Some of my nodes in my DYN project got corrupted that way that the input/output ports are not visible anymore.

It’s a lot of work to replace them with new nodes.

The project was made in 0.7.5 and was not converted to newer/older version. 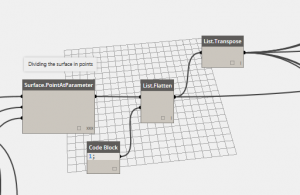 I’ve seen that happen when a graph gets pretty big. Normally I close Revit and dynamo and it fixes it up.

We did a bunch of work recently to address this issue. Should be totally gone in the pre-release builds, but hopefully closing and re-opening in your build fixes it too?

It got fixed by reinstalling the “official” build. I can’t install newer version yet, since some of the packages I use don’t support it yet