Lunchbox Curve to Arcs by Division

I’m looking to rationalize a series of curve’s in Dynamo using Lunchbox’s ‘Curve to Arcs by Division’ node, the result I am getting is shown below. Can any one point out my error? I seem to have the two inputs required but not arcs are returned. Thanks in advance. 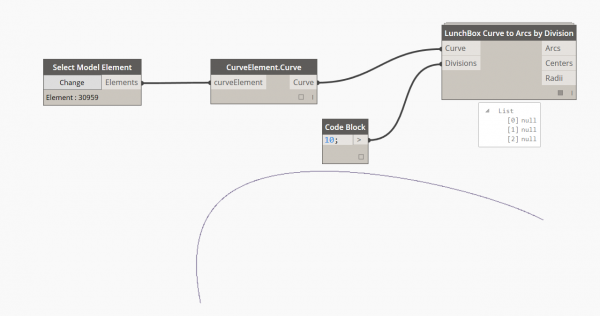 I lust updated my Lunchbox package and was getting the same result. After restarting Dynamo, the node started working again. Also you could try the native node “Curve.ApproximateWithArcAndLineSegments” which does a much better approximation but at the cost of more curve segments. 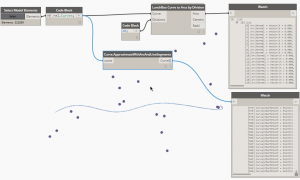 You can do it without using Custom Node. We are having in-built Nodes for dividing Curves.

Thanks, Dimitar for the quick fix for custom node.

Thank you for your reply, I didn’t manage to get it working on 0.8.1 but it’s operating fine on the latest Dynamo Beta version. I looked at the “Curve.ApproximateWithArcAndLineSegments” node however I want to control number arc divisions so that there is a limited number of Radii to consider during any fabrication production.

My aim is to convert a NURB curve into arcs so that consistent Radii can be defined for arc segments. I required the divisions to suit the curvature of the spline/curve so it’s profile can be maintained as best possible when converted to splines, if I divide a curve equally to create arcs the original form may become distorted. As shown below I have worked with the Lunchbox mode and added more logic to increase the resolution of arc segments as the curvature of the spline increases in addition to defining a resolution of arcs and their individual radius. 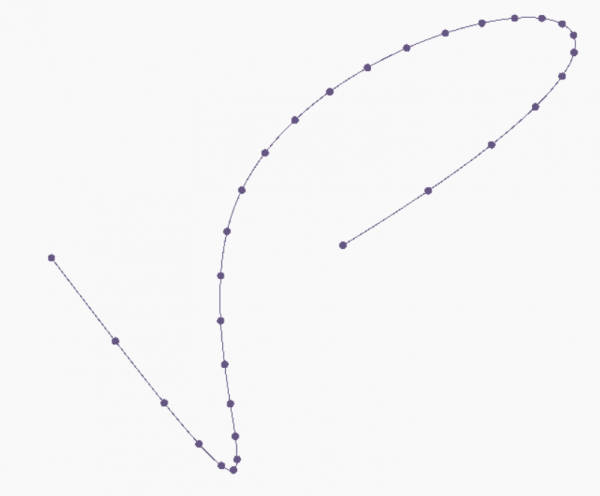 Nicely done! Did you use the curvature node to achieve this??