Exchanging BIM data between Revit and FEM-Design through Dynamo

Based on observed problems in our internship at engineering companies, we (Kasper Nøhr Madsen and Anders Woetmann Andersen) registred unsuitable ways of working in project design. Therefore, we in our final project—at Technical University of Denmark—made a project focusing on the development of an optimized workflow that, among other, accommodates the many iterations experienced in a projects early stages. 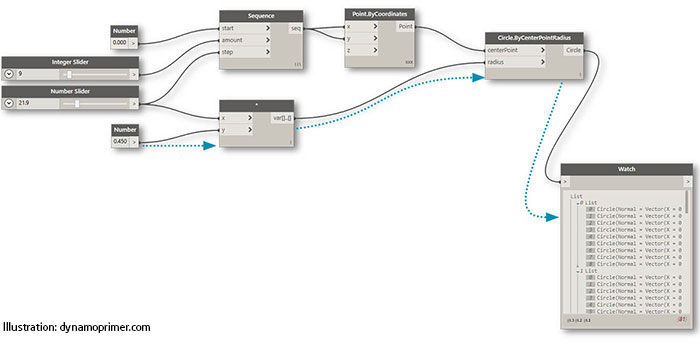 BEng graduates want design programs to communicate with each other - DTU...

Two BEng graduates in Architectural Engineering pave the way for a new work process where data exchange between modeling and static calculation programs can minimize both time consumption and the risk of errors.

The developed workflow involves a preliminary examination and control of the 3D model, a collision control, and a correction of the analytical model. Subsequently, the processes for which the information is required for a load-bearing calculation is added to the Revit model elements. In this process, the vertical loads for floor and the edge connections for walls are defined. Finally, the method in which the results from the calculation software FEM-design is introduced for sending data back to the Revit model. The element namecreated in FEM-design to identify each element in the calculation software and the reinforcement details for each element is also send back to the Revit model.
The project was conducted in close connection with StruSoft who develops FEM-design. Results from our project are implemented in the newest FEM 17 release, so others can adapt visual programming using FEM-design as well. 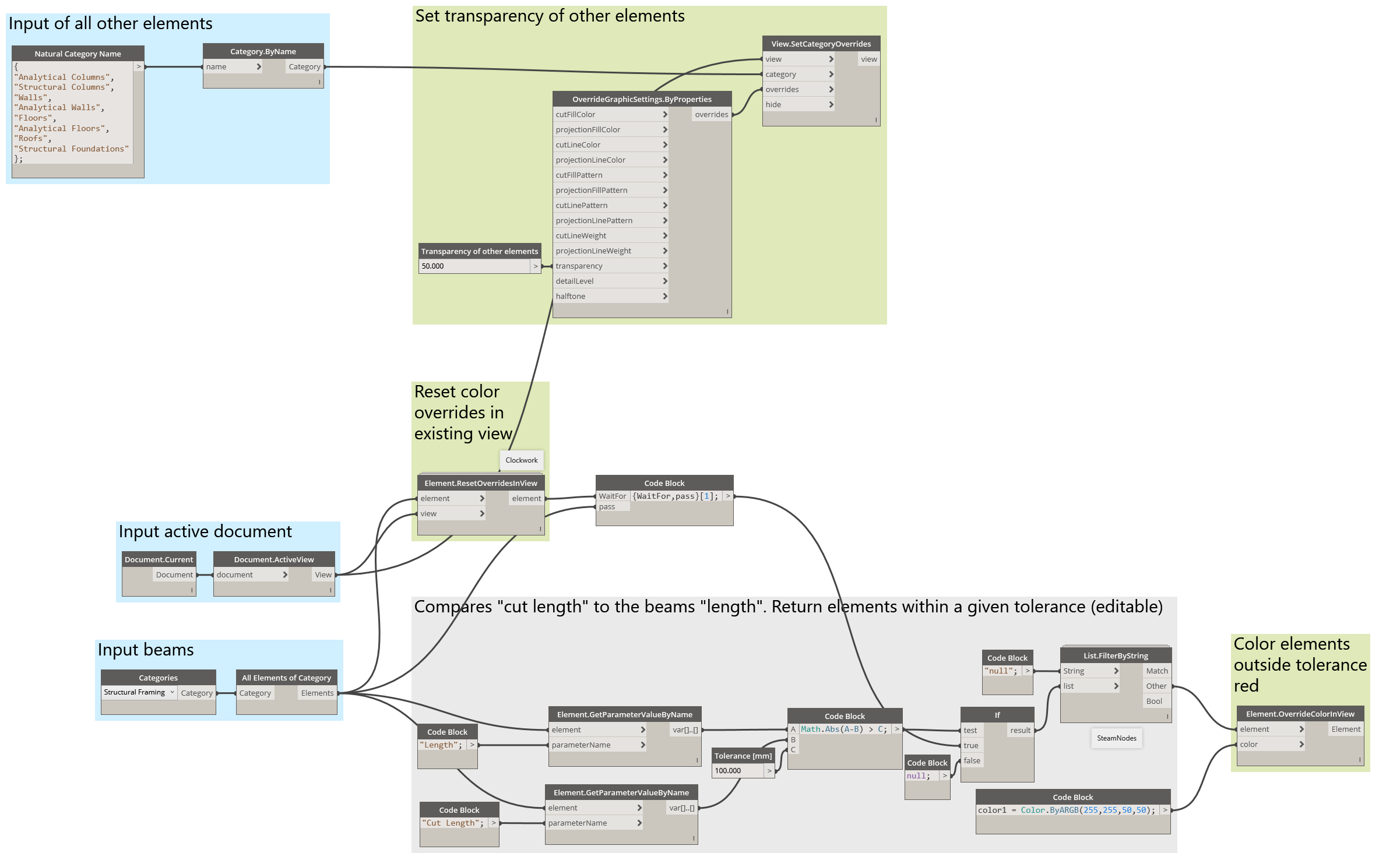 This script is one of the “controls” we’ve worked with during this project. Sometimes the modeled beam length isn’t equal to the analytical beam length, and as such can cause issues for the structural model that is exported to FEM-Design. This script simply compares the two lengths, and if the difference is outside a given tolerance the elements are highlighted in the active view. 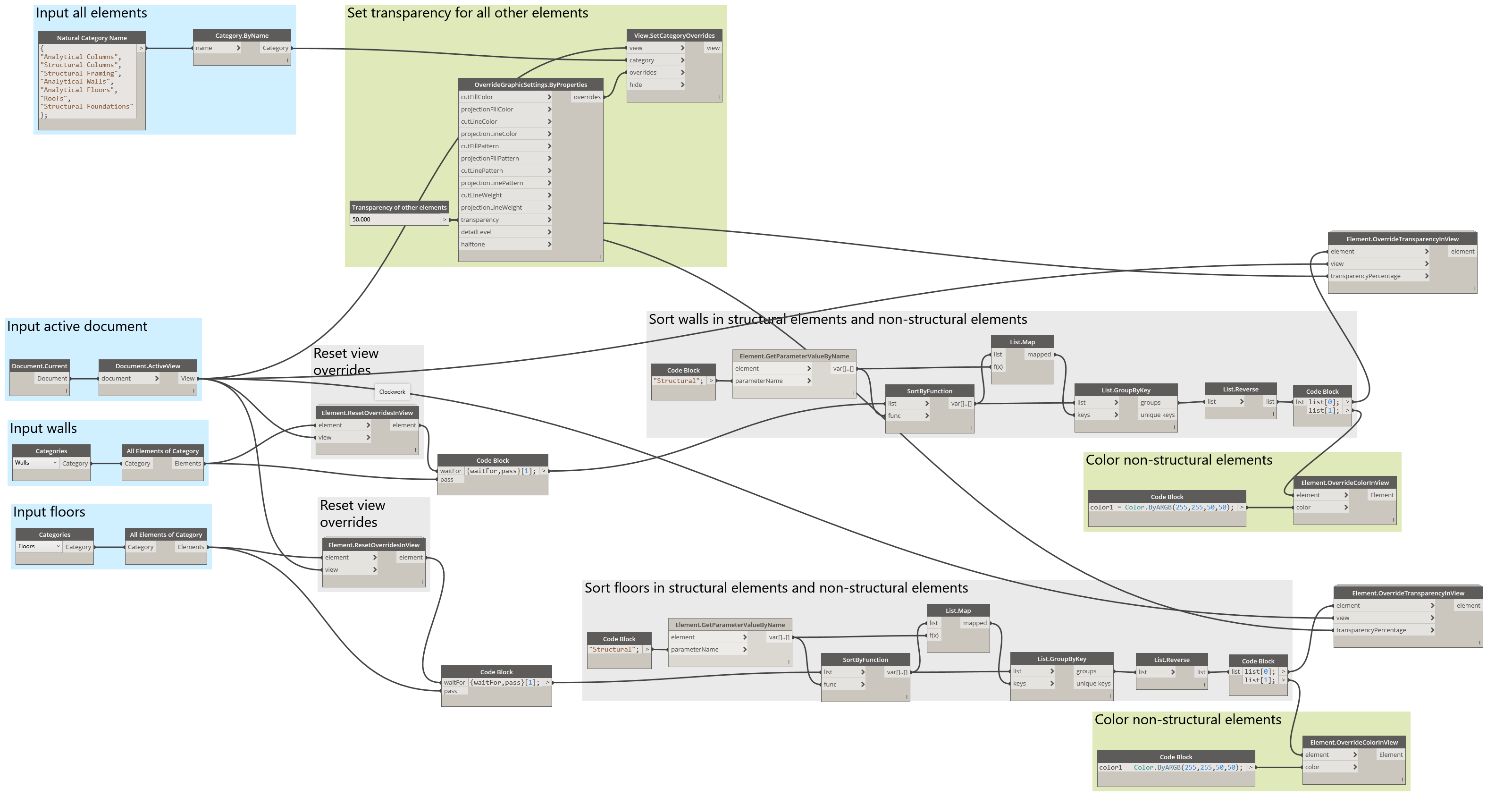 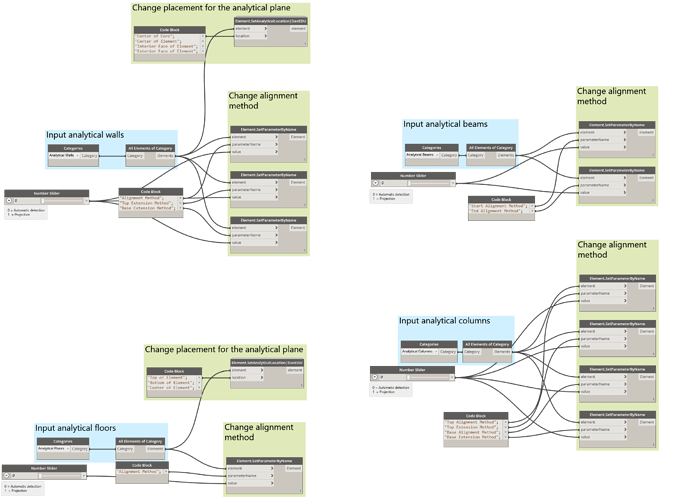 05 analytisk korrektion.png2374×1762 382 KB
This script allows the user to correct wherein each element the corresponding analytical element lies. For instance, this could for walls be in the exterior face, interior face, core etc.

06 tilføj parametre.png2258×1122 170 KB
The script simply creates empty project parameters for data to be added to. This data could be information used in the export process or data imported from FEM-Design such as reinforcement information.
The script doesn’t currently always work as intended. Sometimes a few parameters aren’t added for an unknown reason. The correct way for the parameters to be added is in the following way (and order):

NOTE You need the excel file “lastspecifikationsark” listed on the bottom of this post, wherein data about the different categories and their respective load values lie.

08 edge connections.png4770×1732 575 KB
This script uses the XML file made by the Strusoft Revit add-in (this is browsed to in the Dynamo Player). The walls edge connections should be defined in the empty parameters previously created, either “Free”, “Hinged”, “Rigid” or “Free in Z”. Running the script edits the XML file and the result is only visible in FEM-Design.

09 add ID.png3440×1274 335 KB
The script uses the XML file made by FEM-Design. In here information regarding the ID’s created in FEM-Design lies (such as a wall with ID W.1, plate with P.1 etc.). This information is added to a parameter also created by this script.

15 Likes
Automation of Robustness Analyses (ARA) by the use of Dynamo, Revit & FEM-Design
Dynamo with non-autodesk products
JacobSmall March 24, 2018, 2:23pm #2

Saw this on linked in last night - glad to see it here too! It’s a great example of using Dynamo to work around the historic difficulties of the design process. Kudos all around.

Thank you! It was exciting working with this, especially creating the more advanced functions with Python

Job well done. It was a pleasure to follow the project

For the sake of completeness, this project is one in a line of projects that shares data handling in the span between FEM-design and Revit. The predecessor project was made by @Ahejnfelt in his master thesis. A successor project is on the way that will be announced to summer.

Projects based on Robot is also on the way that will be be announced to summer.

Very nice work here. I’m interested in seeing an example of FEM done right in dynamo but know enough about software development to understand why its more often commercially bundled. I’ve seen Grosshopper code with the engineering calculations done natively and so assume its possible in Dynamo as well. Is the rebar specification outputted actually good enough to use in the field?

I can confirm that it’s possible to run calls directly in Dynamo, but one would have to take the time to create the code to do so (ie write scripts to do the engineering calculations - sheer, moment, bending, etc natively).

Please notice that the previously released DanEDU Dynamo package is now released as the Orchid package!