Currently I have a family parameter called "MGS_NORTH_DIRECTION " in north arrow family.I would like to pass the default parameter “Angle to True North” from project base point to “MGS_NORTH_DIRECTION” . However it doesn’t work. Anyone can help and tell me why?

I understand If I create the same name as " Angle to True North" in the north arrow family, it will work. But if like the case I want to pass one value from one parameter to another, how can I make it work? Many thanks in advance.

You’re feeding the number 97 as an element.
Element.SetPatameterByName accept an element so you have to feed the same Element from where you’re extracting the value 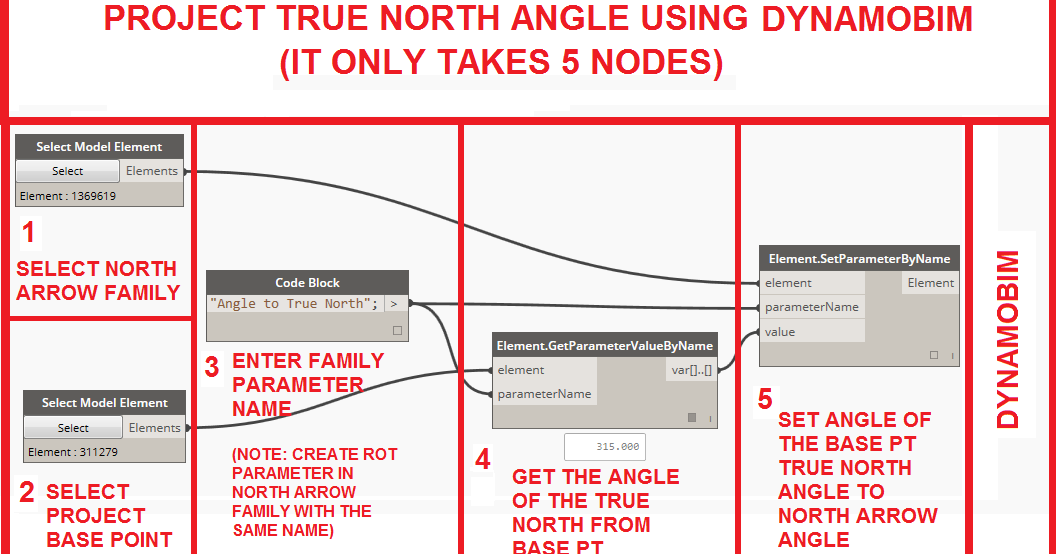 If you have rotated True North in Revit and you want your North Arrow Symbol to always point to True North when displaying PROJECT NORTH in ...

Thanks Kul, I have read this before. but it says we have to burry same parameter name as " Angle to True North" in the north arrow family. It doesn’t say how it works when we have different name. However for company like us we have the naming convention which do not allow us to have a name like that. But thanks anyway.

Thank you Cesare. It works.