I’ve been using the UI nodes from Data-shapes a lot in the past but I’m only noticing a glitch right now.
When I want to have multiple inputs shown at once something goes wrong.
I want to combine a list view, a dropdown and textbox input in 1 UI pop-up.
But when I have this configuration, the inputs will sequence each other in different and seperate pop-ups… 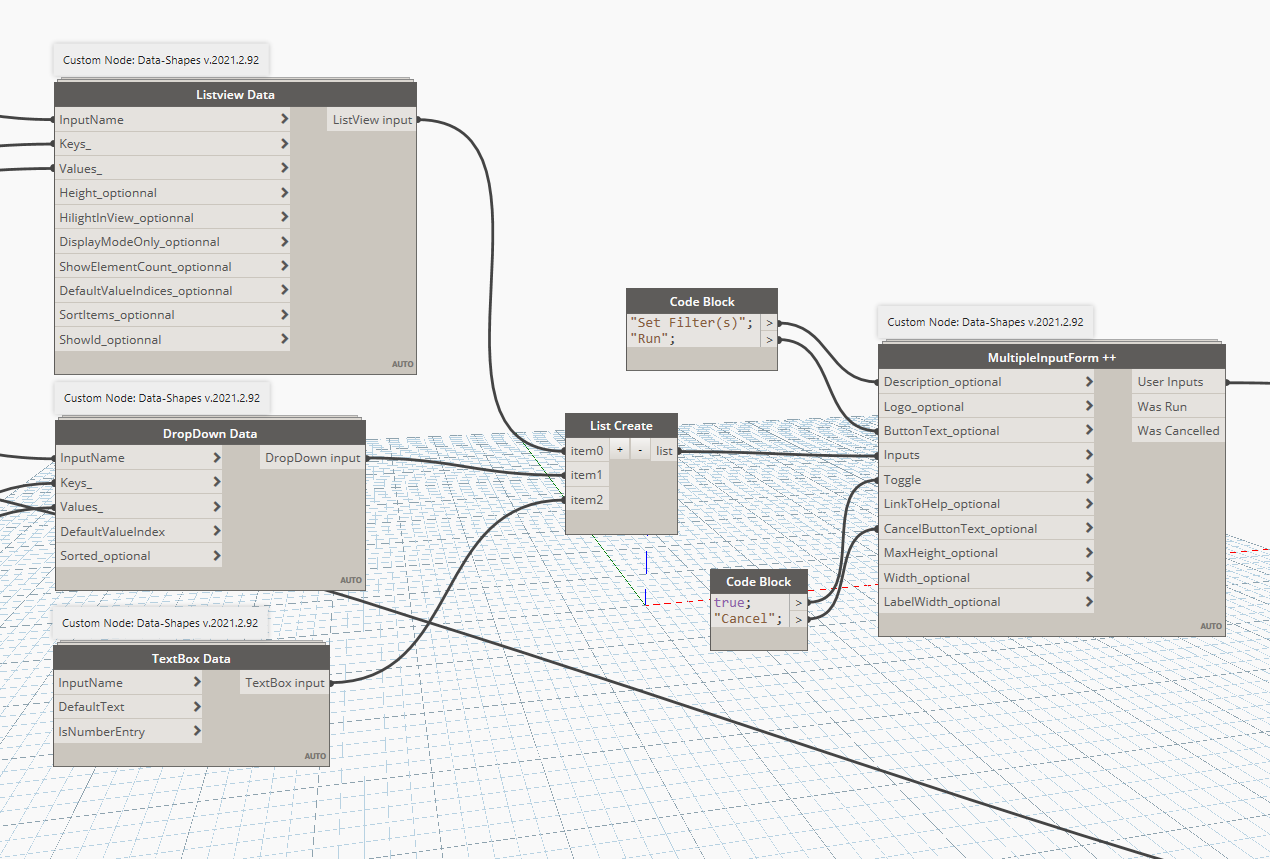 When I remove the listview input from the inputs however, the dropdown and textbox input appear together in 1 pop-up. 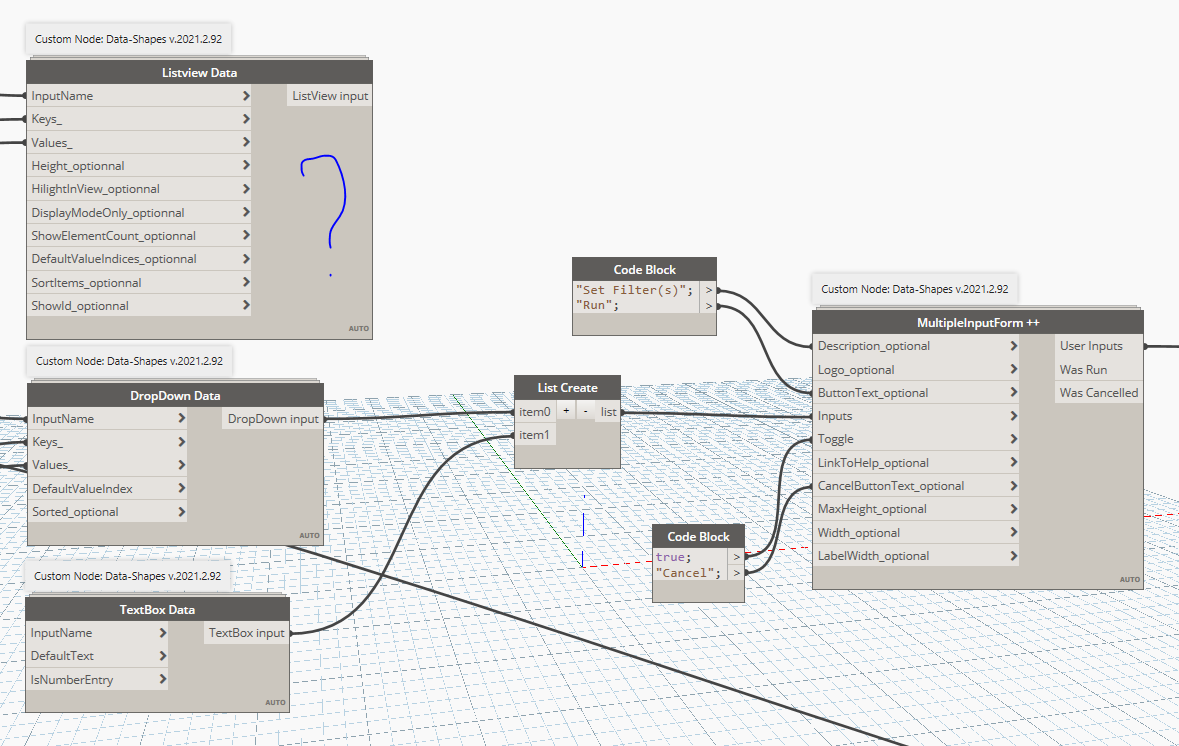 So the create list node works fine, but when I add the listview input, the pop-up is split per input…

I’ve tried changing the order but that doesn’t help.

For some reason the data-shapes website is not availible for me, I’m getting an error each time I want to acces it. Does this happen with anyone else?

Check the output from your ListView Node, compare it to the other 2 outputs. They should all three be the same depth.

The script for those interested:
Change schedule filter value.dyn (97.9 KB)