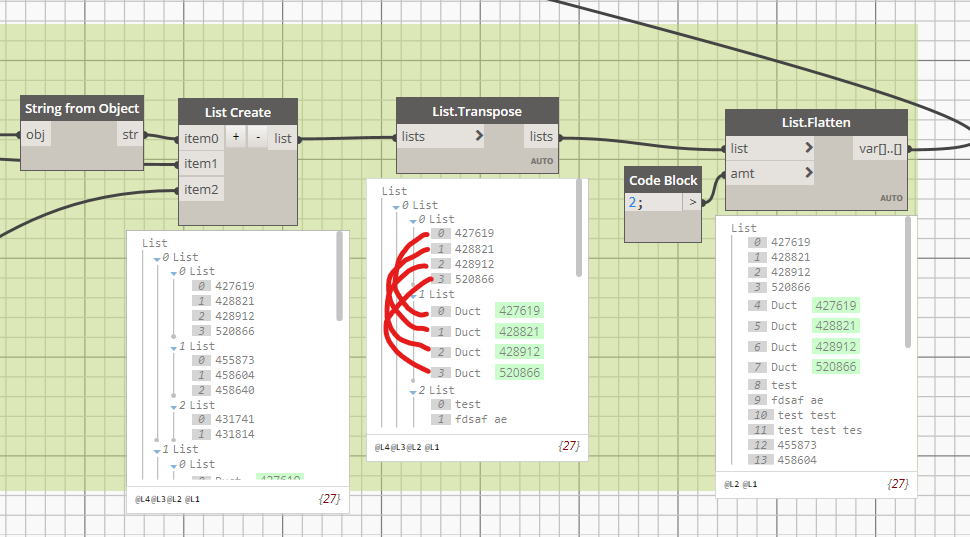 and so on. I hope this makes sense. I know that typically the transpose list node does this but it just undoes what it did previously.

My goal is to export to excel and i need the list in excel to be vertical (by row) and not horizontal (by column).

So far i have it by row but i can’t seem to have the values show up as i marked it above.

Thank you for the help and spending time training this old fool.

I’m not sure I quite understand the final structure you’re going for but try playing around with list levels. I think you should be able to get what you want. It may take multiple transposes though.

Does your workflow require that you have these subgroupings? Or to say it another way, can your 6-digit numbers (and also your duct elements, and also your text) be done in a list of 9 versus having three sublists?

If so, you can flatten the list @L3 before transposing. 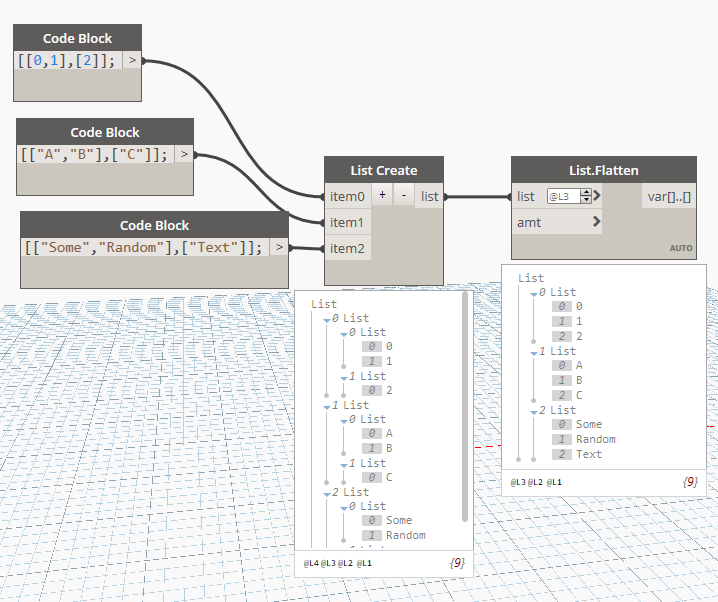 Thanks for the help @Nick_Boyts, i went ahead and just placed more list.transpose nodes and after messing with the levels it worked.