At the moment I’m working on three scripts to tag elements by a script.

The first script I’ve completed and it worked!. With the first script I want to tag all the curtain walls with a value in a parameter. Besides this, it also tag all doors based on a list which I’ve created.

With the same way of thinking I’m started to create the second script. With the second script I want to tag specific elements in an assembly view. When I run the script it says “Run Completed” but it didn’t tag the elements. In the image below you can see in the first watch node all the elements. This list I’ve filtered and in the last watch node you can see the 4 filtered elements. 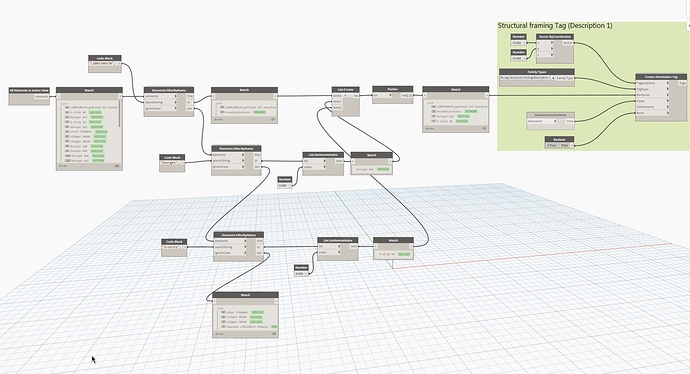 place a watch node behind Create annotation tag and what is the message of the wacht node?

Yeah thanks, I forgot that one. But somehow the “Create Annotation Tag” didnt work as I wanted. Meanwhile

Instead of creating annotation tag I switched it to the following node: “TagElementbyoffset” and using vector coordinates. While testing the script, some views it didn’t tag the elements and some views it did tag.

Is this because sections and elevations work with and x and z coordinates and plan views with a x and y coordinates? 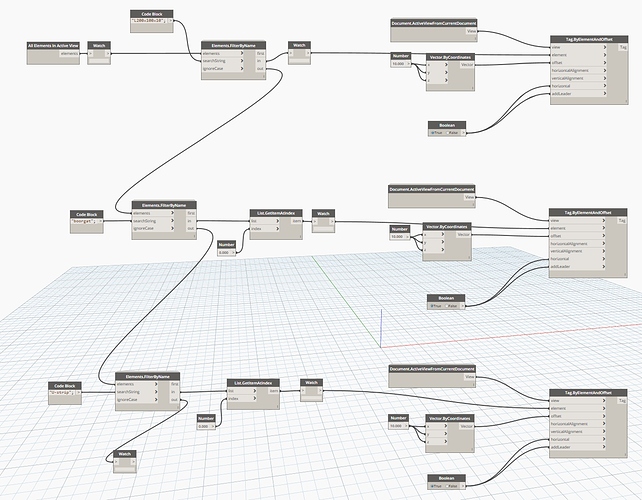 I didn’t try “Tag.ByElement” in section so I can’t answer you.
Tag.ByElement doesn’t have an input for Tagtype, so if you need to change the family type of the tag, you can use SetParameterByName.

You could try the node Tag.ByElementAndLocation and see if that one works in elevation views

Ok thanks for the tip! Is it also possible to change the tag instead only family type of the tag?

I think the issue with your Create Annotation Tag is that your tag location is a vector. You need the location to be a point on the element being tagged.

Hi guys,i began to discover dynamo 1 week ago. i am working on a script to put annotation on selected pipes but don’t work… the goal of my script is to put the tag just in the middle of the selected pipes, if someone can help me, thank you 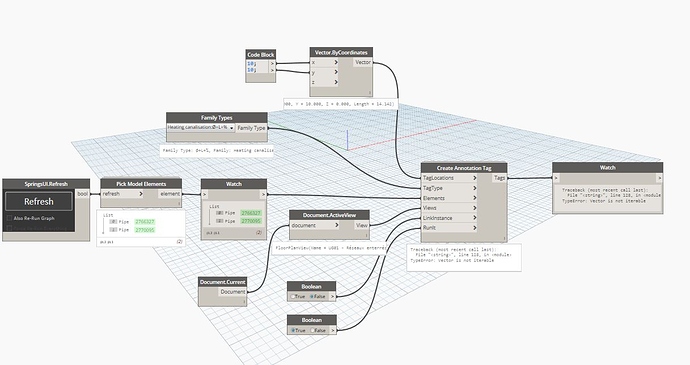 You need to input points in TagLocations.
Use PointAtParameter node from your list of curves. 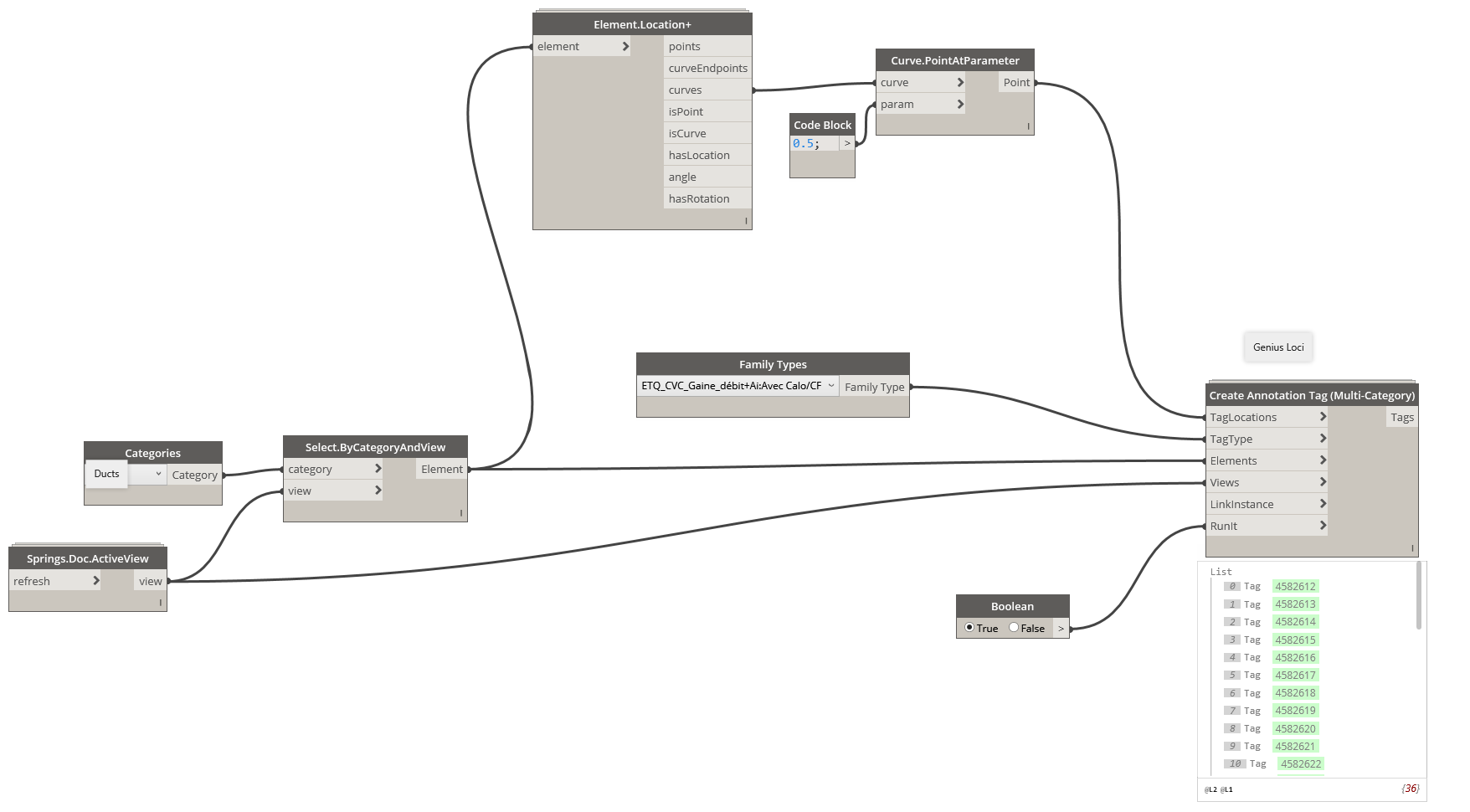 okay that’s working very well but that’s create points in my view, do you know how don’t see them?

Blue points ?
Close dynamo and the temporary points will disappear or disable the preview in dynamo.

I’m trying to tag a structural framing element at it’s default location (with no leader) within an elevation view, but it looks like all the tag nodes require an offset vector relative to the active view. Unless there’s something I’m missing?

what version were you using?
the create annotation tag node doesnt work for me.
Thank you in advance