Seamless loft. Is it possible?

I’m trying to model a roof structure similar to the London Museum Courtyard roof. I can loft the bottom square profile and two circular profiles, but like in Revit, the result isn’t one continuous seamless surface, but one with 4 seams in it. Therefore i’m unable to populate the surface with continuous panels. So what I’m trying to do is to create cross section curves and loft them. Unfortunately, without success. If you use the bottom rectangular curve as guide curve, it fails. If you use the other circular curves as guide curve you do get a lofted surface, but one that stretches out of it’s boundaries. It there a better way to do this?

That discussion doesn’t provide a ‘seamless’ solution, though.

Since one of the edges has corners, a seamless solution is not really possible.

In the images you’ve attached the seams exist, but are obscured.

if you got that thing modeled in Rhino why bother with re-creating it in Dynamo. can you use Mantis Shrimp to send it over? Mesh or nurbs surface should come through just fine.

Actually, I haven’t modeled it in Rhino. I got the image from the internet. I wanted to know how to create multiple rail sweeps/lofts surfaces in Dynamo for seamless surfaces, which in turn enables you to have a continuous divided surface. The London Museum Courtyard roof was an example off where such a seamless surface would enable you to apply a continuous triangle or quad system on it. The New Trade Fair Milan is also another example of such continuous surfaces. 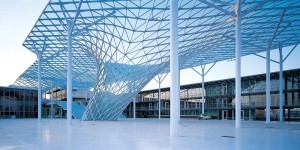 I am going to offer up a guess that these examples were not created in Dynamo. Grasshopper will be my guess. Kangaroo will be my guess for a specific tool used. Outside of curiosity, is there any other reason to try to re-create them in Dynamo specifically if this can be done relatively easy with Grasshopper?

My advise to anyone is always use the right tool for the job. Dynamo is not the “best” tool to achieve this.

I’m exploring the possibilities of dynamo. While Revit may be a tool specifically for architects, ironically it doesn’t have the advanced modeling tools you would expect from a 3d architectural software or any 3d software in general. This is the reason why our designers still use rhino exclusively for pretty much everything. In concept Dynamo could be the tool to be bridge that gap as it’s already contains nurbs, 3d fillets, chamfers etc. In due time we can replace rhino/grasshopper and model everything directly in Revit/Dynamo since we use Revit for CD’s. I’m sure there are a few things that can be done in Dynamo as easily as Grasshopper. But if not, well then we will have to stick to Grasshopper.

I’d have to agree with Konrad here. Dynamo’s geometric capabilities are still not quite there yet. However they are still leaps and bounds ahead of what Revit has to offer. Here’s a quick demo that i botched up together in a minute, that loosely resembles the above examples: 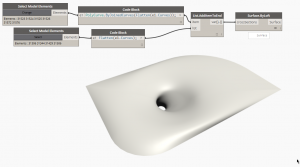 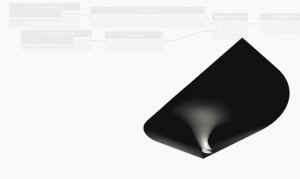 And here’s the result in Revit: 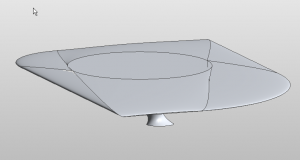 Unfortunately, I can’t do much with the Dynamo surface at this point, because it is actually an undercover poly-surface. Dynamo’s geometry engine is not capable of rationalizing such complex shapes at this stage: 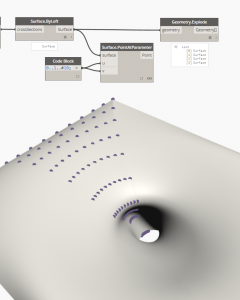 I was able to create a form similar to the Milan Trade Fair canopy in Revit CME, without Dynamo. Although one seamless surface was created, when surface was panelized, the limitation of Divide surface tool became very apparent. Since this is a Dynamo forum, I will not go too much into detail. But you can find more info here.

Give it a shot. I just created this in less than 10 minutes. 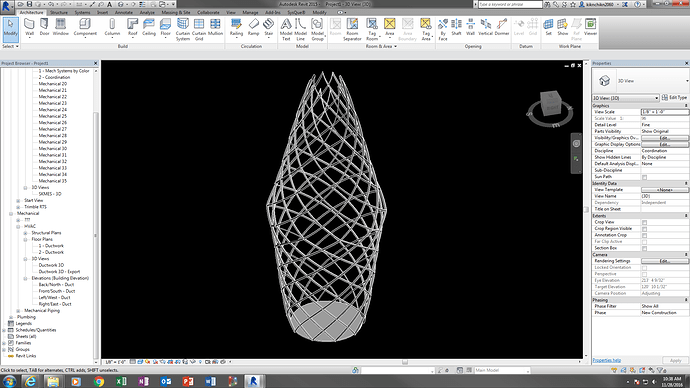 It’s not entirely accurate that Revit will not create complex shapes. Most people just don’t know how to achieve it. You have to think outside the box.