I found an older discussion where revit links were reloaded from a folder (Bakery and Genius Loci package has a node for that since than).
How can I reach a solution where I have a list of path (from CSV) and a list of revitlinkinstance and they are reloaded from that given path? 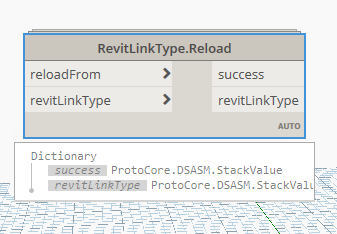 Try this from clockwork. Link the csv path to the reload from and the link Type, and hit run…

Here is another way to repath the RevitLinkInstances :

I had old package. Working. 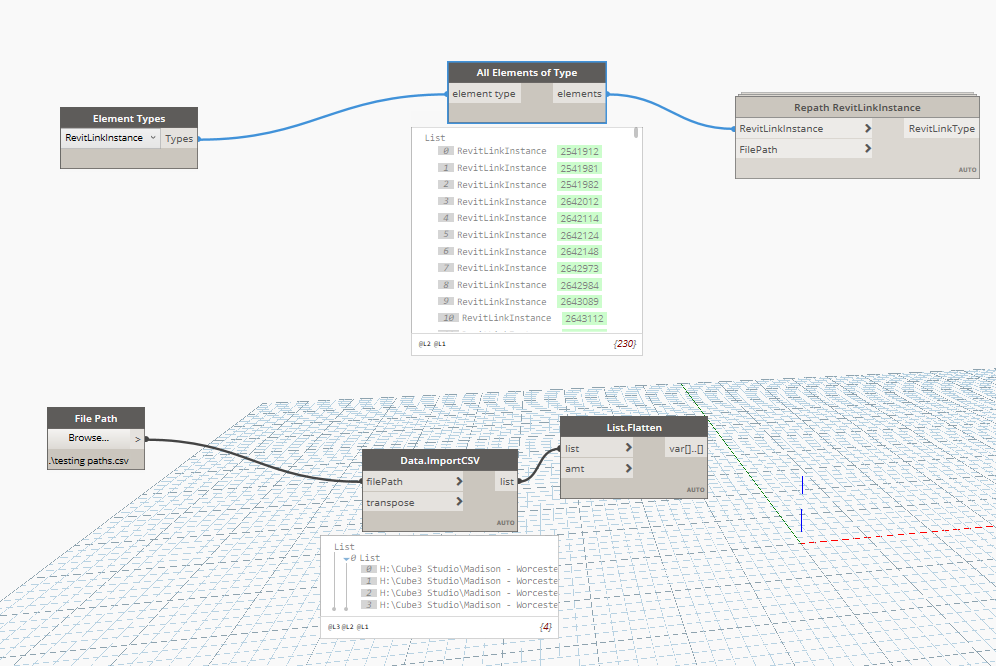 Hi, I’m having an issue where I have fewer links than the instances that they’re used in the document.

4 links, used 230 times. When I try to repath, it loads in the link but not at its original location and the original link remains unloaded/Not found but now there is a new copy of the orginal link, resulting in duplicates of the original links.

This is not the right node for your scenario.
If you have several instances of the same link Type, use the Repath RevitLinkType node.

You need a Directory Path (Folder) not a FilePath for this node.

this worked, thank you very much!

That’s been my scenario. I need to relink from BIM 360 paths not folders. I don’t think csv files would do it. Would using a relative path method with these nodes help?

Hello, it works, thanks. but it is only for RVT files, i want one for IFC. do you know how?