In my Dynamo code I want to override some elements in Revit with a specific color, and some of them with a given transparency. I’ve managed to do both seperatly but I’m not able to give an element a color and a transparency at the same time. Any advice?

Are you using Python or just Dynamo Nodes?

Dynamo nodes, since I’m not familiar with a Python script.

If using Nodes - each node runs separately, so one will change color, and then later the next node will deal with transparency. Both changes cannot occur simultaneously. I’m not sure if the use of nodes prevents multiple overrides. I use Python for doing this. Can you upload your script or a snapshot of it?

Yes, I already thought that a python script might be necessary. Can you specify which information you exactly need, since my dynamo code is quit elaborate? Basically I have two lists, one with the elements that need to be overrided with a color and another different list with elements that need to have given transparency. Some of the elements are on both lists and need to contain a certain color and a certain transparency at the same time.

I just need to see what nodes you are using. I would suggest looking at the Archilab Grimshaw package if you are not using it. It has some nodes that will allow you to deal with both transparency and color at once.

Okay, I’m not using this package so I will look into that, the nodes that I’m using for the transperancy are:

And for the colors:

I can’t find the node that I’m looking for in the Archilab package. Is it possible that you share your thoughts on the Python scipt method as you suggested before. And thanks a lot for your interest in solving my problem so far 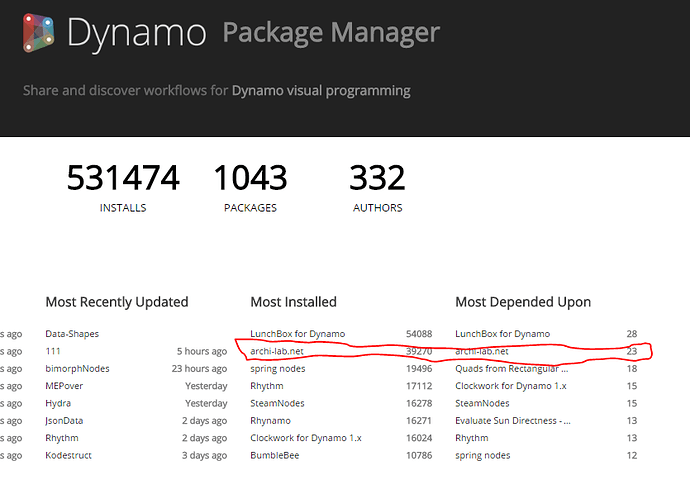 Actually, what I meant was that I couldn’t find the right node inside the package that combined the colors with transparency. The package I already found.

I actually think these are OOTB on 1.3.0 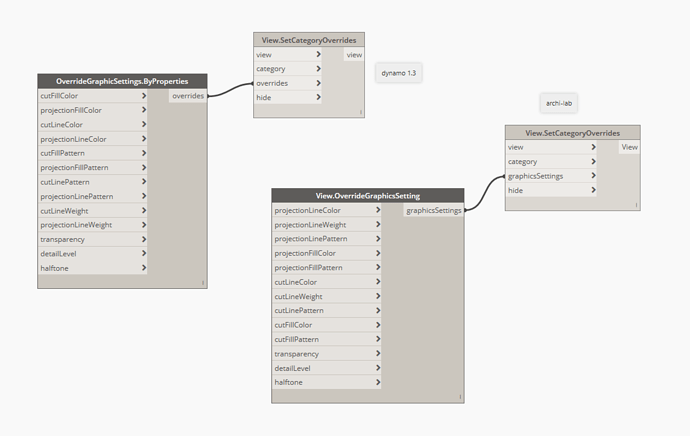 I would recommend using the OOTB Dynamo 1.3 nodes since I will probably deprecate nodes that are in my package. I just need to verify that OOTB does exactly what mine used to do and i will delete them.