Newbie question: how do I put a graph together back in build 0.6.2

I’m trying to learn and do things in Dynamo simultaneously, as my firms needs appears.

So I made this graph, that works fine and was at some point easy to assemble because all the nodes I needed are found in build 1.2.

The issue: I must do a alternate version for the same graph so it can run in Revit 2013 — as my firm still uses many licenses in many new projects to this day. BUT, the graph starts with node “Categories”, but no mather how many packages I install in Dynamo 0.6.2, I can’t find a similar node to start the graph. 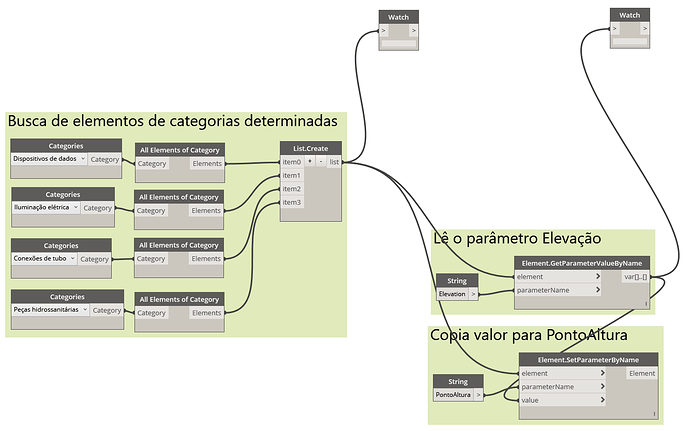 That said, how do I walk around this? I’m supposed to do a custom node in text code, ritgh? C# or Python?

You could spend a long time reading through the options on how to rebuild that stuff using zero touch nodes, design script or Python, and learn a lot doing so, but it may all be for naught as things have changed a TON since then so it may not readily be doable by today’s methods, and learning the old stuff just to have to forget it will only set you back in most cases. You’re going back to very near the beginning here, don’t expect things to be pretty.

A better use of your time would be to upgrade your software. If not Revit than Dynamo. Assuming you can’t upgrade Revit (and really there isn’t a good excuse as to why you can’t at this point - you’ve had 5 years to prep for this), Dynamo is the only option.

According to the dynamo Primer 0.6.3 is compatible with Revit 2013:
http://dynamoprimer.com/en/08_Dynamo-for-Revit/8-1_The-Revit-Connection.html

Upgrade Dynamo to 0.6.3 and see if that provides the content you’re after.

Side note: I believe that 2013 hasn’t been supported for 2 years now, nearly 3. You really need to upgrade the old jobs, as if it does go bad you’re on you will be on your own (unsupported). If not for the peace of mind and protection on that front, then do it because the software is faster, more capable, more stable, and more reliable in the current (2018) version.

Thank you for your reply, Jacob. I couldn’t agree more you with regarding software update. It isn’t my firm. I’m just an employee — not even the official BIM Manager, although I’m doing some of the job. Unfortunately, the board of directors decided to keep many licenses in many versions, mostly because of budget concerns above my payroll. I’m trying to do my best with the tools I have. Don’t even get me started about “peopleware” LOL.

Disclaimer made, back to the core of discussion:

I’ll follow your advice, uninstall it all and give 0.6.3 and 0.7.0 another shot. However I’m trying to learn some C# and Python to catch up.

If you do end up having to use Dynamo 0.6.2: Back in the day (before I published Clockwork) I had a lot of small packages on the package manager. One of them was called “Select By Category” - it was basically the prototype of what in version 0.6.3 became the OOTB nodes “All Elements of Category” and “Categories”. You can still find it on the package manager (although it is marked as deprecated).

EDIT: Here’s a list of all the packages that were later combined into Clockwork 0.6.3: https://github.com/andydandy74/ClockworkForDynamo/wiki/Deprecated-Nodes-&-Packages#pre-clockwork-packages
(But I do agree with @JacobSmall - better try making it work in 0.6.3…)

Thanks Andreas. I noticed this orange node, but I don’t know what to do with it. I’m at home now and only have Revit 2018.2 here, and can’t remember why did not work back at the office — probably was trying to find another node that didn’t exist at that point in previous builds. However, don’t the orange background stand for undefined (not working) nodes?

No, not in 0.6.x. Back then, a node would be orange if it was ready to be executed (i.e. not missing any inputs). Regarding what to do with it: You would plug the node of the desired category into the “Get Family Instances By Category” node.

If I may ask, does any of you guys know where to find the node legend for previous versions? I noticed Dynamo is changing pretty fast to improve, but I’m getting lost with it — like the ready to use/missing input misunderstood. I only found the recent node legend.

You are in a situation where you’re going to have to manage old and new versions and/or recreate work which has taken a team of professional developers and passionate volunteers years to build, right?

@JacobSmall, this is what I’m talking about regarding node colors scheme: 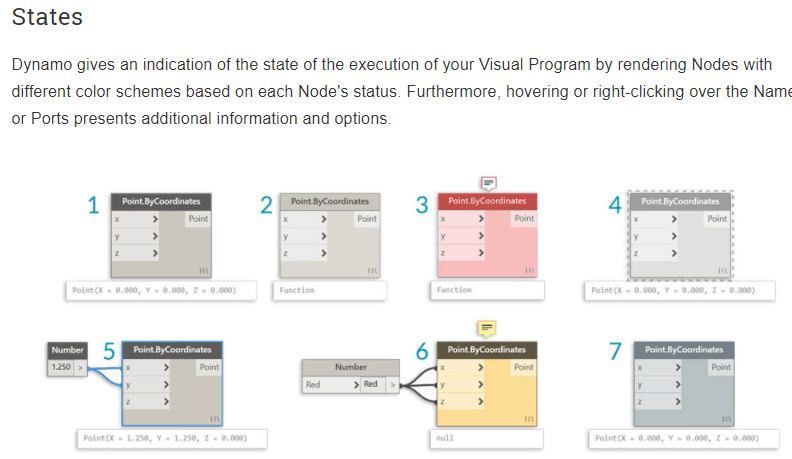 Not sure what you meant for

We never had a team of developers or Dynamo guys in the office. Only a previous BIM Manager that trained all employees in Revit, but departed some years later without complete our BIM Standards. So I’m trying to improve some things back at the office, trying first of all, eliminate annoying tasks that any employee would forget to do. That’s why the graph I put together is copying “Elevation” value to a custom shared paremeter. Some of our families will now have built in tags to display the values in specific situations, and I can’t rely on people to simply remind to copy one value to another.

I’m not sure where to find that graphic for the previous versions. @Andreas_Dieckmann’s head holds a lot of treasures but I don’t think anyone has properly added a google search to it.

Best guess would be to look into the older documentation, which can be found on the blogs, wiki, github, and the like.

I was trying to indicate how much work you’re taking on. Attempting to do new stuff in old versions will require you redoing the work of the dynamo development team and the many talented package managers. Basically I’m warning that attempting to have a version for 2013 and 2018 for all your graphs is going to lead you down a difficult and time consuming path.

I was trying to indicate how much work you’re taking on. Attempting to do new stuff in old versions will require you redoing the work of the dynamo development team and the many talented package managers. Basically I’m warning that attempting to have a version for 2013 and 2018 for all your graphs is going to lead you down a difficult and time consuming path.

Oh yeah… I’m aware of that and already regreting

… As I’m just beginning, I hope this is the first and last crusade between the to versions. And hopping the decision maker’s pace accelerate so we’ll no longer be overtake by software versions.

I hope this is the first and last crusade between the to versions. And hopping the decision maker’s pace accelerate so we’ll no longer be overtake by software versions.

I hope so as well. Don’t want this to turn into a public discussion on the licensing options (best talk to someone at Autodesk who does that stuff), but your decision makers may have missed the advantages when the switch to the subscription model occurred.

Back to say that I started following your advices… Cleaned up the previous Dynamo 0.6.3 installations and installed again. Started to put the graph together once again, and that’s the result. 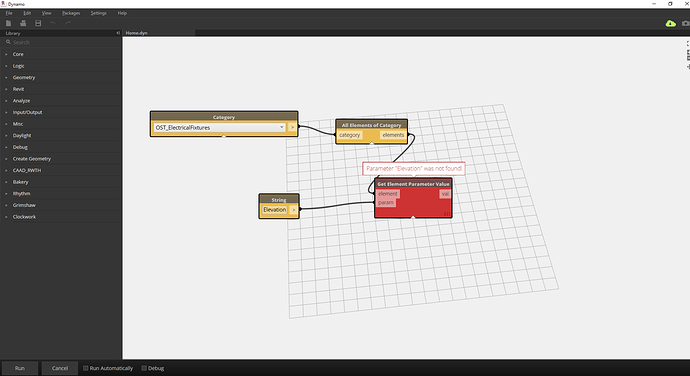 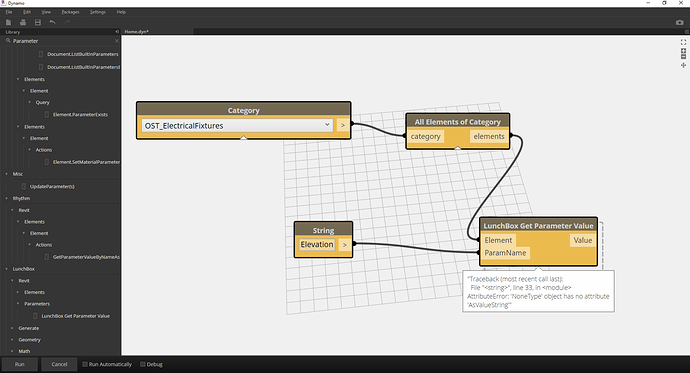