I’m trying to create a filled region with a herringbone pattern at a specific scale and rotation.

I’ve managed to create the pattern and scale it.

I used this to grab an existing herringbone pattern (that’s the pattern I want).

Then I’ve copied that info and used this node: 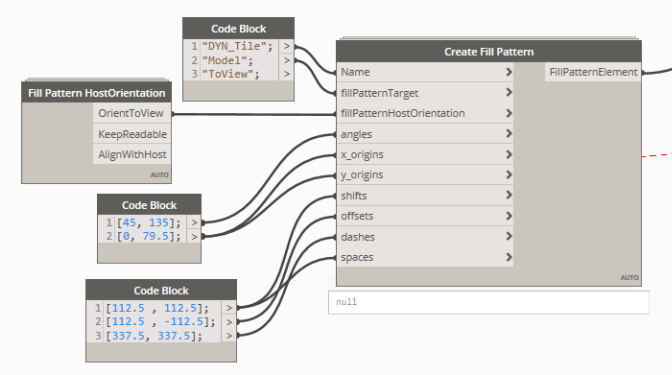 How do I rotate it?
I tried, “align to host but wasn’t quite sure what the host was” .
I tried changing the angles but it messed the pattern up.

i would at all switch to pyRevit

I have no problem making the pattern manually.

I want to automate it though, so I need it in Dynamo.