MEP Pipe with fittings from CAD. Error : "str" object has no attribute "Id"

As its a popular topic, I tried to get this to work but I am unable to do so. I have followed those two threads below.
Pipe from cad
Pipe from Cad 2

My question is :
Coold you help me debug the code?Script and code below with the error.
BONUS: If possible, a hint in how can I create any fittings and connect to sprinklers? I Have already put the sprinklers using DataExtraction from AutoCAD. 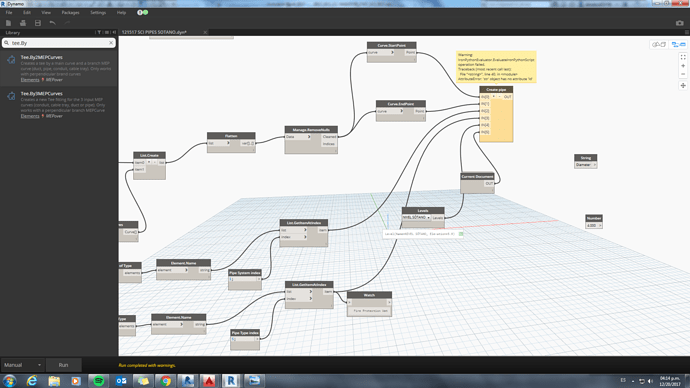 Cant upload my .DYN so, 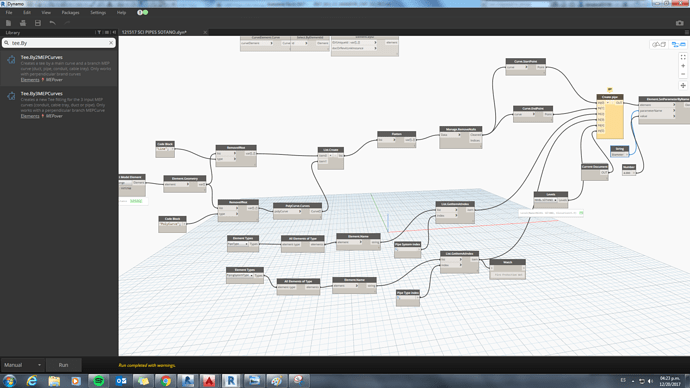 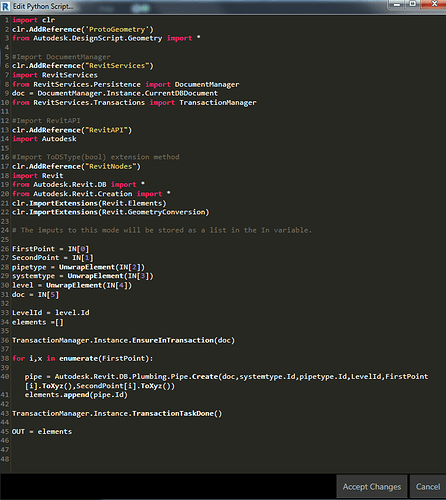 Could you show the dropdowns of all the nodes in your script so we can verify your inputs into the node? 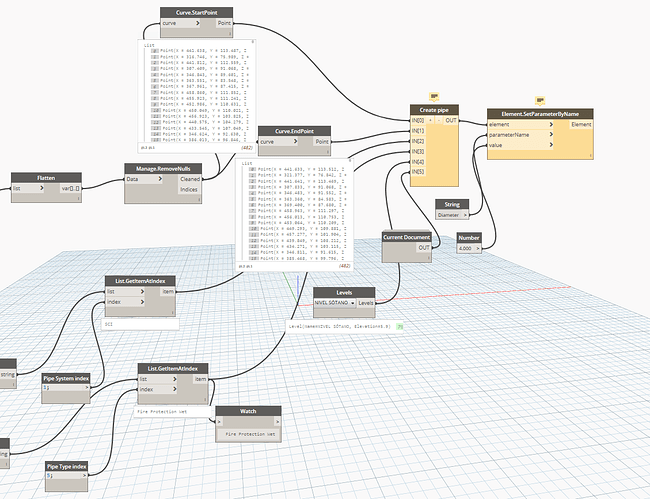 Here is another one of the ones to the left. 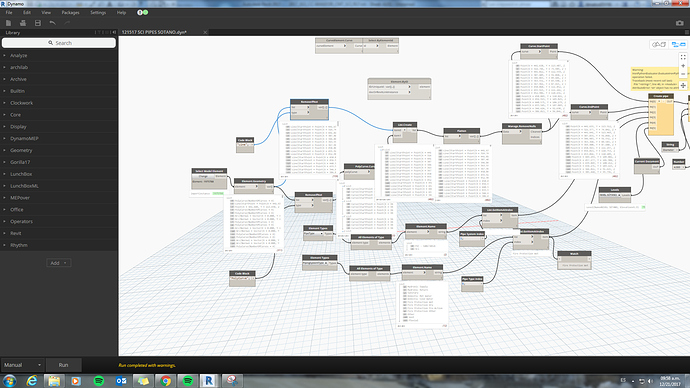 For the Pipe Type and PipeSystemType you are inputting strings instead of the actual types. Try bypassing the Element.Name node.

I guess out of all things, I didnt try that. That did the trick, but now I get the error shown below. Is it possible that it can create the pipes but with fittings and as a network?Because every single pipe creates a new system and I am trying to make all of these a Piping Network. Thanks in advance 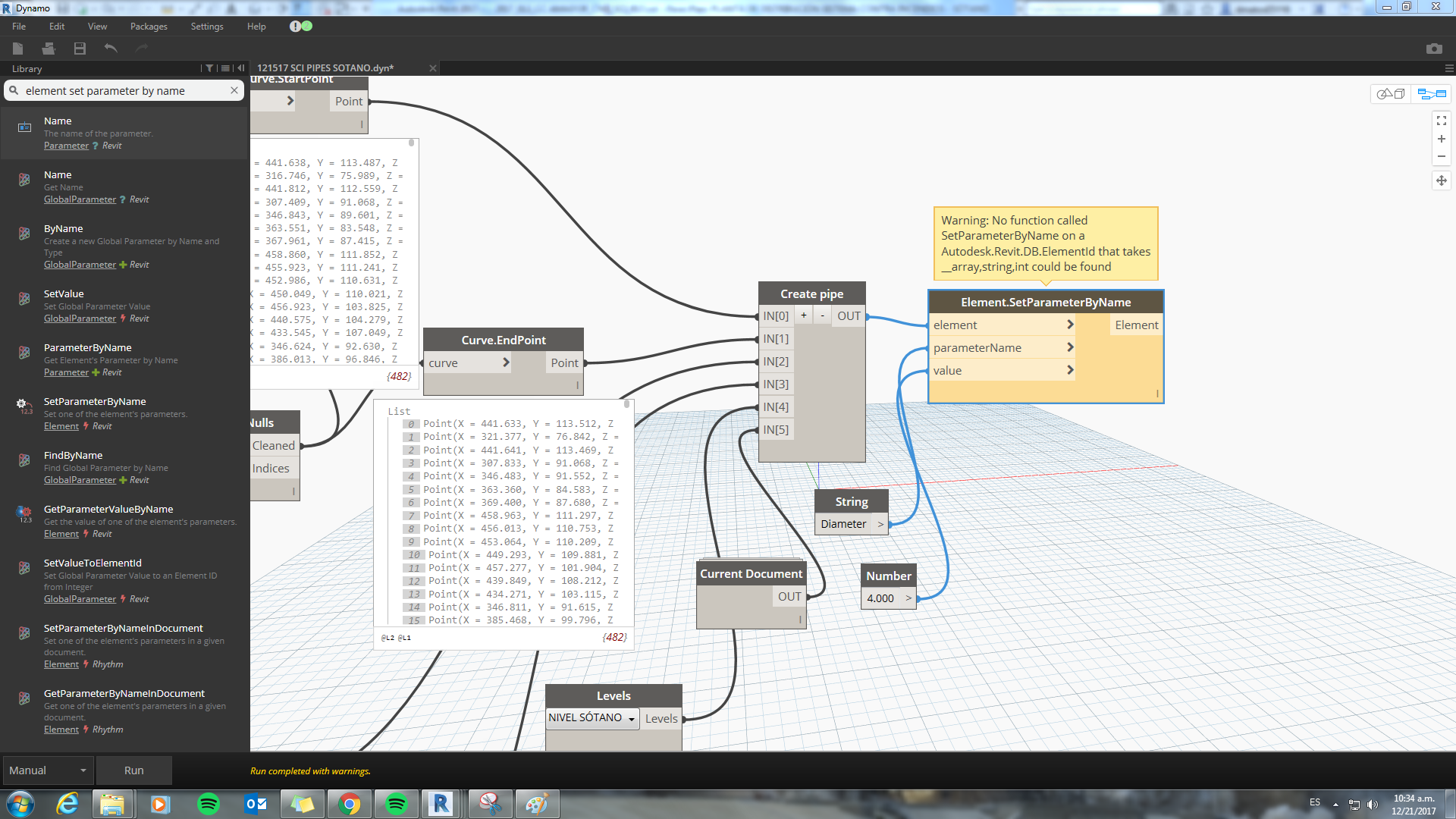 @T_Pover has a few nodes in MEPover to delete system, add a new system, and add elements to a system. I would use those in some fashion.

Which are those? I am still struggling to get any fittings or put them in network. There are too many pipes to do this individually.

The one that could work is MEPFittings.ByMEPCurves but it takes two lists as inputs, but I dont know how I could split the list into the closest pipes. 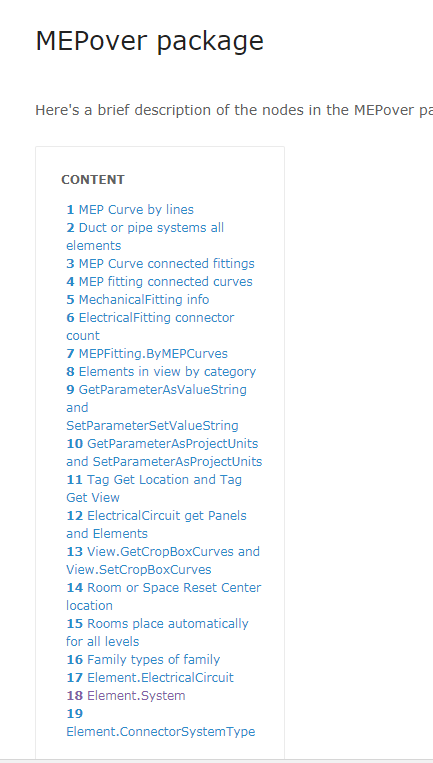 Under the MEPover > Revit > Systems 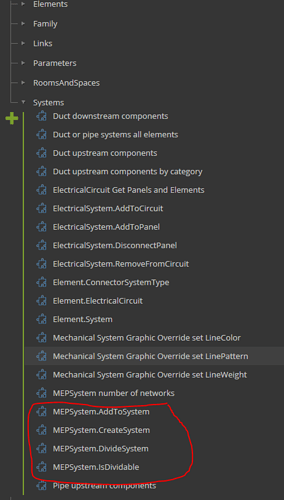