Hi everyone!
i have a problem with “Id to Element” it always work well but this time even if i do the same things and steps as usual it starts giving a problem.
It shows: Attribute Error: ‘NonType’ object has no attribute ‘ToDSType’
what does this mean? 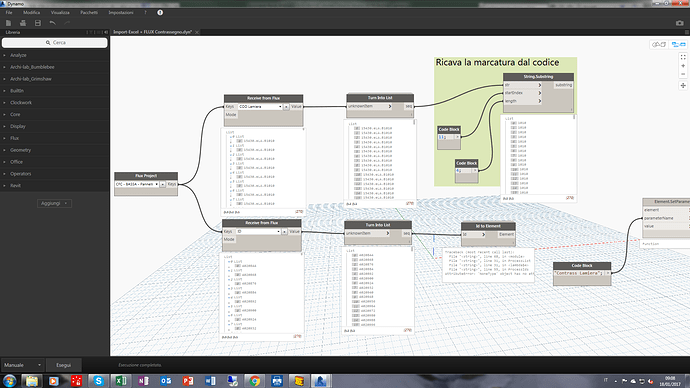 i don’t find any String.Value in the browser on the left side.
I found String.ToNumber instead but it doesn’t work 'couse Dynamo recognize the string as a number and obviously can not convert it to a number again

Yeah that’s the node you need to use. Have you tried flattening your list before connecting to this node?

Have you tried flattening your list before connecting to this node?

The version of Archi-lab package that you are using is old. Please update your package.

The Archi-lab package that i have is old, but when i try to update it with the last version it tells me that it needs to uninstall the old one (and that’s okay) but it remains stuck even after hours in uninstalling the previous package

just done 3 times with no results…

You could use Internal Selection method.

i finally intalled the new version of archi-lab.

how can i use this if i need to insert something as a text into a parameter matching it by the id element, i don’t need to extract the IDs 'couse i already have them.
I need to do the opposite: match the element by my IDs and assign to a parameter of this element a text. 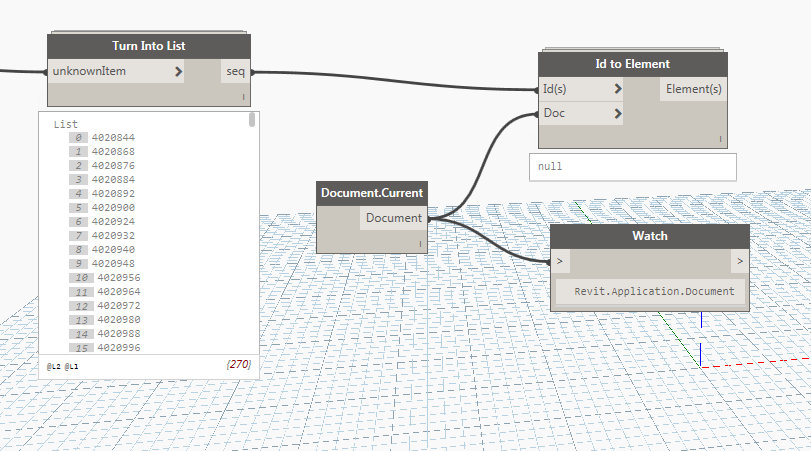 how can i use this if i need to insert something as a text into a parameter matching it by the id element,

@francesco0berri Here is one of the possible way

this doesn’t work with me

Did you see this thread in the meantime?

Id to Elements, what happened to the node Packages

Hi, @Andreas_Dieckmann ??? If i do a search in my packages, i find that the node “Id to Elements” from the clockwork package is present in the packages provided for Dynamo 1.0 and not anymore in the 1.2 package. Is this node renamed, depreciated or replaced by something new? Which node should i use instead? Thanks in advance Marcel

@francesco0berri You will find it in library. 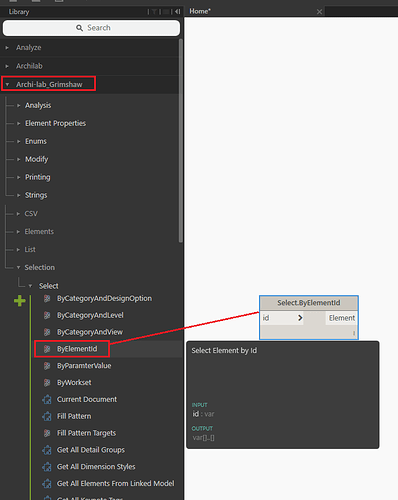