I’m working on a new dynamo workflow that places a void family in the floor where columns are passing through it. I have created a face-based void extrusion floor family that works perfectly when i manually click on a floor in revit but when i place it in a floor through dynamo it doesn’t actually form the void cut, instead it sits within the floor element as a solid. (I have enabled the cut when loaded tick box in the family)

Also see picture below showing the void family placed at column intersection but not actually cutting the floor. I also noticed that the void family is being placed at the current work plane level rather than by the level i send to the placement node? 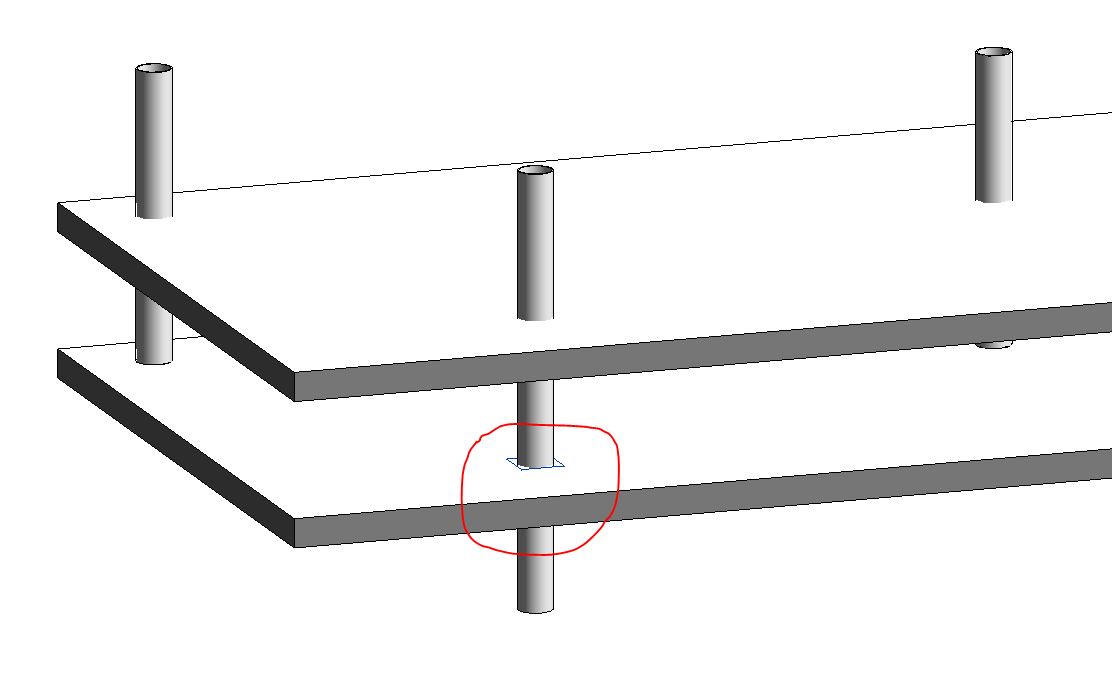 Any help on this would be greatly apprechiated. I will update this post if i make any progress.

I believe the family isn’t cutting the floor because its a face-based family and i’m inserting it at a point in space rather than on a face at a point? Not sure what node/nodes would be best to define my points by the face.

do you have this enabled?

Try one of this: 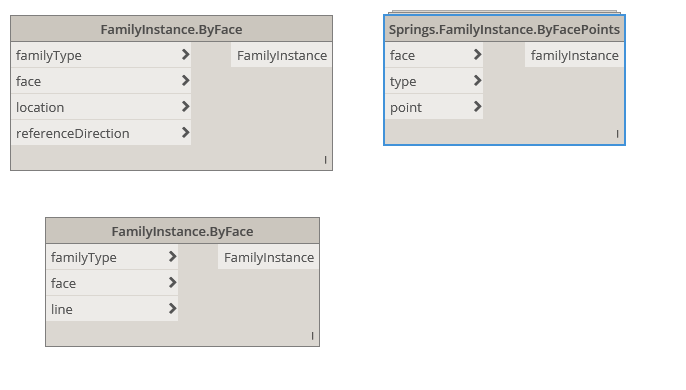 Hello Marcel, i can confirm i definitely have that enabled.
As i said, the family works totally as expect if i place it manually myself, the void cuts the slab fine. But through dynamo it doesnt.

Many thanks for point me at these nodes. I shall try all 3 and will come back with the results.

FamilyInstance.ByfFace (third node) doesn’t seem to be suitable for my workflow. 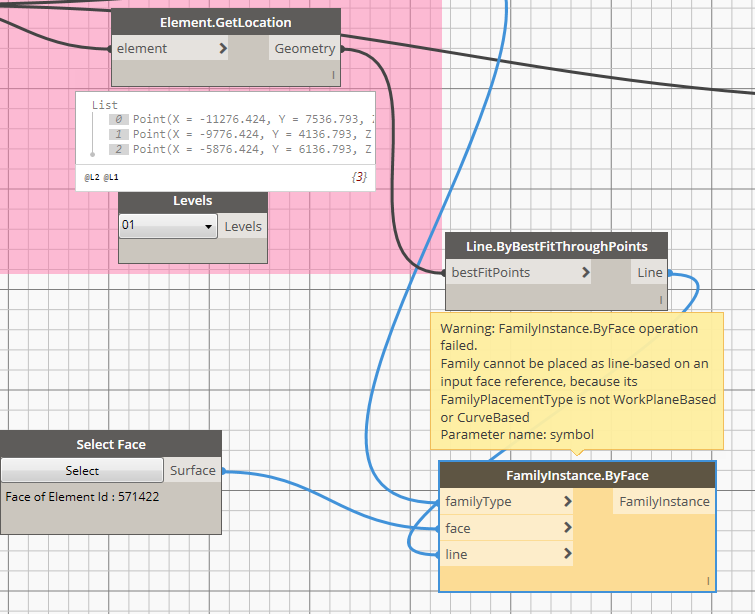 My family isn’t line based so the “line” input is irrelevant really?
I created a line from my intersection points just to trying a pass through the node for a visual output but wouldn’t go through (as seen above).

Shall try the other two nodes shortly. 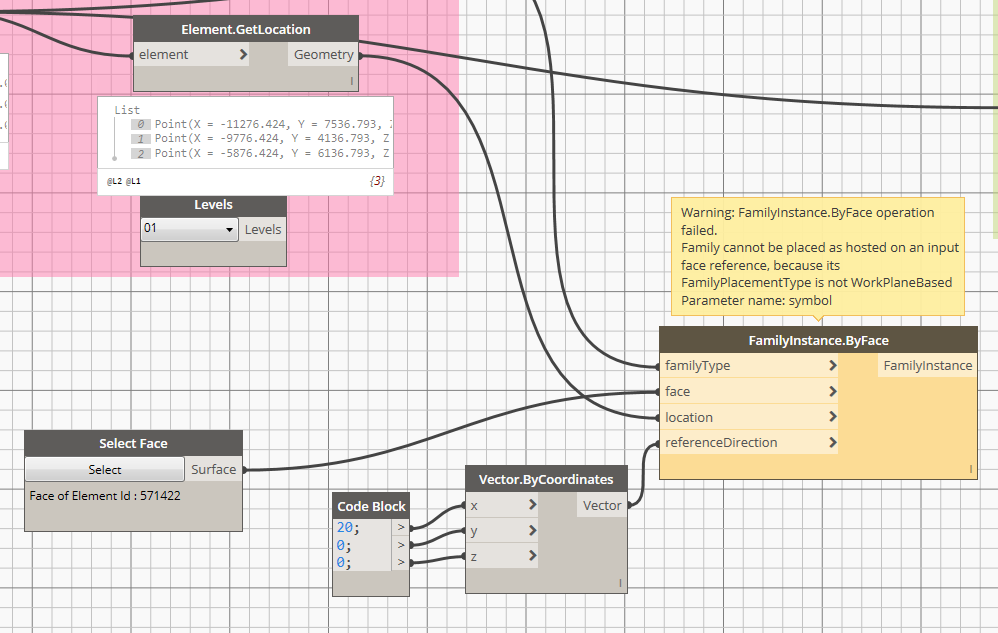 Result from the first node.

Not sure how to deal with the reference direction for my situation.
Also the location asks for a “point” rather than “points” so again not sure if this node is suitable for what i’m trying to achieve?

Will try the last one now. 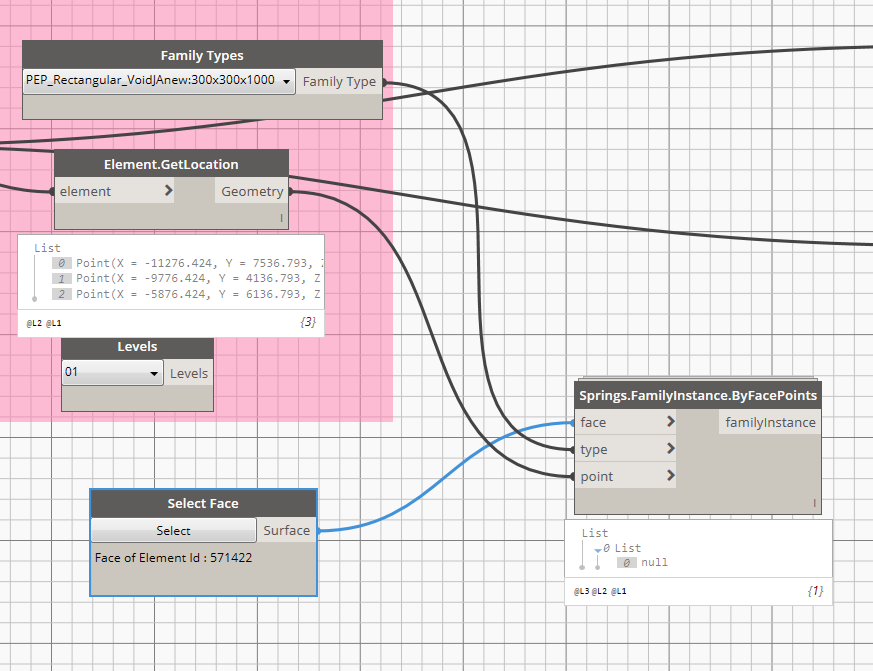 Looking into this a bit more. It is clear that the current dyn (from first post) doesn’t actually pick the floor as the host of the generic model element (the void extrusion) as proven below. 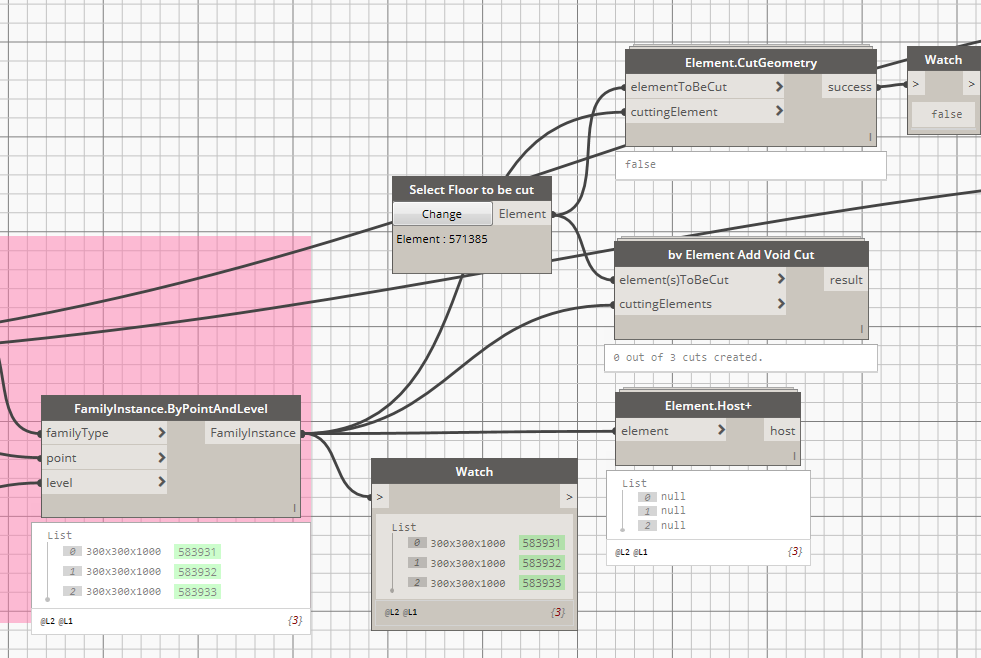 Running out of ideas now. Still not necessarily picking the right level to place it and still not cutting the slab.

@awilliams @Kulkul
Don’t suppose you two guru’s have any suggestions?

You’ve both helped me before so thought it was worth a shot asking! Just hoping to place a void extrusion family at intersection points (clash points) to create holes in a floor slab around a column. I’d prefer to stick with a void extrusion family rather than telling dynamo to cut perfectly around the element within the floor profile (for example) as i’d like to be able to control the size of the hole (globally) in the future.

Many thanks in advance.
Jack.

Why are your Void families Face based
You have all XYZ’s from the columns, that should do

Duhh! good question…
And with the being said… tadaa.

I made a new family with the Standard Generic Model Template, again just a void extrusion. 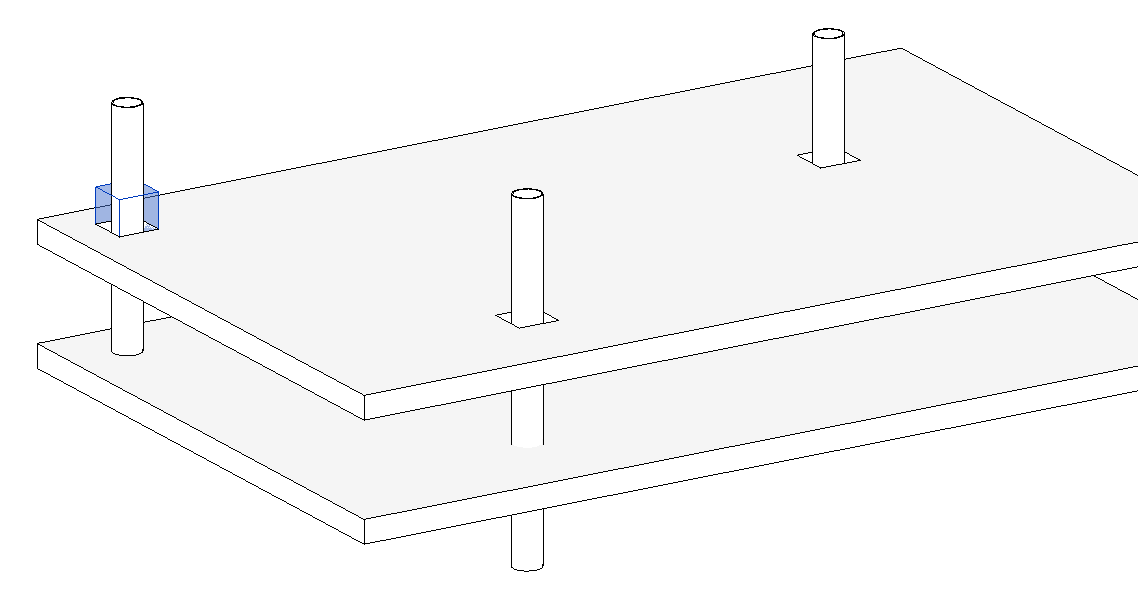 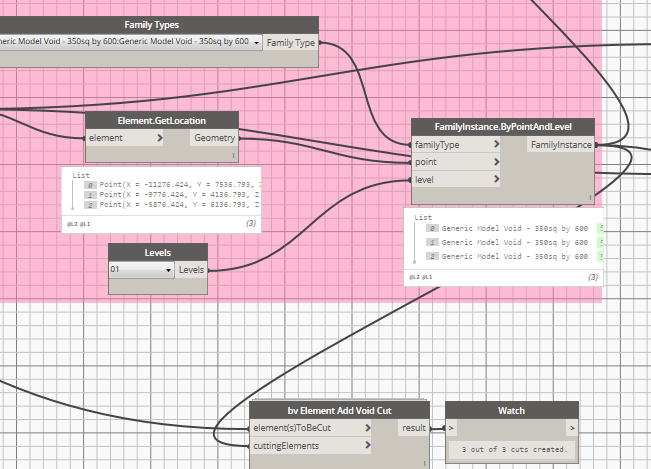 It appears that re-running this workflow without closing dynamo each time can cause loads of oddities. Ie. only 2 of 3 cuts are made or they are in the wrong position etc. BUT since i’ll only be running this once at set stages it doesnt matter to me.

I believe my original void family was actually created with the floor based generic model family rather than the face based which i’d original said. Either way the standard generic model does allow the void cut unlike the previous one.

Thanks for the help.