You could use this node: 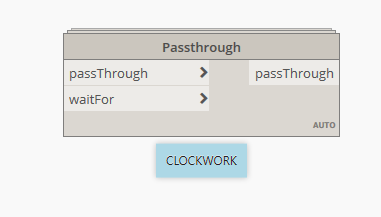 Wair for finishing the first part of the script and then start the next part.

please note that when using Passthrough I have found it best to close and reopen the script if you want need to run the script again. The way Dynamo passes information may prevent the Passthrough node from working properly if ran multiple times.

Check out our discussion here:

(Apologies for the lack of graphics with this post. I was getting too many errors when trying to upload the workspace png to the forums… in any case…) The attached file shows the early development of a room data sheet script. After much searching I finally got the script to place the generated 3D views on the sheet (seen at the bottom). However, subsequent room ids when run through Dynamo overwrite the 3D views. I was expecting it to generate new 3D views and to place them on the new sheets wit…

Thanks Manel for introducing this node to me.

I tried but it didn’t work. As shown in the below screenshot, It created the previous 3D views but didn’t create new 3D views. 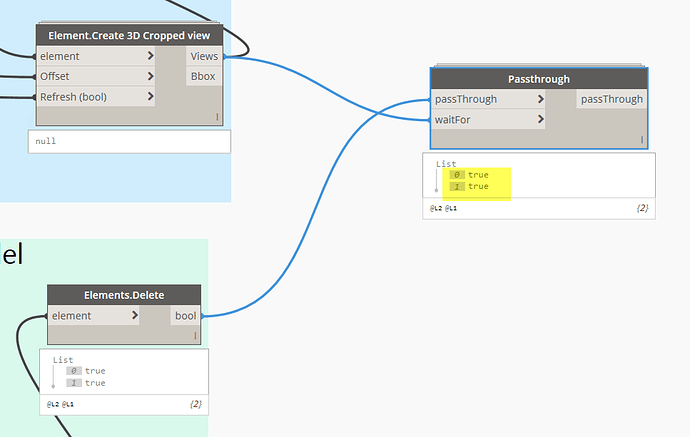 Thanks. I tried again. But it doesn’t work.

Now my views (two 3D views), which were created from the last run, are deleted, but the new 3D views are not created after that. 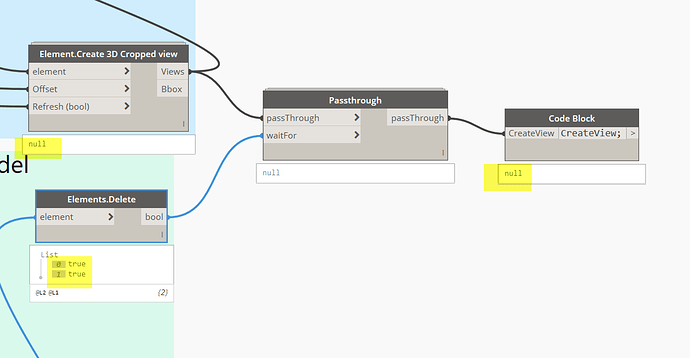 A Passthrough or Wait node simply says “don’t do anything that comes after this node until these two variables have values” - the two variables being passThrough and waitFor. So you could delete the current views and get the view names of the new views you’re going to create, but since you don’t want to create the new views until after the previous views are deleted you would want the new view creation to come after Passthrough.

Your waitFor input would likely be the new view names to be created. Those values wouldn’t get “passed through” the node until after the previous views have been deleted. Then you could continue to create new views with the new names.

2 Likes
Passthrough and Wait then passthrough
Run two scripts at different times
Wait for begins the next block
Manel_Fernandez October 19, 2018, 6:15am 9

If you upload your script, we could maybe help you.

Thanks Manel and @Nick_Boyts for your response.

I attached my script (including those two modules) here. Could you please look at it? Thanks

Could you try the modified script that I’ve uploaded in order to know if that is what you were looking for.

I can’t run it because I don’t have all the packages, but I guess it works.

Thank you so much @Manel_Fernandez
Finally it worked

Just in my latest post you can do that