I’m trying to draw rebar shapes using detail lines inside a detailing section view. I’ve been using the “BIM4STRUC.rebar” custom node to get rebar shape, inside Dynamo the rebar shape was show but the “Detailing curve” is returning a null value and when I run the script inside Revit it don’t draw the detailing lines. 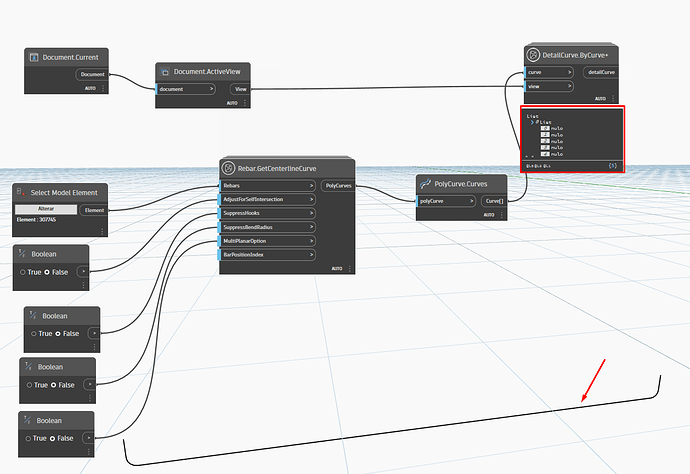 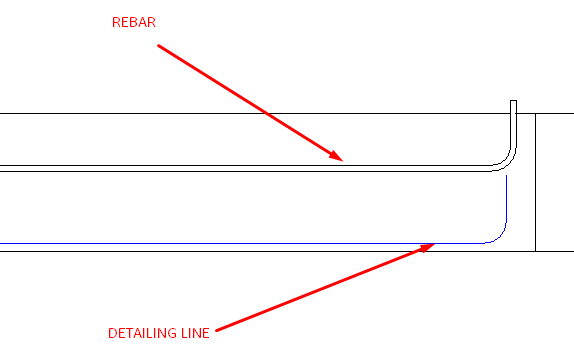 Actually the line was been drawing in Revit, but under the actual rebar. Whoever I can’t select the lines, they where displayed in a blue tone similar to a link 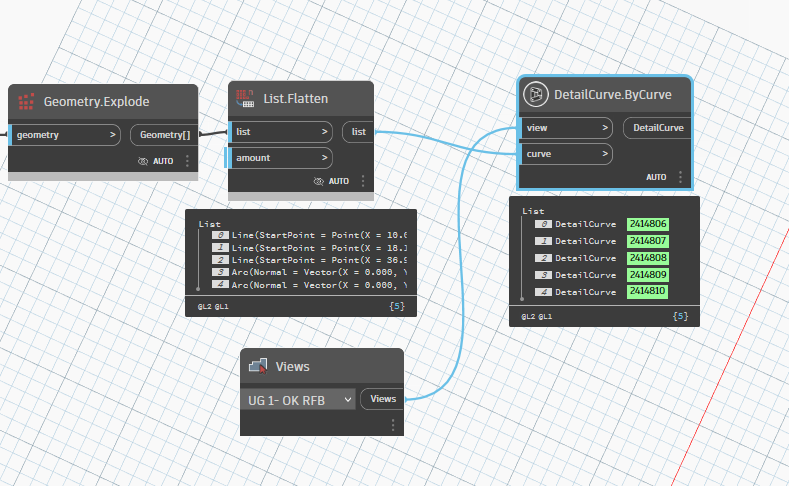 Thank for your answer but even when using single lines it still don’t work:

Are you in a floorplane or section ?

Hey, I’ve found the problem, my Dynamo version on Revit 2023 just don’t work, i just rebuild the entire thing on Dynamo from Revit 2022 and it worked, whoever the output is a bunch lines and arcs (Since Revit can’t handle polycurves). Is there a way to join the output in a single line inside Revit? Like a polyline/spline? I can group the elements output but every time I run the script again Revit creates a new group, so I think this is not the right approach

If I use the Curve.Join node the output will be a Polycurve, I can’t draw a Polycurve in Revit and it a bit redundant (Curves > Polycurve (Get centerline script) > Explode > Polycurve), what I need is: Curves > Joined detail curves. Following the previous workflow I will return to the first problem: how to draw a polycurve in Revit

a real polycurve like AutoCAD does revit not support. You have always lines, and a temporary polycurve via tap-key…

I’am really curious how softwares like Graitec and Sofitisk can redraw a rebar shape in 2D as a single element, since there is apparent limitation drawing polycurves on Revit.

What I’m trying is similar to this solution:

But that’s seen to be a dead end

Is it not funny that Revit does not support the most fundamental geometrical entities?
Without robust core functionality not even dynamo or coding helps ones case…