Hey I’m trying to create sheets using the JBE sheet views node. I can’t use the ootb node as it still doesn’t accept structural plans as views. Does anyone know if the JBE version does accept them? When I run my graph I don’t get an error but Dynamo and Revit end up not responding and shutting them down through the task manager is the only way to fix it. Below is the graph. I’ve tried running the titleblock as a list and a singular element as a FamilySymbol. Does anyone know why it’s crashing without giving me anything? 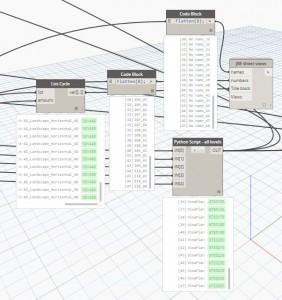 I’ve decided to go down a different path using a python script I found on here by Dimitar that I modified slightly. The sheets are created with no worries and I can rename number them but when it comes to renumbering them I get an error saying: The parameter is read-only. Some of the sheets do get renamed though. Does anyone have any idea what’s happening and why some of them are renumbered but some aren’t? 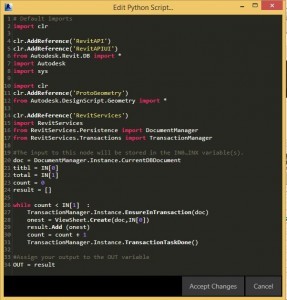 Since Revit 20xx, there was a change in API that basically allows for multiple parameters to be stored under the same name. This is the case with a parameter named “Sheet Number” (basically Revit DB holds multiple Sheet Number parameters

), the only way to ensure that you are getting a proper parameter is to use the BuiltInParameter. I am guessing that this is the behavior that you are experiencing here. Try using archi-lab package, and a node called SetBuiltInParameter while feeding in “SHEET_NUMBER” as Parameter name. Let me know if that works.

Perfect Konrad! Thanks for your help