is there a way to display data without waiting for any user input? that is, with no buttons, maybe just a close “X”?

A kind of dashboard, or console for dynamo?

I wish I could track what a script was doing, by display data as is being processed, at certain points along the script. 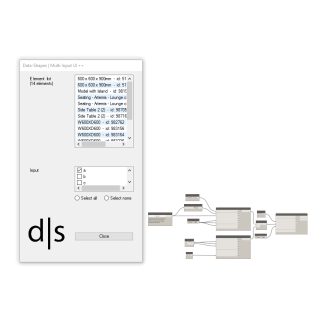 Hi everyone. Another post about UI creation for dynamo with the Data-Shapes package. The focus is this time on the ListView input because itl has gained a lot more flexibility in the latest update …

Select none will abort
Is that what you have in mind?

Thank you Marcel, but the window still halts the script, and waits for the user… does it not?

It will abort when you select “Select none”, and still give you the “dashboard”,
Until you select “set values” ,then the script continues
Maybe define a Watch node as Output in a Dynamo Player scenario

If you can put your script in one python block then progress bars can be made. As far as i know it cant be made to work with normal nodes. 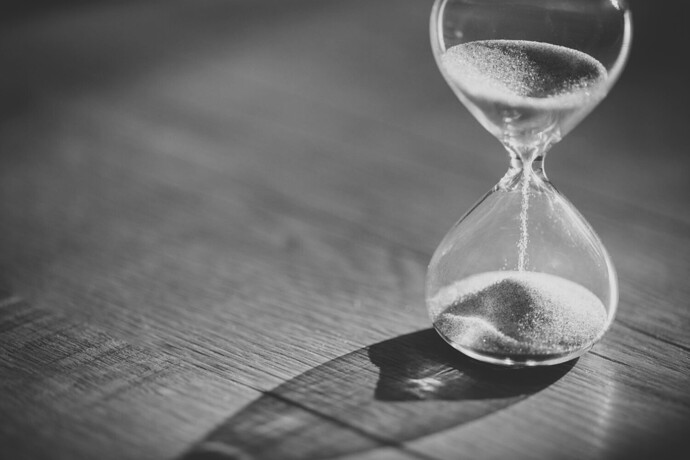 A free Progress Bar implementation for Python nodes in Dynamo. The old piece of code has been lost and now found a new home on our GitHub repo. Free to use.

In pyrevit there is a progress bar tool I use in most of my scripts also, which is in its forms library. Its great as the user has confidence the script is actually working.

I am not sure this is accurate anymore. It’d take some work, and it might fail for reasons I can’t foresee, but someone who’s ambitious enough could try:

Because you’d need a front end (Dynamo Client), back end (server), UI for each, and likely other tooling/logging… this would likely best be tackled as a team. Perhaps a POC would be a super interesting hackathon project…
Edit: TuneUp code base for anyone interested: GitHub - DynamoDS/TuneUp: A profiler for Dynamo graphs

I guess a hackier but simpler version of that could also be putting a flow node at bottlenecks in a script and sending those moments to a virtual server as well.

Honestly… that feels attainable in a day/afternoon.

I really want a reason to play with tuneup though…

Soooooo… I am currently authoring a bit of Python to create a framework for this via HTML. This removes the need to author a back end, as your browser (chrome or edge or firefox or whatever) will just do the trick. By placing the ‘initiate’ node on canvas, and the subsequent ‘update’ nodes at desired points in your graph you can inform the user of whatever you’d like along the way.

It’s honestly so easy to build that I wonder why it hasn’t been done before, leading me to question what roadblock I haven’t found yet.

I will try too (but just with a simple console dialog)

Happy to share some code later, but I won’t be booting up the hobby machine until my weekend chores are done.

I’m at the point of writing the HTML display, as simple text didn’t see to be functional enough. Once that is done I’ll have shareable code. Winds up making HTML based dashboard displays with only a text editor (what I have available on the laptop I’ve got with me) is cumbersome, and why we have specialists for this stuff.

Already done getting the browser to open and refresh display data periodically; getting RAM info (% in use, available RAM, available VM); getting the workspace name (without requiring Dyamo for Revit); and getting object counts by type (expecting dictionaries, so I may revisit this later). I also had CPU load being pulled, but I didn’t trust the number being returned, and it required either an extra dependency or triggering a brief console window pop up which I didn’t like so I scrapped it for now. 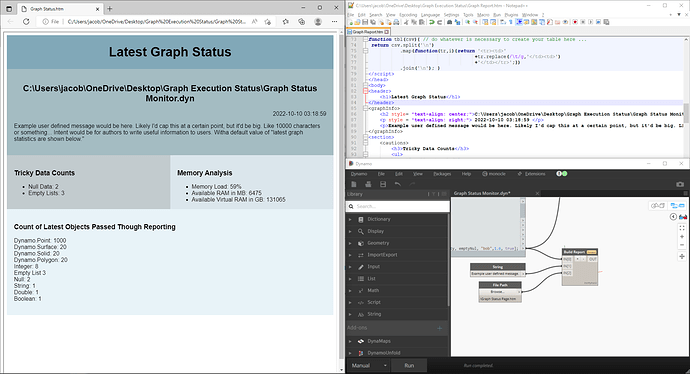 Got a good way to go still, but I hope to finish tomorrow.

Will share the nodes and external resources via a package (too many moving parts otherwise) sometime tomorrow.

OMG, what have I done!

It looks promising, keep us in the loop!

OMG, what have I done!

Started me on a great little journey.

Getting this to move between systems is proving a bit of a challenge… By no means will this be an ‘easy’ bit of data to work with. I’m definitely second guessing my reporting method too. Likely going to scrap directly writing out HTML entirely tomorrow (to make scalability much easier), but going to review the idea with a few colleagues before I do so.

Think about writing to json(or a database) and then having something else read the json data. This should make it scalable and readable via most applications

I am intrigued at how you are getting the data out

An example just with a console (a RichBoxText) and a progress bar to see the global progress of the script execution.
It’s not perfect (Exploring and discovering the DynamoCore API is not easy

) and not compatible with the Dynamo Player

any corrections are welcome

not compatible with the Dynamo Player

That was why I moved away from the view extension. I also wanted the capability to let users know more then just “what node ran last”, and expose stuff like object counts by type, messages from the author (expect this next section to go slow because ____), and to leave a record on the system when done. This moved me to the HTML solution posted above (in non-GIF format), but it’s too ham fisted. The external service would be way more useful and compact… ideally as a view extension for player and Dynamo core… That’s a VERY big ask though as the two systems aren’t necessarily speaking the same language.