Greetings everyone !
I’m trying to create a solid between two topographies like shown in in the screnshot below 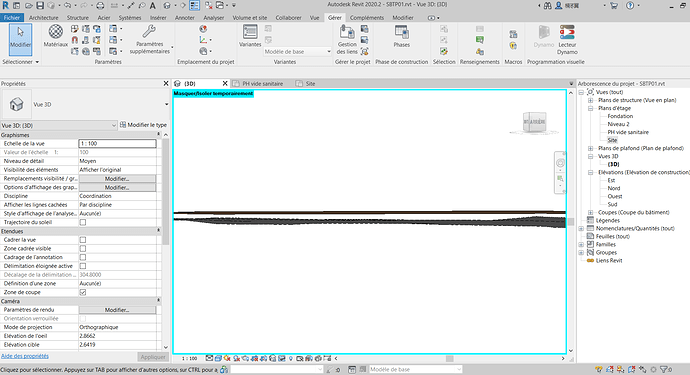 I’ve created 2 polysurfaces frome the topographies by converting them to mesh using the spring nodes Mesh.ToPolySurface node . After that i’ve extruded the perimeter curve of thebottom mesh like sown below 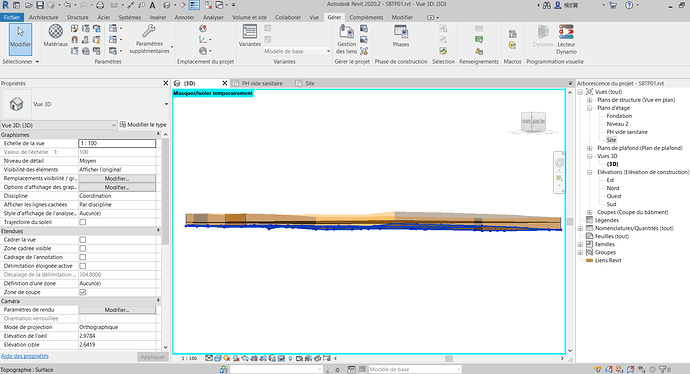 Here is my script 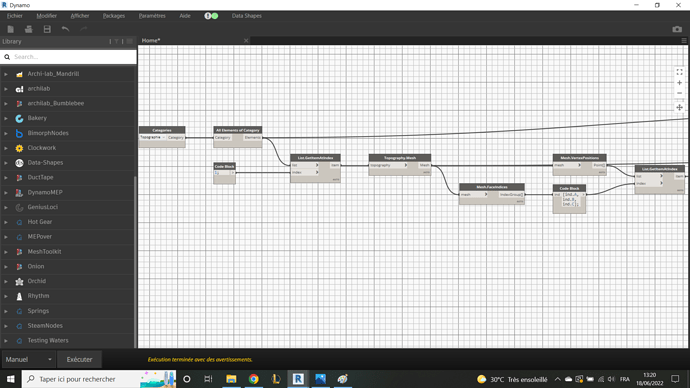 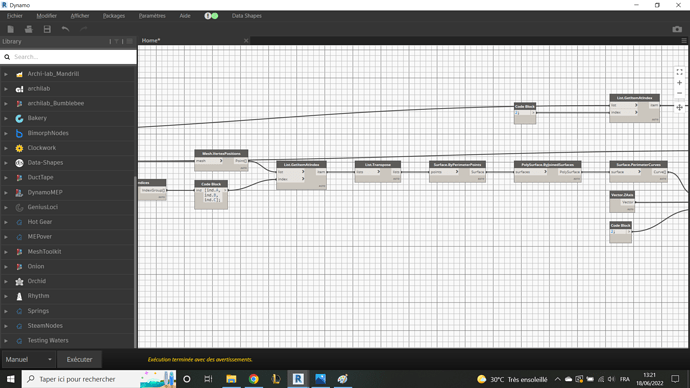 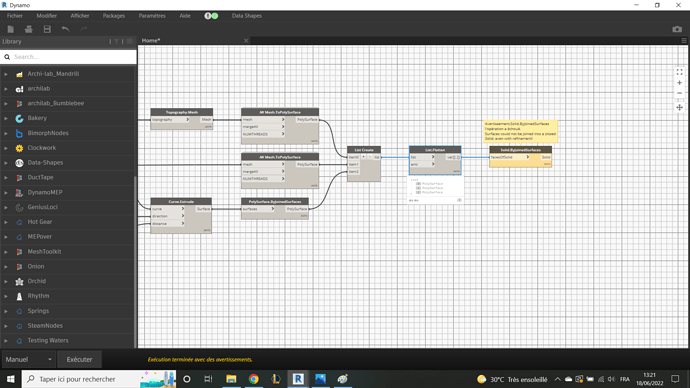 Thank you in advance !

Try merging into one polysurface, and give this node a try: Dynamo Dictionary

I was thinking of DynamoMesh vs RevitMesh being the culprit, but maybe that is solved by now?

@JacobSmall
Thank you for your time good sir !
I merged the 3 polysurfcaes ( Top , bottom and lateral ) to form a new polysurface i than unsed the polySurface.ExtractSolids node as instructed but i got an empty list as a result ! as shown below 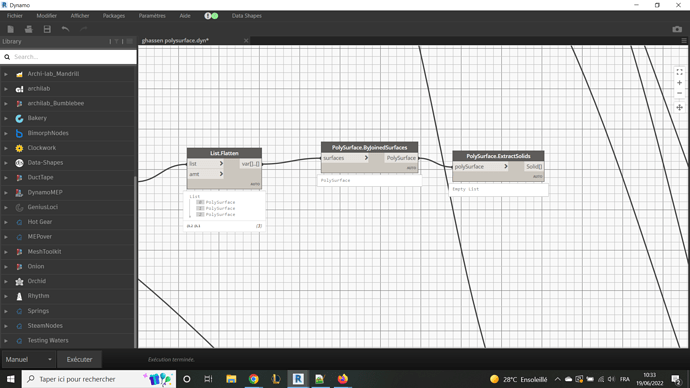 @Marcel_Rijsmus
The mesh is successfully converted to a polysurface so i don’t think thats the issue i tried converting it to a tkmesh using spring nodes package but in vain !

It may be that there is a gap in one of the topographies. Try sending a smaller section and see if you can get a closure.

So, from memory, the method that worked best for me…

The method doesn’t rely on geometric operations which can fail, the floor will always contain a solid.

Here is an example…

I think it’s in clockwork and unfortunately Dynamo’s text search isn’t returning ‘floor’ in it for some reason, but if you put in ‘Slab’ you’ll see it…

Hello everyone so i managed to find the solution and here is how
After getting the polysurfaces of my 2 topographies i extruded the merimeter curves of my bottom topo as solid using the curve.ExtrudeAsSolid node than i split the solid with the top topography polysurface 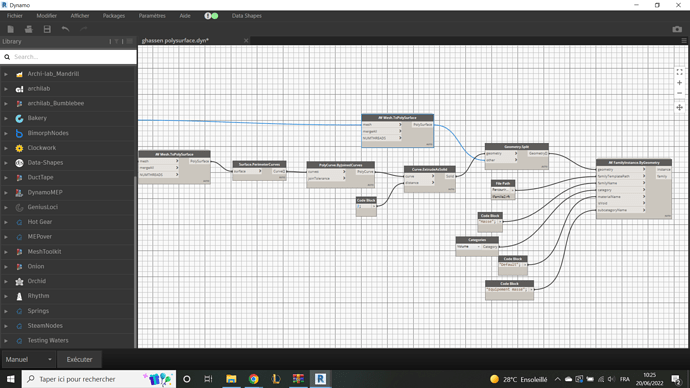 Every reply was a big help ! Thanks to @Mark.Ackerley @Marcel_Rijsmus @JacobSmall and @bayowindapo for your precious guidance ! i cant mark everybody’s reply as solution so am marking this one !
Peace !