I was reading a post on the AUGI forum for a user who wants to tag all his/her toposurfaces with their Surface and Projected Area, both parameters in the objects’ properties. I had no problem pulling the values of the toposurfaces. 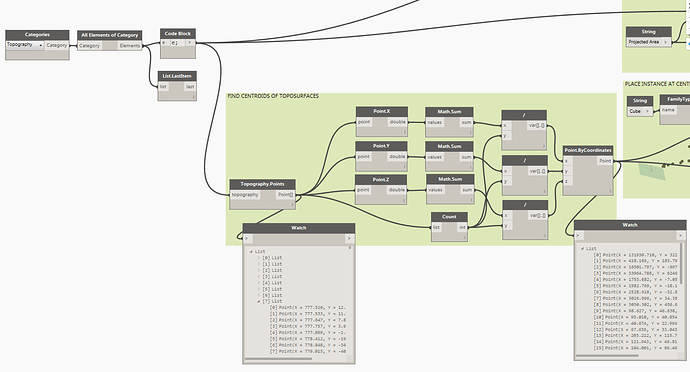 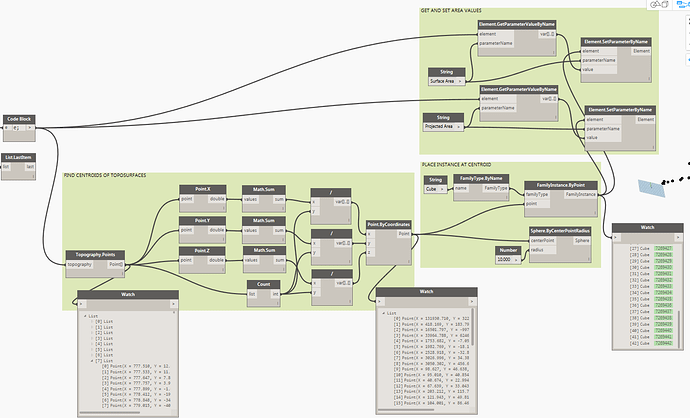 I think your method of finding the topo centroid needs improvement. This would only work reliably if the topo points were dsitributed evenly across the surface - which they usually aren’t.
I would suggest the following method:

Thank you, Andreas. Your method for finding the centers is much better and your tip about the Point.Average node is quite helpful. I’m coming at Dynamo as a Rhino+Grasshopper user, so I’m often frustrated that I know how I’d like to do it, but don’t know the packages, even the standard Dynamo nodes, all that well.

For this definition to work, I still have some issues to work out, but this gets me to a viable version to use, which is extremely helpful. Thanks!