I have something curious going on with the above referenced node. Just updated the Rhythm Package (which is awesome BTW) by @john_pierson the other day. It broke a few of my scripts which was not a big deal for most of them as I just swapped out the old nodes with their new counterpart.

One script I have created grabs dimension objects, breaks out their segments, searches for a particular value, and replaces it with an override provided by the user. The Dimensions.Segments node was one of the new Rhythm nodes that needed replaced in this script. I replaced it and the script didn’t work as before.

What seems to be happening is that no other nodes will interact with the output list of the Dimension.Segments node. The screenshot below show the old node and results from a portion of my graph. The other one shows the same area with the updated node. Four dimensions were selected, two were multisegment, two were single segment.

As you can in the second shot, The List.IsEmpty node needs lacing to be set to Lace Longest to apply it to every list coming out of the Dimensions.Segments node. Further down the line, List.Flatten doesn’t flatten the list. The List.FilterByBoolMask node further on down the graph (one not shown in the screenshot) doesn’t do anything to the list either (I know it appears to work in the screenshot below, but I’m not sure it actually is given the one down the line).

Anyway, sorry for the long post. Just wondering if anyone else has seen this or if I’m just missing something with the updated node. 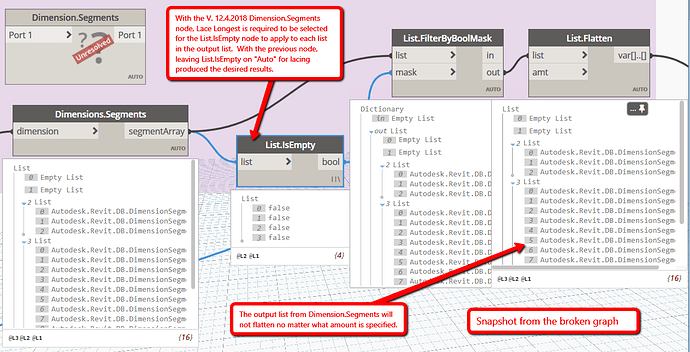 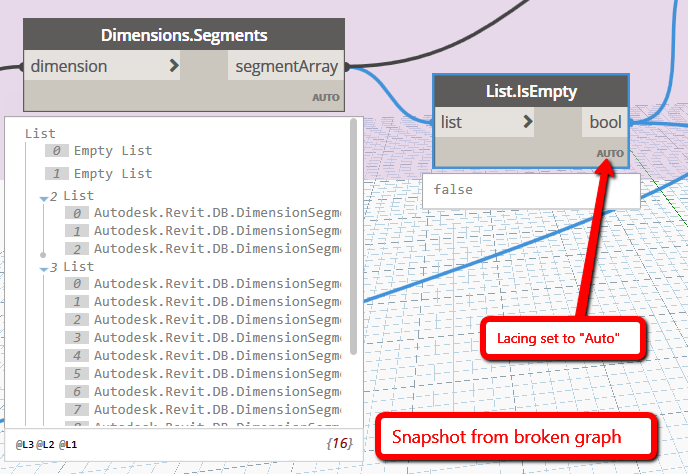 And you tried making the List.IsEmpty node @L2 like your first image? 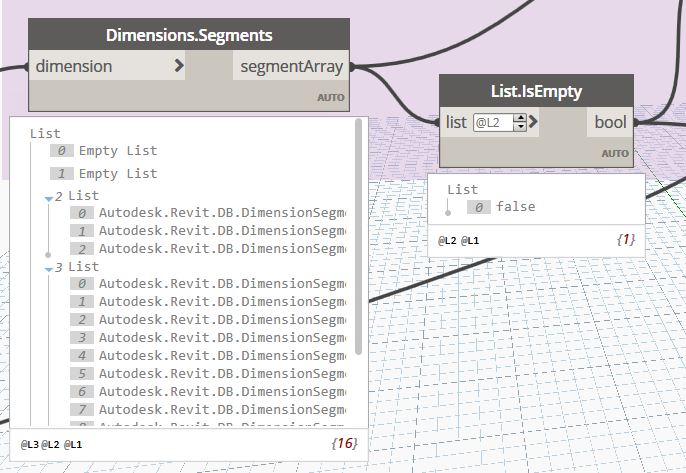 Very odd. One thing I did change is my node does not return a dictionary anymore. Since it is a single return it did not seem necessary.