Revit doesnt provide an option to draw a cloud that isnt an actual revision, but rather just for tracking issues internally, so… i am creating my own.

The script copies a rectangle with revision lines from a drafting view and places it on wherever a rectangle is drawn in the target view.

You can get these cloud lines by drawing a revision cloud, and then copy pasting the boundary lines outside of the revision editor, but i cant change existing detail lines to look like a cloud line.

So i made this:

It’s almost to a point that i want, but i would love to run the script and then while the script is running draw a box where Dynamo can immediatly take the start and end points from for each line.

This is the script: 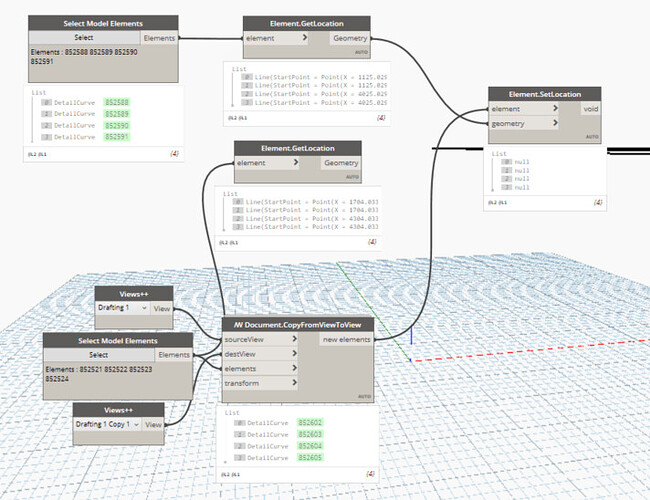 In short: I am looking for a way to draw a rectangle while the script runs, instead of drawing it and then selecting the rectangle when prompted.

Out of curiosity why not also use the Revit Revisions for internal issues? Waaay less complicated.

This is how I would do it

The prompt question is interesting though

Well, because i did not know that that existed…

Anyway, still would be cool to do it with a detail line prompt so i can immediately overwrite this cloud to be red and have a thick lineweight…

Well, because i did not know that that existed…

As I said before, I found your question interesting.

This functionality was added in Revit 2022? Edit: Perhaps a Dynamo could override them in view?

To answer your question, I think the the steps you need are…

I think the problem for you, is that this requires a kind of ‘listening’ for the user input which Dynamo’s transaction methods aren’t really designed for. This is the kind of thing which an addin finds much easier, but would require you to code outside of Dynamo…

I hope that is interesting