Hallo,
Any idea if there is an option in dynamo to match point and definition type with family? So it can draw a correct family on correct point according point definition. 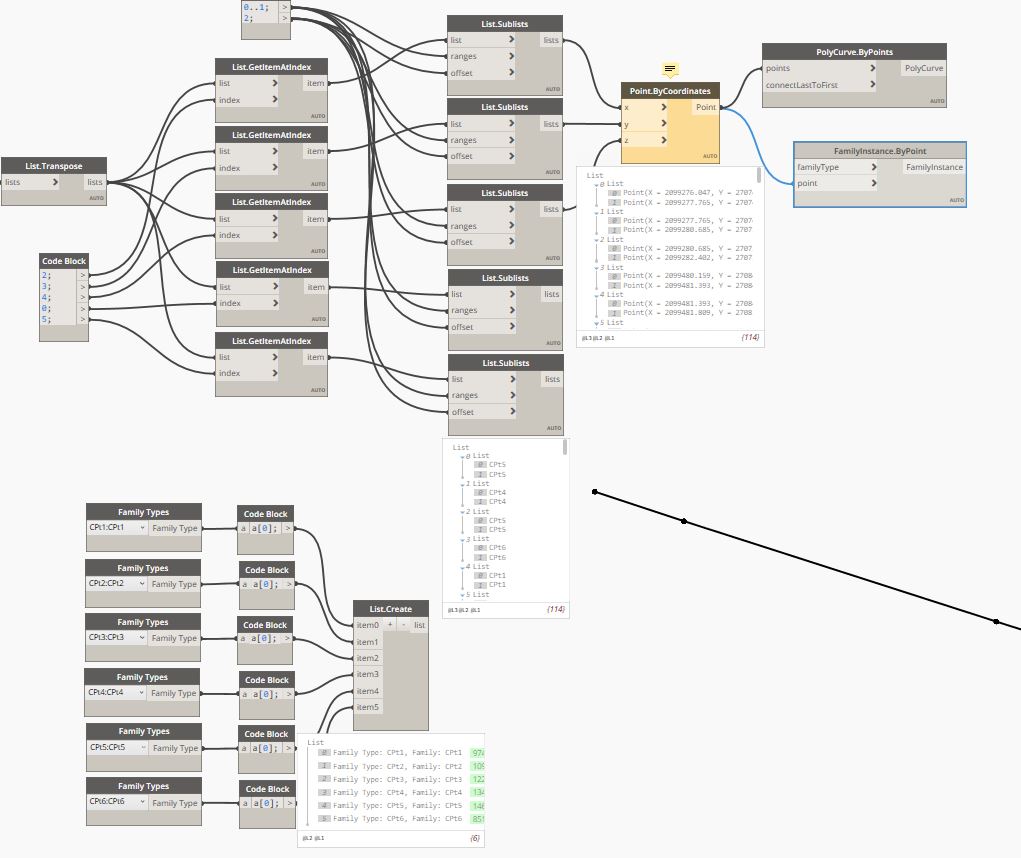 What error does the yellow node give you?
Solve that first.
Then take the node String from Object to convert the family names in the bottom part of your picture to a string (text) then match that with your 4th sublist with the Contains node and a Boolean Mask node.
Then make a new list that contains coordinates and family name.
Then separate them out using a code block calling indexes like you did already
Then feed the result to the FamilyInstance.ByCurve node like this.

Thank you very much for fast answer but I do not get it. maybe it is Friday or it is just too complicated for me.

With node Point.ByCoordinates is nothing wrong just protest that my inputs lie outside of the allowable modeling range… and so on. 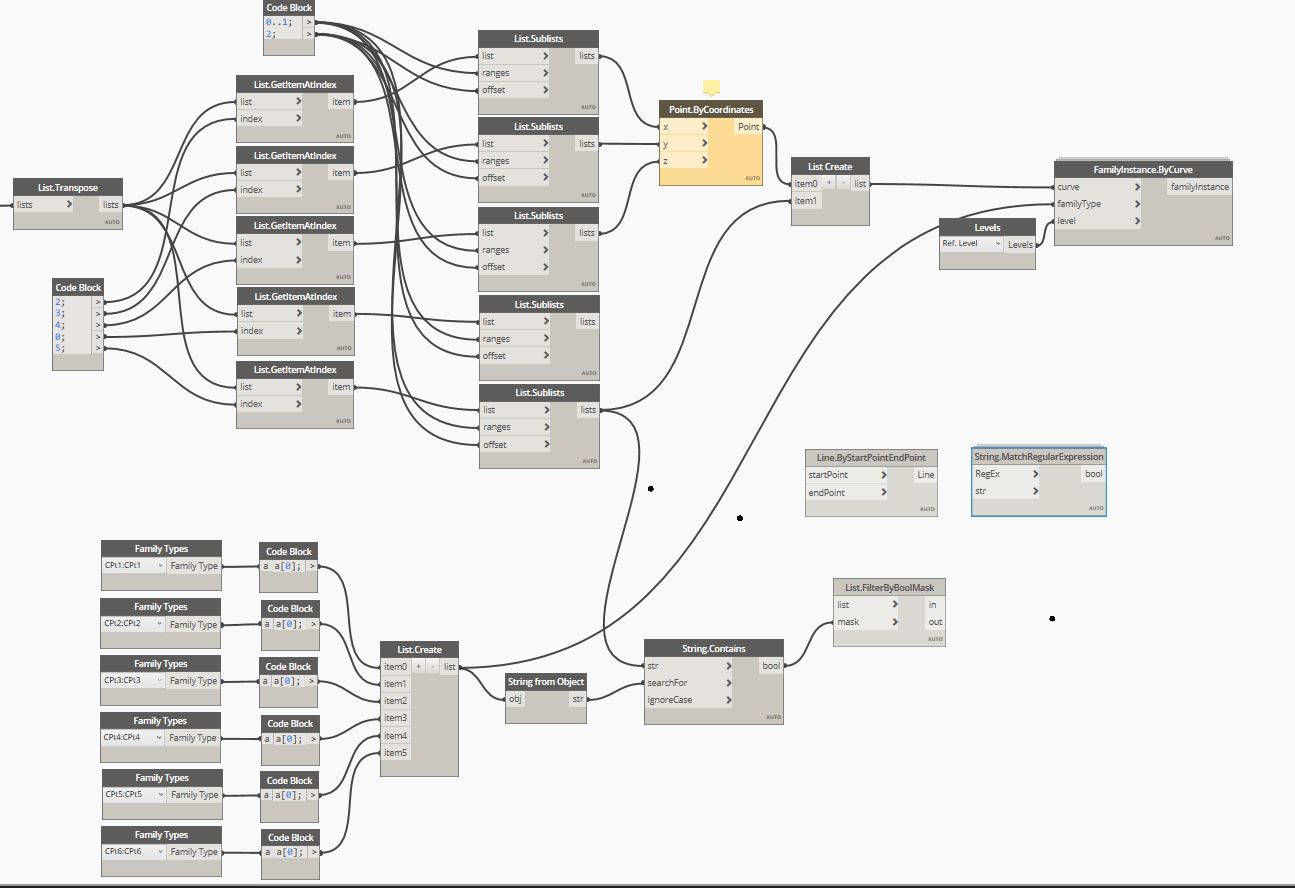 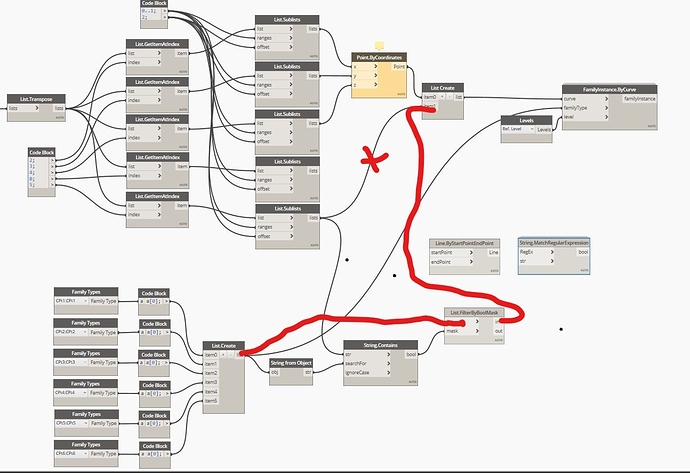 Thank you that makes much more sense. Now I already left office. I will implement it on Monday.
Again thank you very much.

Again thank you for helping me. 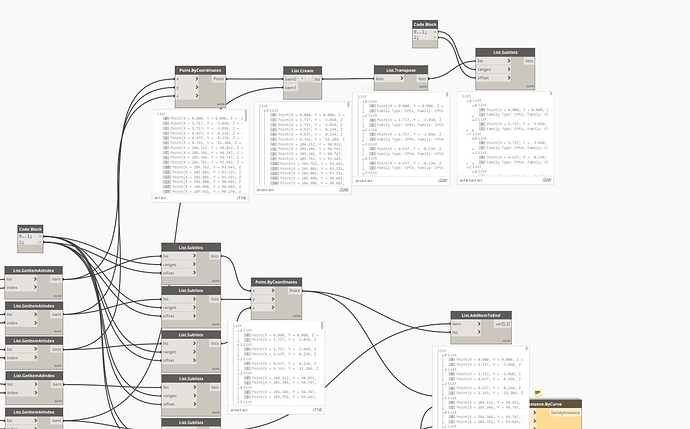 But there is a problem with string.contain
It do not compare properly even when I change walue from CPt1 to Family Type: CPt1, Family: CPt1 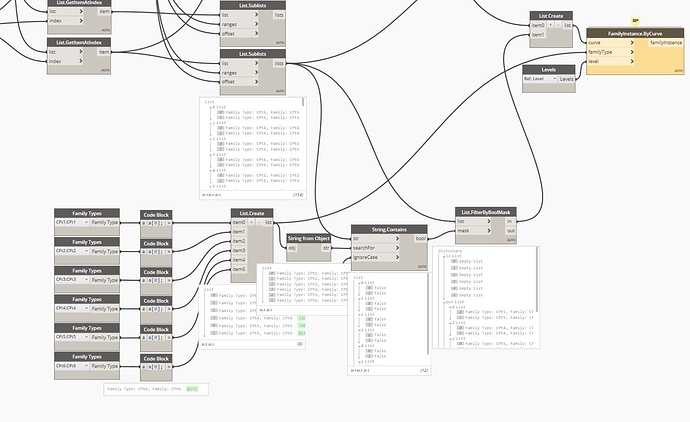 at first glance i can only see 2 items in your sublists.
it needs 3
but thre must be other ways to do this.

Guys…help, i dont have Revit at home

This forum string helped me.

I hope this is a correct solution. 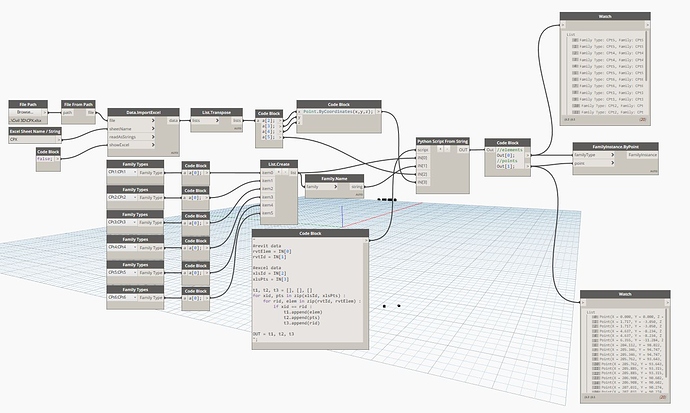 Why don’t you use the node I built for this long ago!?

subscript This post and many other posts I recently have replied made me realize that there is a need for a node that can filter two lists by keys… I have made this node as generic as possible so it may be used as widely as possible. In this case is it Revit and Excel data that is filtered by key. The node is named “List.FilterListByKey”. Besides is there also a need for a node that load families that is overwritten and upgraded if needed. This node is named “File.LoadFamily”. Likewise is there…

now it is a node in the Orchid package 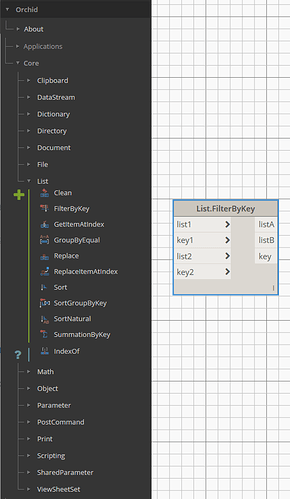 In later posts there was mentioned just BimEDU package but this one do not had that package. And then it wants me to update Orchid (But I install BimEDU so which Orchid…) so I rather use the original solution when it work.
But thank you for hint.

I am really sorry. If I can say I prefer code block than a prepared node. Because sometimes the description in the node is not descriptive enought. And at the end I was just really happy that it works.