I want to take a single .rfa and load it into several .rvt’s by selecting them through a directory.

I used your load LoadFamily to select the family and then used your Directory Contents all to gather the .rvt’s but I do not know how to make the family load into several .rvt’s

Is that something you would have to write in a script?

As far as I remember is that not possible.
To load a family into several projects, you need to change current document, and that is not doable…

Even though @erfajo didn’t give a satisfying answer it’s still the correct answer. I’d like to ask you to still mark it as solution so others won’t come here to help you and find out there’s nothing to answer. Next to that people with a similar question will already know that it is answered.

Well I found a Add-in for Revit that can do the function I asked about so if anyone is looking, they can find the solution at CTC BIM Batch Suite at https://apps.autodesk.com. it’s free to use the tool for loading multiple families into multiple Projects.

It is important to know that when @cc4535 mark an external program as the solution, then it is not a solution for dynamo or the community in general. It might be a solution for @cc4535, but in dynamo we still cant change current foreground document.

The solution, like it or not, is that it is not possible…

I guess so.
The forum guidelines don’t really say something about that.
Sure the forum should focus on Dynamo, but considering Dynamo already is a piece of software that’s often (if not generally) used to influence other software it is bound to happen that the solution may lie (sometimes partially) outside of Dynamo.
If you think your first comment should be the formal solution to this topic I wouldn’t disagree though.

No, I don’t care that the marked solution points out of the forum, but users should know that it isn’t a solution for dynamo or the community in general.

If we shouldn’t focus on dynamo issues, then many solutions could be solved by external software solutions, and for sure a major part of the answer could also be pointed to http://www.revitapidocs.com , http://thebuildingcoder.typepad.com , and https://stackoverflow.com without any further comment. But those of us who assist with code, we try to help by translating “foreign” language into “dynamo’ish”.

Considering the solution to quite a number of problems might boil down to read data -> python script -> export data it’s a bit fuzzy anyway. It might be a good idea to come up with some rules for that, but I’m no moderator, neither am I on topic.

I am neither a Moderator, it is a kind of blurry how to become that. When I previously participated much more in the community I had to recognize that it wasn’t enough to be invited into that “club”. That’s one of the reasons why I don’t use that much time anymore in the forum and the fact that I get more acknowledgement by assisting students at my university. For that reason, I actually also ended removing my Regular title as well…

I know you’re not a moderator. For myself it’s not exactly a goal to become one. I just ended up a “regular” by trying to lean Dynamo, which I’m now using to create graphs to improve Revit workflow. I noticed that trying to help people can really improve your skills with something so being active on this forum is both a win for me and the people I am helping.
I haven’t put much thought into putting “regular” behind my name, I’m thinking there’s much more skilled people on this forum that didn’t get that badge.

You are right… the title doesn’t say much. Those who are really good don’t use the title or doesn’t have the title. But you need to have spent an enormous amount of time in the forum to know who is who

When you figure who has the Leader title, then you will see that most of them don’t use their title

So the major reason was also, the more you know, the less you need the title. However, Moderator gives options for controlling topics which might end in the wrong direction, and surely many more options not know the ordinary or mere mortals.

Happened pretty fast for me. Even before I was aware of these titles there were several names/faces I saw popping up constantly.

I noticed your movement, and some of the others who has become Regular

You are all doing a good job, especially I have to say that @awilliams and @JacobSmall are my favorites

I have to say that I also miss @Yna_Db who was very active at some time. He is also doing a good job

@Michael_Kirschner is also in a league for himself… outstanding. He is also a Leader and should be! 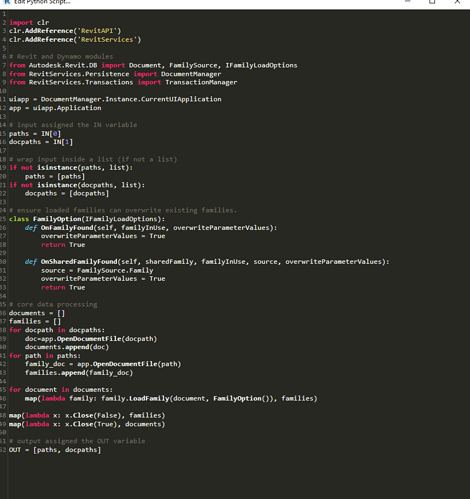 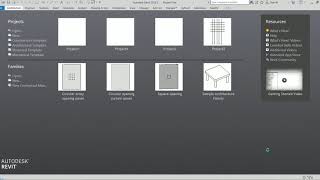 I recently had to load some families to projects that were worked on. Some of the projects already had an older version of some of the families. So it is that

I think @viktor_kuzev post here is a good example of how amazing this community is.

wow @viktor_kuzev
i could not imagine that a background open document could take actions!?

So i didnt even try, since I know that Dynamo cant change current document.

Thanks a lot, I will implement this in my new zerotouch nodes in the Orchid package.

it is an amazing community, and @viktor_kuzev demonstrates exactly that one with a Member title is one of the very good coders

Yes, but apparently it means just that - it’s not visible to the user, but it’s still modifiable.
It opens many doors.
Now that I look at the code I think that it would probably be better to close each document right after it has been modified. In the example above the script opens all documents, loads the families in them and then closes them in a separate loop.

It was the keyword “into memory” that keept me from trying… Other things I have been trying where actions happens on files open only “into memory” has failed for me. But some might work… working on (saved) familydocuments works fine, so you are right, why shouldnt (saved) project files not do the same