Is there a way to break the link between objects dynamo creates when re-running a script?

I have been building and shaping floors from groups of coordinates, but have noticed that if I say create 20 floors and then re-run my graph with 20 more floors in a different location, the first set of floors is replaced with the second set.

It appears I can only add to the list, re-creating every single floor each time.

I would ideally like to be able to create an area of floors, disconnect it from the dynamo graph and then create the next 20 so my model accrues, but floors that are already right are “banked” and won’t be affected.

If you run the script in Dynamo Player there won’t be any Element Binding.

Element binding is the name given to the process which Dynamo manage to ‘track’ the items created in non-Dynamo files. In this case, I’m going to focus entirely on element binding as it refers to Dynamo for Revit, but the mechanism exists to allow for this behavior in other applications (advanced steel, fusion, alias, etc.) as well. In the context of Revit, ‘elements’ refers to anything with an Element ID in the Revit database. When utilized correctly, element binding will expand how you leverag…

Even better for me was this node from the Rhythym package that toggles binding on and off.

It actually suits me better because I am pulling data from speckle server and want to manually pull new commits.

Its in the thread you sent me. 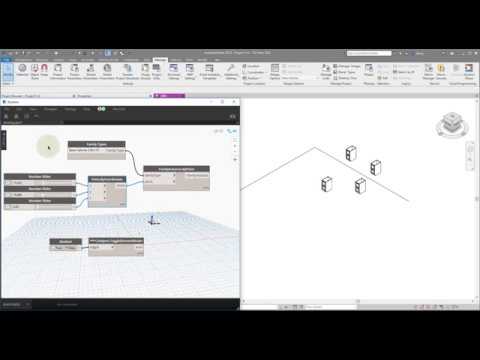 Just as an FYI: I talked to Speckle developers a while ago about getting their connectors to work with Player. I believe it’s in the works currently (it was more work than they originally thought), but it should be available in the relatively near future.