Thanks to the Dynamo forum, we have developed a script that will allow us to create a cogo point everywhere polylines intersect. This will help us a great deal during an upcoming project where we are tasked with creating a Utility Conflict Matrix. The one issue with it, is it will create a cogo point at intersecting points on a utility that’s on the same layer (e.g. a tee or end cap.) If we could eliminate those instances, we would be able to directly identify only the cases where polylines on different layers intersect, saving us an incredible amount of hours. Is there a way I could build the script so it ignores intersecting objects that are on the same layer? Unfortunately, it states that new users can not attach files or else I would share the script and test DWG.

Maybe use a google/one drive link or perhaps some screenshots? Sounds like an interesting challenge and welcome to the community! 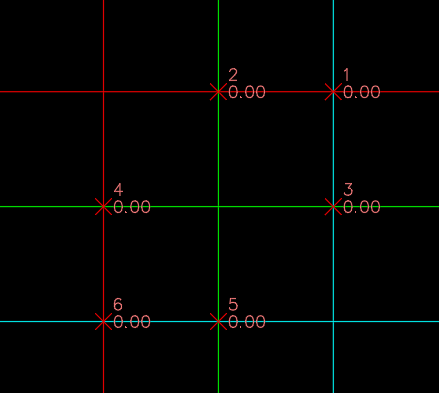 Beat me to it, Kirk

You both are fantastic, thanks for the help! Looks like the one we are looking for is best represented by the script mzjensen provided, although both provide great content that we’ll be able to use for fine tuning. There are some cases where certain crossings (that should be getting identified) get skipped in our test file and we are attempting to identify why. Thanks again!

UPDATE - It ended up being polyline elevations… once everything was set to 0 all of the polyline crossings are being identified (except for one case that I noticed in which a crossing occurred on a curve of one of the polylines.) I guess this brings up another point on potentially improving. Sure we have interference checks for utilities that have networks utilized, but a lot of times you won’t receive intelligent utilities with your data set. If we could make assumptions on depth of cover and apply to the polylines to take advantage of the Z output, we could pull even more important data out of this. Also, if we had a surface, wondering if we could convert to feature lines and use the same type of methodology. Thanks for getting us over the hump gentlemen, what we have now will save countless hours on the project.

Looking for some open source code to help expedite gathering all utility crossings for all pipe networks in a drawing, organizing it by labeling, and exporting to a table. Thanks in advance for any hlep.

Hi, i am trying to get the elevation of a line at a xy intersection with another line. Its that possible in dynamo?

Hi there! First of all thanks for your contribution.

I found your idea quite interesting and I’ve been trying to adapt it to my needs.

In my model, I have several polylines with differente lines intersecting them.

I modified the input in your script in order to select only a polyline and the intersecting lines instead of all polylines in the model. The script seemed to work properly as the cogo points were created.

The problem I am facing deals when I ran the script but selecting another inputs. New cogo points are created at the new intersections but unfortunately the former cogo points created are deleted.

May you give me a hand solving the problem? Much appreciate

This post will hopefully give you a good understanding of what is going on there and the various options available.

Hi @mparks8G2XN, This has been a point of confusion for a lot of folks for quite awhile, so let’s take the time to do a deep dive. Here’s an example. I’m using Civil 3D 2023 with Dynamo Core 2.13. Below is the test graph, about as basic as you can get - create a circle on layer 0 at the model space origin. [circle] (click to expand/collapse)

Thank you very much for the link.

As you pointed, the problem was due to the data settings. Changing the option immediatly solved it.