Thanks for the post however it splits the geometry into two solids. is it possible to make it three solids ?

I’ve also been trying to do this. I thought a recursive function would do it but i’m not quite sure what i am doing wrong … Does anyone have an idea?

The arrow points at what i want to get. 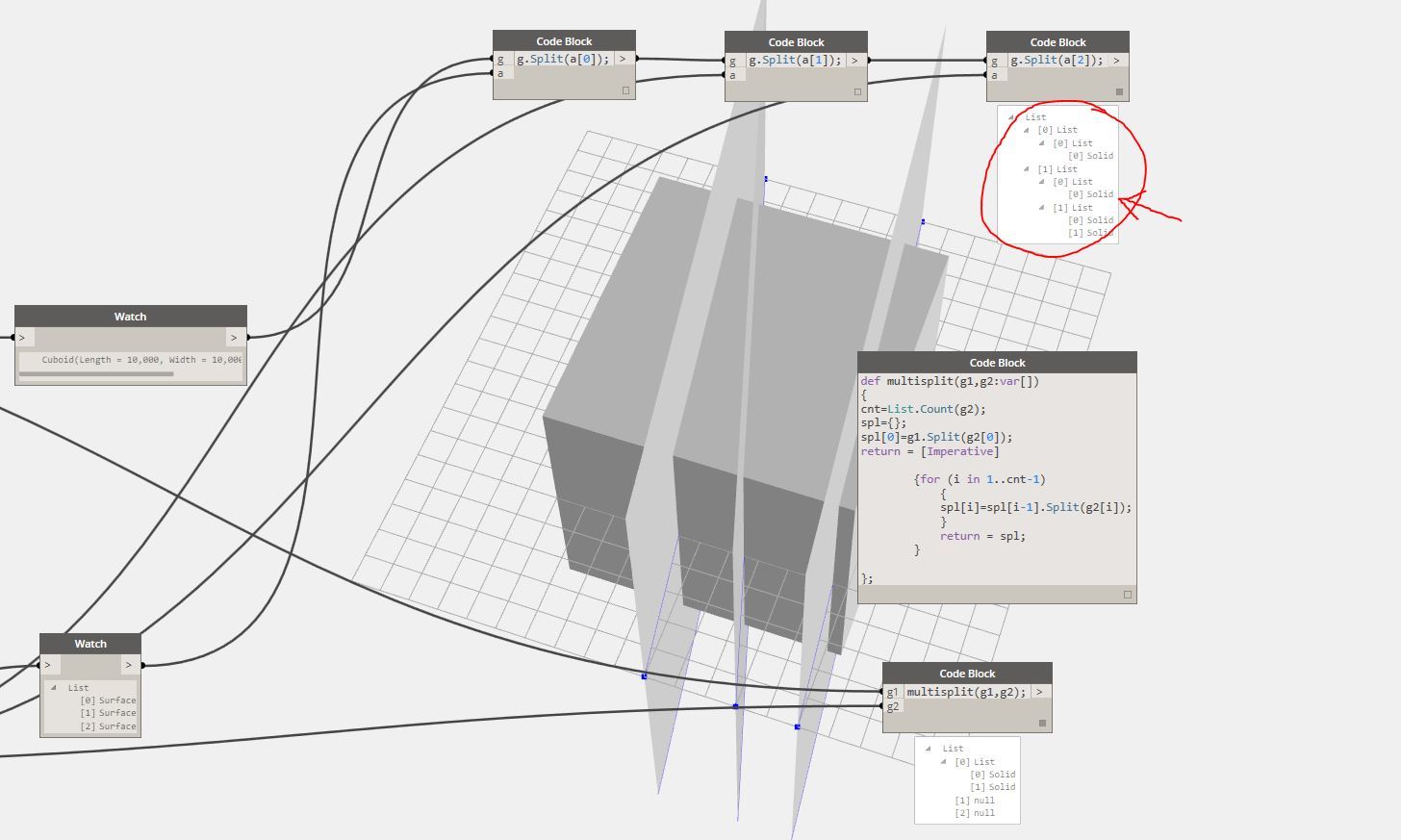 Check out the node “Geometry.SplitRecursively” from spring nodes. It’s coded in DS: 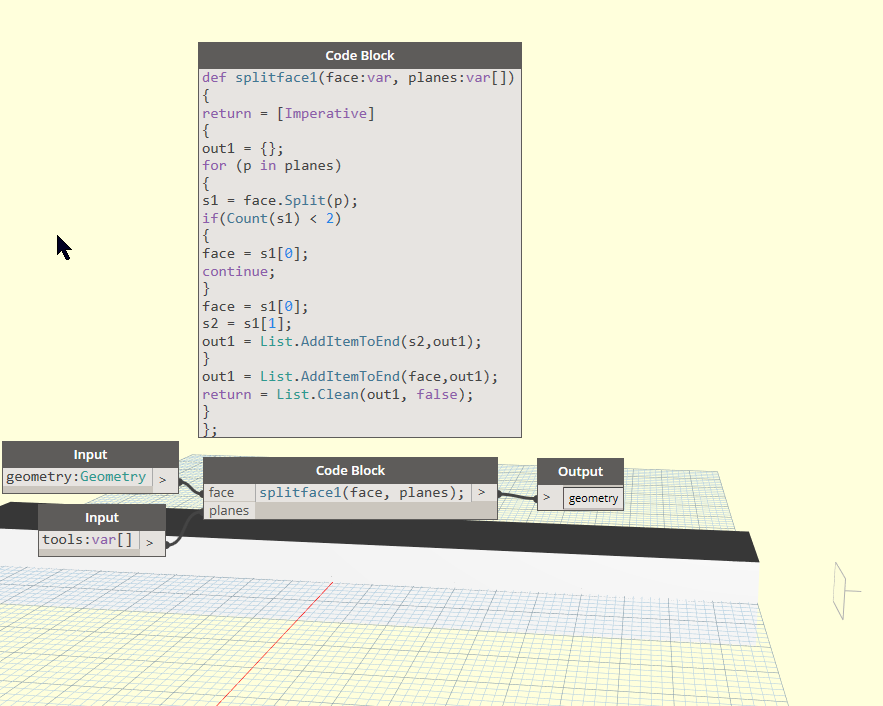 I followed this example to test this node, and I’m not getting the same result.
Can anyone let me know what is wrong in this screenshot image? 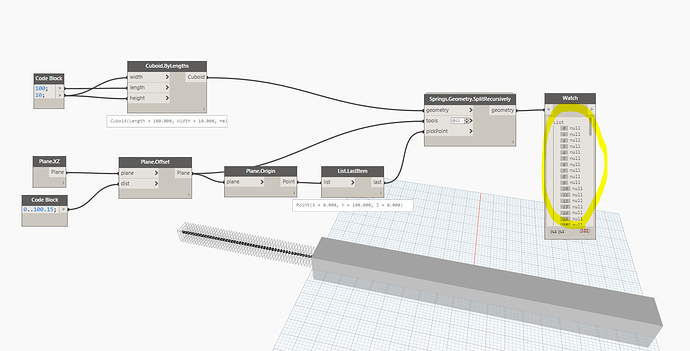 Your lacing technique with @L1 for the tools input doesn’t make sense, because it would chop the list of planes and cut the original cuboid only once with each plane (in which case you’re better off with using the built in node directly). Try disabling it first: 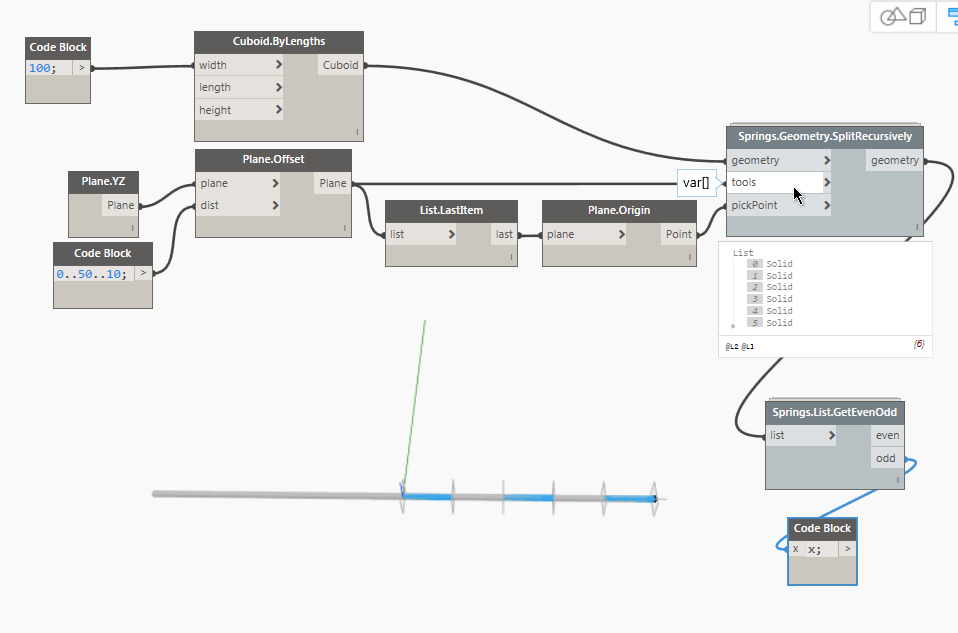 Thank you for your reply Dimitar.
I used levels for the data because I was getting one “null” message as below. I tested one more time without using it, but it still doesn’t work. 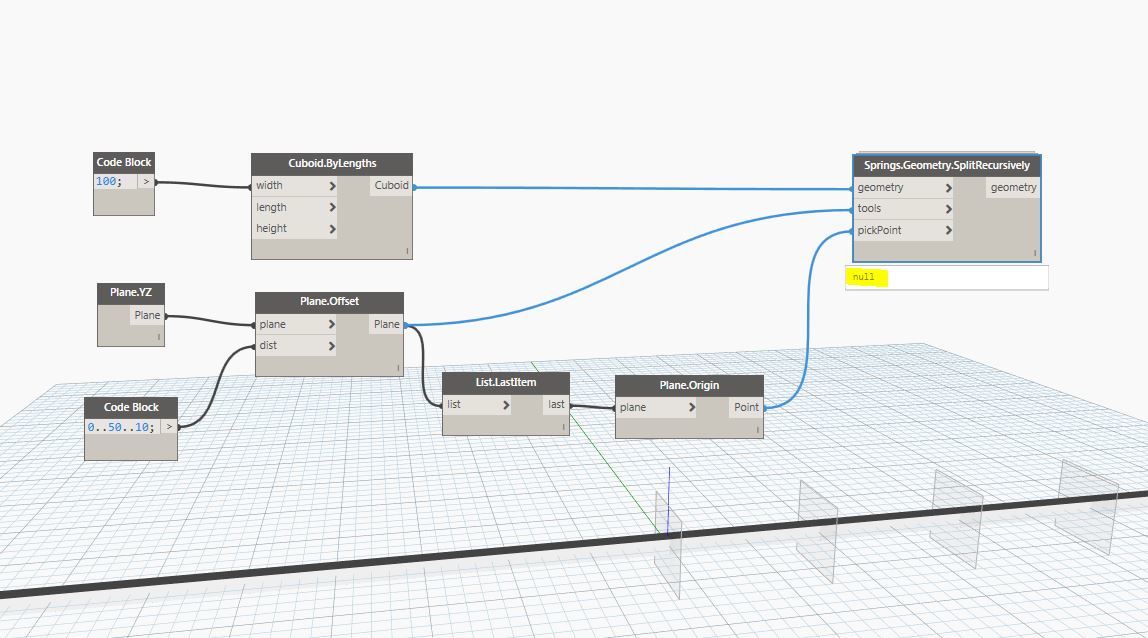 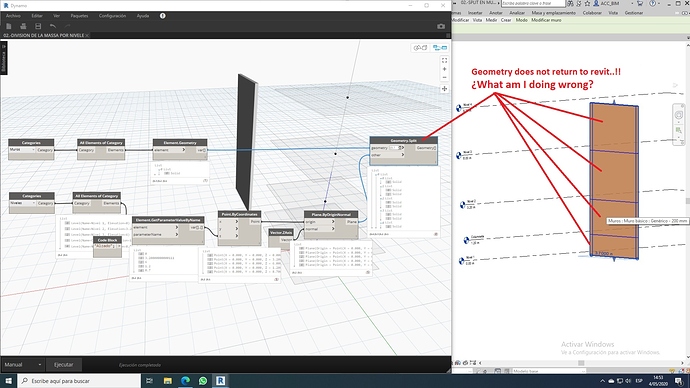