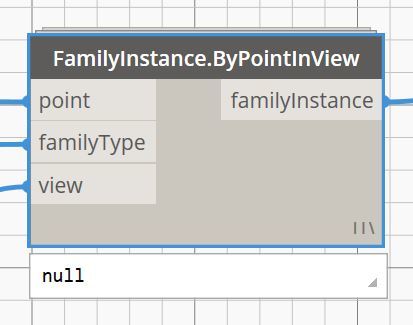 I don’t know how to solve it

Does anyone have a suggested alternative to the node mentioned by the OP? I have the same question/issue. I want to place a list of items on a list of sheets. It works fine with this node if I feed in one sheet. But not with a list. Does anyone know a way around that?

If not this node, how would I loop grabbing the items from the sheet list one at a time and feeding in? Thank you.

By adjusting @Andreas_Dieckmann’s node a little bit, you can achieve what you are after:

Thank you for the reply and the kind comments about my work.

So, I Know nothing about Python, but I pasted your code in and modified my graph and it worked! Thank you!

I had almost replied back with another issue, but i figured it out before posting. The output of the Python node generated a four-level list, but I needed it to be a three-level before it worked correctly. Flatten to the rescue! Got to pay close attention to those list structures…

SO thank you again. This works like a charm now. Very pleased.

I tried by inserting above code but it is not working at all.

To utilize List@Level, it would require wrapping the python script into a costum node. If I remember correctly, this is described in the Dynamo Primer.

From your description on what you are aiming to do, it would require a little different approach in regards to the python part. The zip() function would do what you are after here, but I can’t demonstrate it right now. It would have to wait until tomorrow, unless someone else chips in

I read the primer and was able to create a custom node. But I couldn’t wrap my head around the zip() function in Python.

It can wait until tomorrow, my script works for the current view which is fine for now. Thank you!

I think I found a modified .dyf that should accept lists, but I can’t download it. Post #5 here:

Dimitar, Always the misspelling… :-s Thanks, it is working perfectly! I have one last question: I need the output list from your Python Code to be the input on the FamilyInstance.ByPointInView node but I’ve noticed that it expects a single string, not a list. Is there a way to make it accept lists? My intent is to place 13,663 instances of a family type on 13,663 different points and views. That’s why I have a list of 13,663 view variations based on 28 actual views. Thanks, Eduardo Tavares […

The link seems to be broken and is taking me here:
https://dynamobim.orgwp-content/uploads/forum-assets/eduardo-tavaresquattrod-com-br/09/22/FamilyInstance.ByPointInViewList.dyf