Extend beam in dynamo to stop when hit object

I’ve made an excel-program which creates a text file which I use in Dynamo. This autodraws a lot of beams with a given length (from excel). I want dynamo to extend all the beams until it hits another object and then stop.

How can I find the intersection point between two structural framings? I guess they really are just lines with a “graphic” on them, which means that the “graphic” intersects, but never the actual lines. 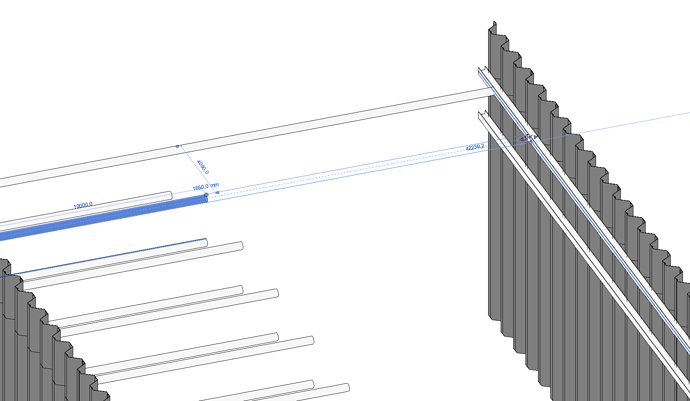 If all the pipes are going to be extended to the same beams why can’t you use the Trim/Extend Multiple Elements command? Select the face of the beam (or create a reference plane) then select all your pipes to extend to your selection.

Make those lines a plane and they will intersect

I could do that, the problem is that every time I change something (e.g. beam-size) I have to rerun the script, which means I have to do the manual job every time (and there is hundreds of pipes and beams). Therefore it would be easier if I can add a few boxes to the dynamo script that does this automatically.

I was looking more for a way to extend the line until it hit something (anything, doesn’t need to specify it) and then stop. But it doesn’t seem like there is an easy way to do it.

Btw. thanks for all the suggestions!

If you’re looking to extend your pipes until they hit anything you’ll have to use a ray bounce or geometry intersect.

If you select the structural framing with select model element you can then use StructuralFraming.Location to gete the curve.
Using the curves tou can create the intersection 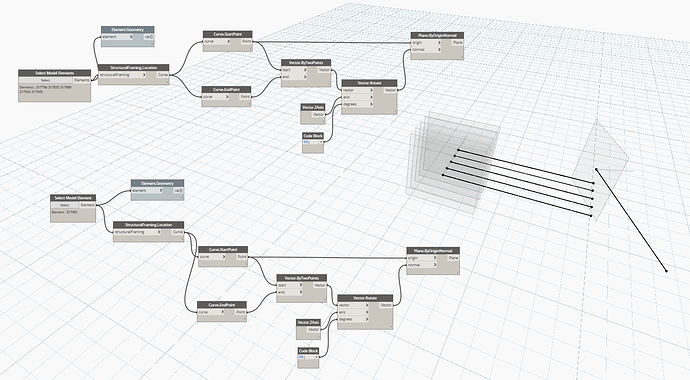