Dynamo to Access GIS Information Stored in a Block Reference 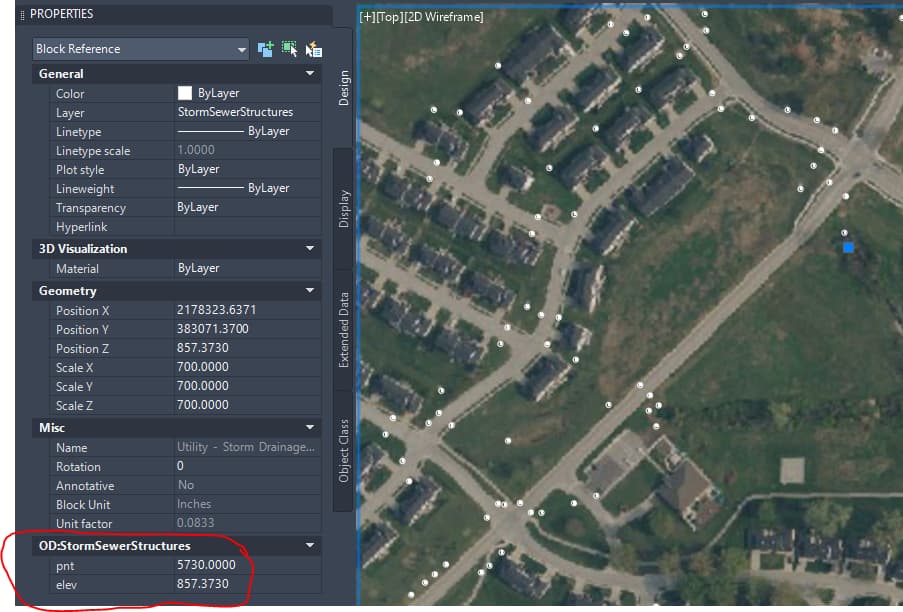 Yes. There are nodes in the Civil 3D Toolkit for working with object data. This should help:

I am trying to label lines with OD data fields. (Imported pipes from GIS) ObjectExtensions.GetParameters does not list any OD data How is this possible?

Thank you. This post solved part of what I am hoping to achieve. I have a DWG with imported points for storm drainage manholes. The points were imported from a GIS model, and the point number was brought in (point number represents the structure name in the GIS model). Upon import a block reference was specified to be placed at the location of each point. The image below should help explain what I have. 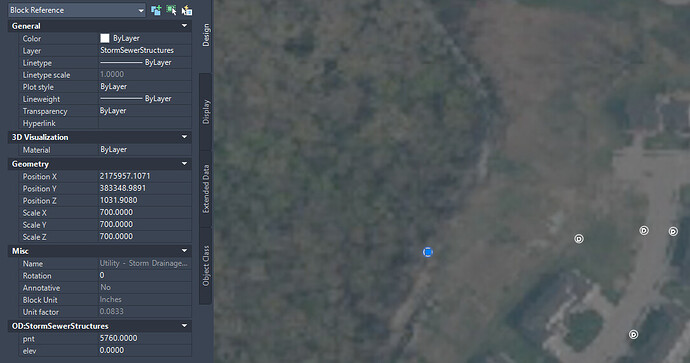 I was able to use Dynamo to get of all the “pnt values”. I also have another list that contains some of the “pnt values” that I would like to use to filter the larger overall list. Haven’t been able to get List.Contains to do that correctly yet (see image below). 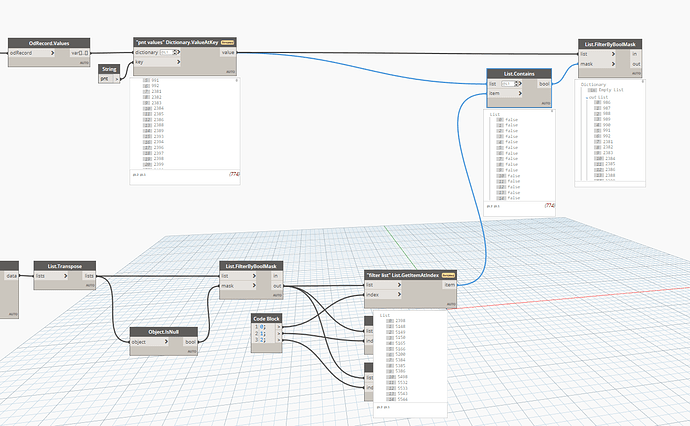 If this can’t be done then I would change my strategy and generate cogo points from the GIS data and could manipulate layers and styles in that way. Maybe cogo points is a better way to go?

The next question I have is can the “pnt values” then be used to get the block references that are tied to those values?

Sure, you just need some piece of information that ties the two together. Maybe “pnt values” is the same as the block name, or there’s an attribute value that matches them up or something. It’s just a matter of filtering and manipulating the data to get what you need.

Maybe cogo points is a better way to go?

Up to you. I can’t foresee any reason why you couldn’t get to the end result using either approach, so just pick the one that makes the most sense in the broader context of the workflow.

Thanks. I see that you have created a node for PointLabelStyles. Is there a node I can use to apply that point label style using dynamo? 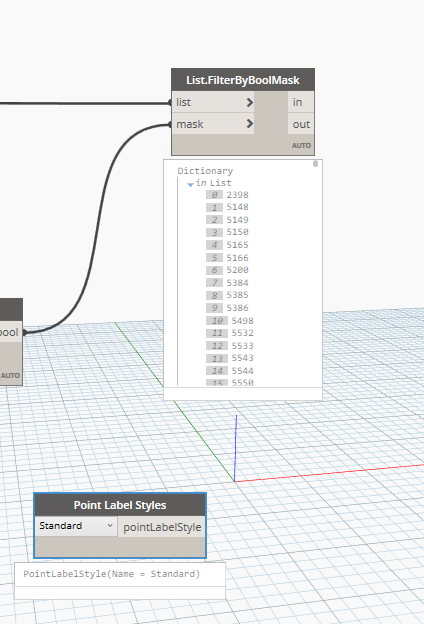 No, unfortunately I haven’t had time to implement a set style node for COGO points. They are treated differently under the hood than other types of objects, so it’s a little more effort to work with them. But you could do something like this: