I’ve been trying to map an image file using the Image.Pixels node fed into a brightness range (then applied to a curtain panel aperture). I’ve applied List functions to the panels to arrange them by Z then X values (as sub-lists/rows of panels).

I seem to be getting fairly inconsistent results when I change sample sizes, and none seem to fully map the image to the panels. See below:

I’ll upload the script shortly to see if anyone can identify an issue coming from that. The panel and pixel counts are correlated in each case so I don’t think it’s a list logic issue… any help is appreciated.

Also if there are any known bugs or limitations with the Image.Pixel node I’d be appreciative if anyone can enlighten me on them, I’m beginning to suspect maybe the node isn’t working as intended, or I’m not understanding how to properly use it. 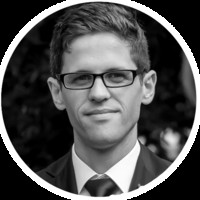 I think this is fixed in 2.1 - what version are you using?

@Michael_Kirschner2 thanks! Yes I was reading through that post prior to posting this also - I thought that derived from an issue relating to the start point of sampling vs. the error I’m running into above where the samples are inconsistent regardless of the border row/column’s sampling point. Having re-read the body it appears to imply 2.1.X addresses many issues however - seems to indicate this was a known issue in 2.0.X? If so that’s a good enough answer to my query - if you’re able to confirm I’ll treat this as answered.

I’m currently running on 2.0.3 as I have to write in a version my users can rely on for stability unfortunately - I would have remained on the currently endorsed 2.0.2 but ran into conflicts between Clockwork 2.X and archilab, of which 2.0.3 was the only fix. I understand 2.1.0 is still in testing phases - but will make the jump asap. Does it run parallel 2.0.X or does it replace the build? If parallel I can download as a test I guess…

I’m unable to aid with this but just wanted to say the workflow is really nice.
What does the rendered output look like in revit for example?

Do you have any screenshots?

No worries if not, just intrigued and can’t access revit myself at the moment!

Thanks! That’s OK - glad to pass around techniques in the meantime whilst I get to the bottom of the issue

In terms of my own screenshots, the model is really just a curtain wall for testing currently!

I can’t take full credit, the idea has been covered a lot of times by lots of people… probably the most thorough demo of the workflow I’ve come across is covered in this video (which lead me to try this particular example);

Really great stuff! Thanks for taking the time to enlighten me

OK… still trying to get my hands on a live version in office due to the 4 versions apart rule on AEC suites. Is the 2.1.0 build stable for use in 2019? Haven’t got any direct confirmation it’s the version that is at fault but most answers seem to be leaning towards it at least.