I am working on a script manipulating viewports and view titles. The annotation such as grids and levels make calculating certain center locations difficult and produces undesired results. To combat this I can uncheck the “show annotation categories in this view” and then run the dynamo scrips and everything works. I would like to build that step into the my graph but I can not find a way to uncheck that setting. 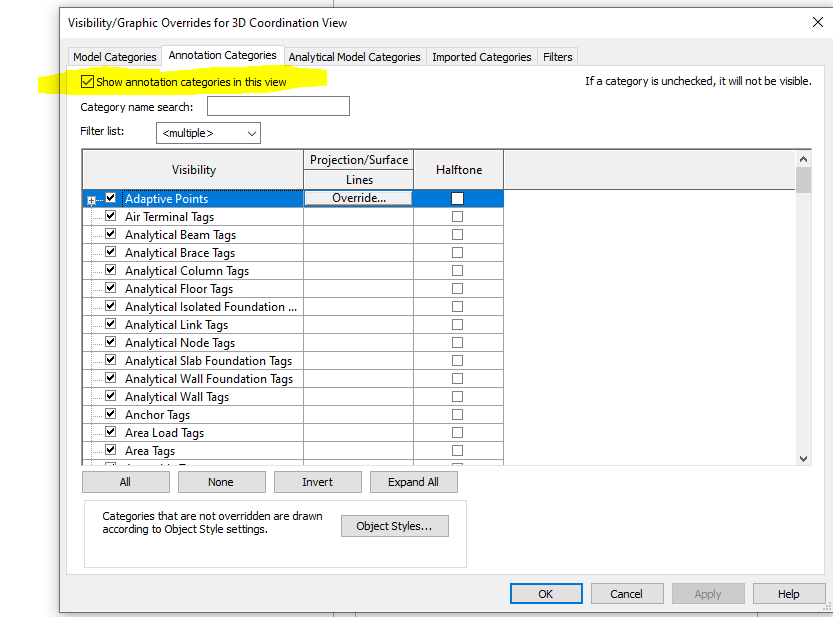 This is just a property of the view.

@dmillerSNYXQ just replace the property mentioned by @Nick_Boyts in the following script:

Thank you, @Nick_Boyts and @Elie.Trad, for the help. I am not sure how to select both of you for providing the solution; it seems I can only choose one post as the solution.