I’m just trying to start with the basics of dimensioning a wall. I can get its length at just over 196 inches and the two end points. But when I feed that into the dimensioning node, I keep getting nulls. 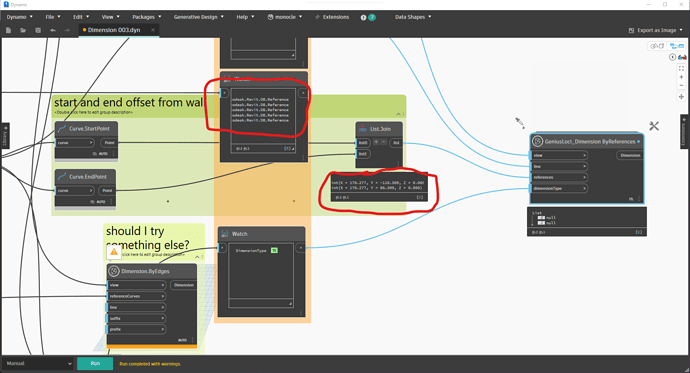 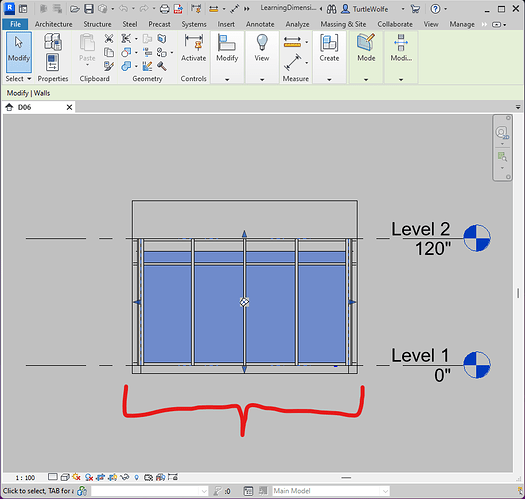 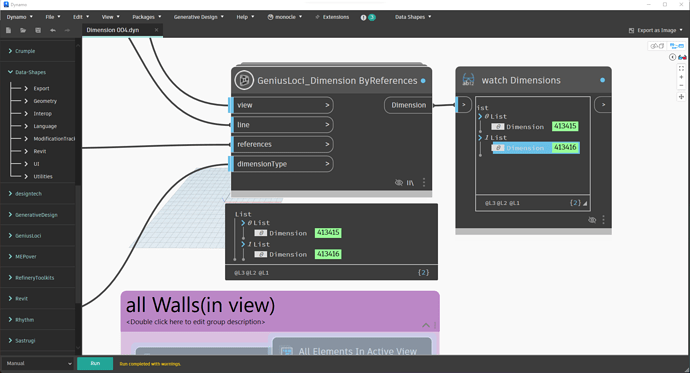 I think you need to feed in reference instead of points?

For curtain walls, use the dedicated nodes : CurtainWall Horizontal (or Vertical) References nodes from the Genius Loci package.
Pay attention to the inputs of the Dimension ByReferences node.

@Alban_de_Chasteigner
that’s what I used in the 004 file. It is returning dimensions now, but I can’t see where they end up at. They are either zero length, offscreen or at an angle I can’t see them? (not sure) It says there is not a good view to see them.

Here is an example :