I get an error with a Curve.ExtrudeAsSolid but still get the resultant solid. 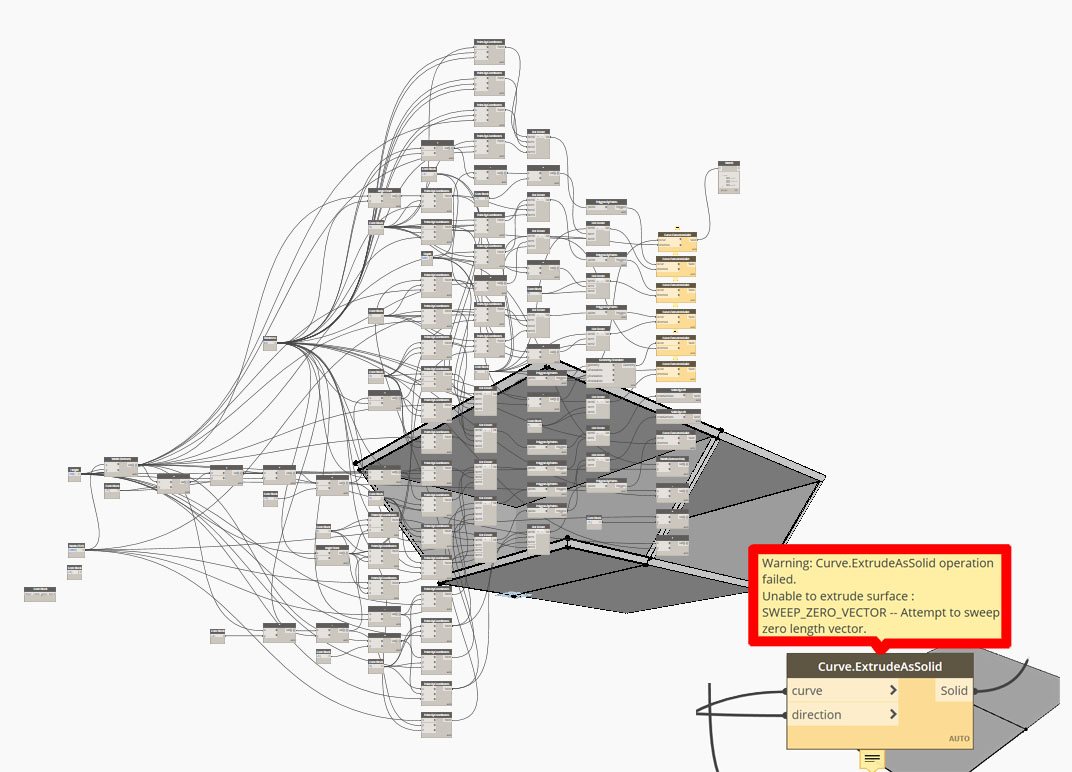 As I said the operation does actually work but as i’m a new user i am keen to understand why this is the case.
Happy to upload the .dyn, however I am not allowed to at the moment.
Any help would be appreciated.
Thanks

Hard to tell from your screengrab as it’s small, but I assume you are feeding a list of curves or vectors (or both) and some combinations are successful but at least one is not. The error suggests that there is a vector with zero length involved which means the extrusion for that vector would fail.

Example, with two circles and two vectors. The first vector is (0,0,0) so has a length of zero, and so the extrusion fails, although the node still produces the other successful extrusion: 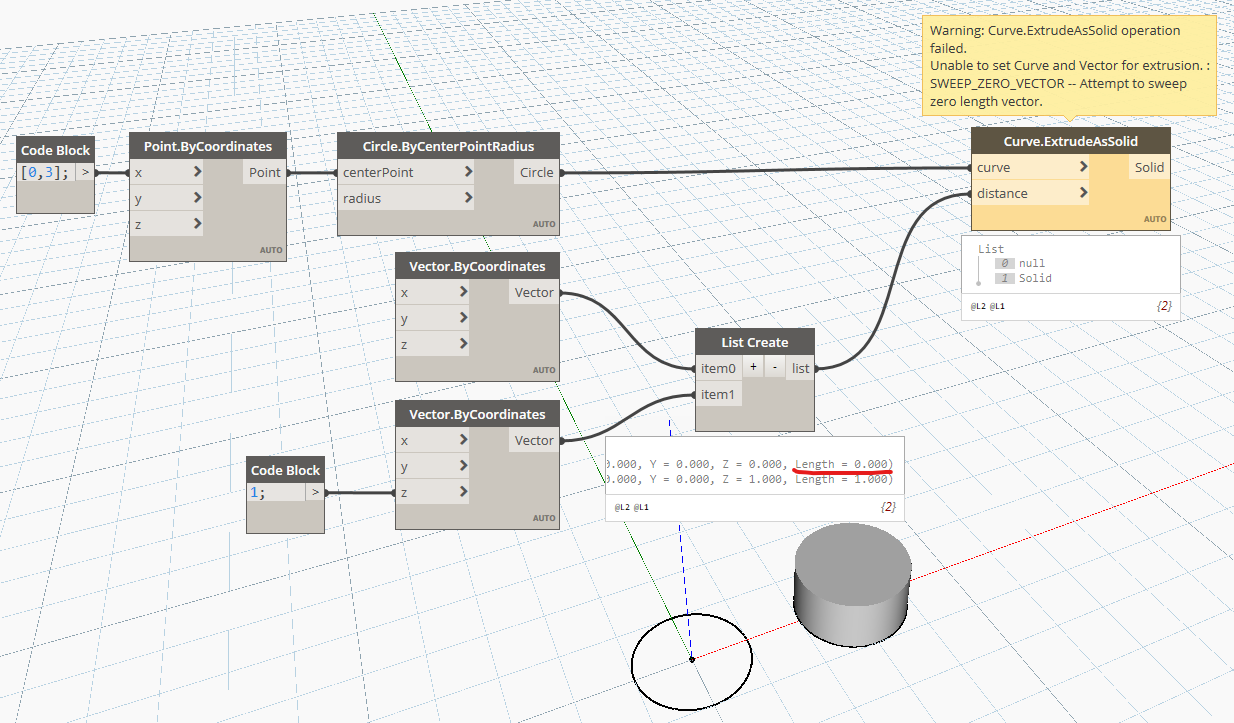 Brilliant thanks, error messages all gone… well except for the ones I get exporting as a family…but i haven’t quite reached exhaustion on that one yet.
thanks again