Civil connection Bug? - Get alignment returns empty list, if alignment is on site in Civil 3D

Bear with me as I am not much of a Civil 3D user, I am just pulling the alignment / profiles out of Civil 3D to use in Revit through Civil Connection package so this maybe a designed in feature.

The workaround i have found is to move the alignment site to none, but if you don’t know to do this its quite confussing as to why there are alignments in Civil but not being seen in Dynamo Civil connect nodes. From chatting to my colleague this is because the alignments are imported from ProV. Even so it would be good if the alignments would be accessable in dynamo with having to change anything in Civil 3D. 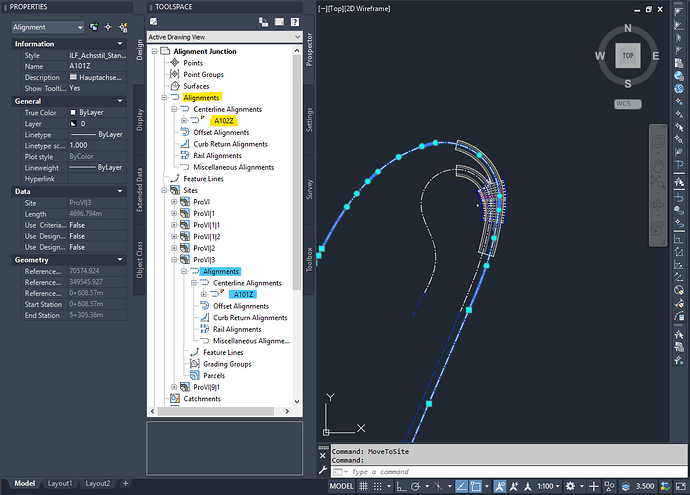 Don’t know if you have seen this. I have added a note to my code here so know to change the site to none in the Civil3D file which is fine for now, but feel may cause problems when the Dynamo code is given to others around the office especially if the Civil 3D file can’t be easily changed for some reason.

@Matt_Gaydon thanks, I’ll add the site alignments to the list in the next release