I tried to run one of my scripts. 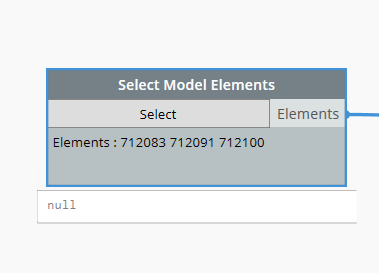 I could not collect elements from Revit. After I closed I cold observe script is partially executed.

Is it a bug, I don’t know clearly what might be the problem.

You could have had a command running in Revit. If you accidentally start a Revit command Dynamo won’t run until the command has finished. If you don’t realize this is happening it can look like Dynamo isn’t running or is stuck. This also wouldn’t let you use Select Model Elements as you wouldn’t be able to start the new command until the old one finished.

What Revit and Dynamo versions was this with?

No I didn’t select anything in Revit, while executing my script. Of course I know what you mean

I could see the script run after closing the script completely, that’s what I’m surprised about.

Which build of Revit though? Are you current with build 2017.2.5? If not updating that is a must.

You should also switch to the formal release of 2.0.3, hard to know if your build is at fault otherwise.