Now when I change the interval number in the classic Dynamo interface, it works as intended, for example for a newly defined interval of 15 m, the old light poles are deleted and the newly generated light poles will be placed at 15m apart from each other.

I want to try to manage now the interval parameter in Dynamo Player, so I set the Number node in my dynamo as an input. 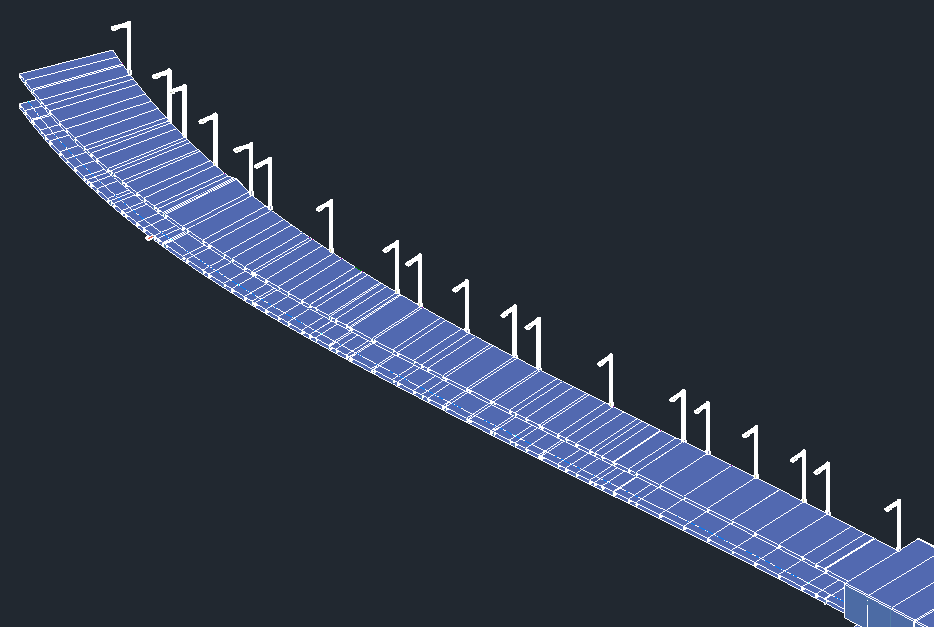 Any ideas on how to fix this in Dynamo Player?

This is a known issue with Dynamo Player for C3D and how it handles element bindings. The behavior you experience in the Dynamo UI is by design so that duplicate objects are not created every time the script is run. However, the behavior with Dynamo Player is unpredictable. There are several other related posts (see below). As far as I know, there is still no acceptable solution for fixing this behavior in Dynamo Player. The best I have been able to come up with is mentioned here.

Today I discovered two strange behaviors of the Dynamo Player in Civil 3D and I assume they are bugs. I hope anyone can confirm this. A test script is added: Test_3Dpoly.dyn (15.6 KB) It places simple texts along a curve that you select. Case 1: I start the Player and edit the input. I can select a polyline and the script places texts next to it as seen below: [image] When I select a second (shorter) line and run the script again, it does not remove all of the previous placed texts, as see…

Is it possible to disconnect objects after “baking” into Civil 3D. I have tried moving them, changing their layer and even closing and opening the Dynamo Script between running the code and the ObjectByGeometry etc still finds the shapes/ curves etc and deletes them and matches what is not previewed in the Dynamo viewport. I did just get it to leave one set when i moved and change the layer on 2 sets of solid but it seemed like it picked which ones to deleted/replace. I can understand the thin…

Originally created object disappears when i rerun the script Civil3D

When 3Dsolid are created from a script they appear just fine, but when the script is rerun the originally created 3Dsolid disappear. Is there a way i can fix this? [rd1qRC87V4]