Hi, I would Like to know if there is a way to set Dynamo as an Active Workset.

I was looking I could see that there is an option with the Id of the Workset but I can not find a Node or a method in python to do it, Thank you.

I would like to control it for future Scripts for my Team, If I can get access to the data about the Workset that is assigned .

Method to get workset table from document:

The same, but to get the workset:

Method to get workset table from document:

Thank you GavinCrump, It is a good Started

Here’s the code to set it as well, had to get to a computer…

That is Perfect it is what I wanted.Now I can continue with my Script, the goal of it is to bring it to C# to the macro editor.

But I do not know exactly do the macro run when I open a file(Just what I can do it when I open Revit, close or run a macro ), I want that the macro editor set a workset depending on the user name (all this is controlled ). 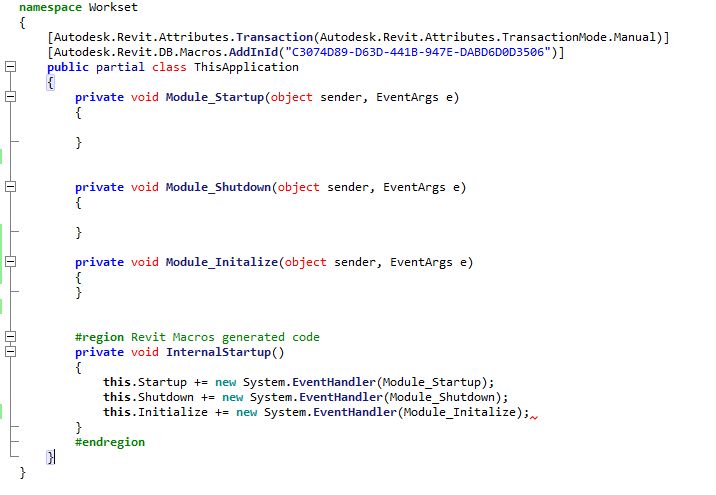 I wanted to add a Module as the Module _Startup but I tried to do the same in the Internal Startup adding the Initialize method.

Is something that you can help or should I open a new topic?

Thank you Very much in advance

That’s one to ask over on the revit forums.