If your IT isn’t ok with people downloading DLLs off of package manager, would they be ok with DLLs somehow being baked into DYNs, and the DYNs being distributed?

Just to clarify, my statement about DLLs is not related to what IT wants to do. Microsoft’s security policies block loading DLLs from network shares.

I guess if you have to share something with a DLL you would have to trigger a download from an external source down to your local drive. Otherwise, being able to “pack and go” content with python, out of the box nodes, or designscript code would be beneficial.

My preference would be to have the package name in the node title (or an an option to turn this display on)
I guess the only issue might be the text length in some cases i.e “BimorphNodes.Curve.RemoveDuplicates”

For the help- I think the right click option is fine- but as you say, just as long as it is easy to find out

I agree a ‘pack & go’ utility would be good for publishing & distributing complete Dynamo graphs.

I guess the downside is that you could end up with a lot of duplication, or old package versions embedded in the published graphs (but at least they should work reliably and not depend upon locally installed packages)

While I’m sure this is a problem in need of solving, it looks like that right-side panel being used just for looking up which packages are missing is a waste of screen-space. There could be a window like a console that you get fo that type of thing. If there were a right side panel I would love to see “Favourites Components” or some customizable toolbars, or different shading modes… stuff one uses every time the program is open, not stuff that just needs occasional checking.

This may be a relevant related topic: Call for Feedback on Extensions on Dynamo Right Side Panel

Data shapes has an option to prepend this information. I also added a view extension to Rhythm that does this upon node placement for Rhythm nodes in 2.0.

o.k thanks John
you are one (probably way more than one) step ahead of me

lol, just wanted to make sure to share how I implemented similar functionality in Rhythm.

If your IT isn’t ok with people downloading DLLs off of package manager, would they be ok with DLLs somehow being baked into DYNs, and the DYNs being distributed?

The issue is that all downloads are blocked by default. So they don’t even have the option to download anything from the package manager. Part of my job in dealing with all things Dynamo is to download, maintain, and distribute the proper files. So this is really a discussion about what works for me (or other “distributer” types in similar situations). I see this as a way to streamline and automate part of the distribution process.

But that also brings up the valid point of what happens if you don’t want users to be able to download and update DLLs and DYFs?

I guess the downside is that you could end up with a lot of duplication, or old package versions embedded in the published graphs (but at least they should work reliably and not depend upon locally installed packages)

That kind of depends on if or how the nodes get serialized. If they’re dependent on package version then yes, you could end up with duplicates and multiple versions. Which isn’t necessarily terrible. It would just be another way to help you see what you’re currently using and perhaps let you know that some graphs need to be updated.

If the nodes aren’t dependent on package version and Dynamo just uses the latest version you have installed (like it does now) you wouldn’t have to worry about updating individual graphs when you update your packages. 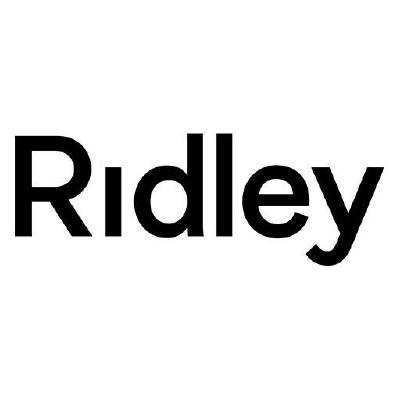 Dynahub is amazing and I think the team has quite a bit to learn from it!

That being said, the most important part of this overall conversation to me is to finally have some sort of way to serialize package infos in the Dynamo graph (.dyn) itself. I look forward to the day that I do not have to add that little note in all graphs that everyone ignores.

I can honestly care less about “auto package download” or, “embedded packages in dyn” and all of that “magic” part of the discussion.

What I want out of this whole effort:

But, if the team wants to get hung up on “magic” workflows and automating all the things, then I will just keep authoring Dynamo graphs the same way anyway by adding a note above each node indicating package name and package version. Then we have yet another feature in Dynamo that some people find cool, (examples include the now retired presets functionality, show/hide upstream geometry preview, Revit text outline preview in Dynamo and customizer/web publish functionality).

If I recall correctly, grasshopper has an awesome way of alerting users about dependencies. (Correct me if I am wrong as I haven’t used grasshopper in a while)

*EDIT- Kristen from Proving Ground was nice enough to share the image of the grasshopper version: 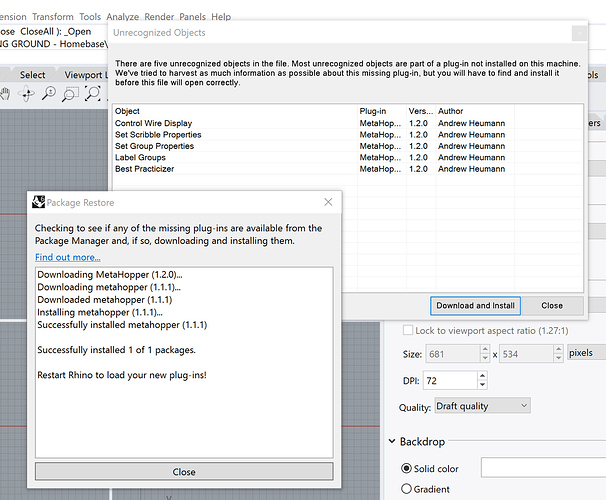 I like that it offers the option to download, but if you can’t (no permissions, etc), you at least know what the issue is with your script.

What I want out of this whole effort:

I am going to agree with @john_pierson here. +1

and am sure all have been super helpful for the development team. I can’t wait to see a result

Hey @Qilong_Tang,
where are we at with all these ideas?

otherwise stated with a French accent:

Hi @Jean-Marc and others who are still watching

Thank you for checking in. If you have been following our daily builds. This extension has made into the 2.3 builds, our team are testing different cases with package dependency display. Some design work is happening even before resolving the dependencies. Currently we have encountered four cases, as some of these cases are covered by the comments in this thread (tremendously helpful).

Our team is committed to address all of these cases and inside the team we have kind agreed that we will provide our way of resolving dependencies but no hidden magic based on the comments you have given in this thread. User could totally ignore and resolve by doing something by themselves. This work also helped us to find some bugs and workflow has been wrong the whole time. We are in the way fixing them. So stay tuned!

If that is the case- drop back to a .net implementation of dynamo with exposed classes to the nodes instead of whatever Dynamo is…

Is part of why I keep trying to get back into API coding to create embedded solutions- I just miss the step-through I had with VBA in other applications and being able to snoop parameters or classes on the fly. There is just too much in the database to ‘know’ when programming is a side implementation to the production work we do daily.

Thank you for doing this!