Im try to auto delete all dimensions which have zero value. But the earse tool can’t do it. I support it neet pyphon code but I don’t know it. Please someone can help me with this.
Any help will be greatly appreciated, Best regard 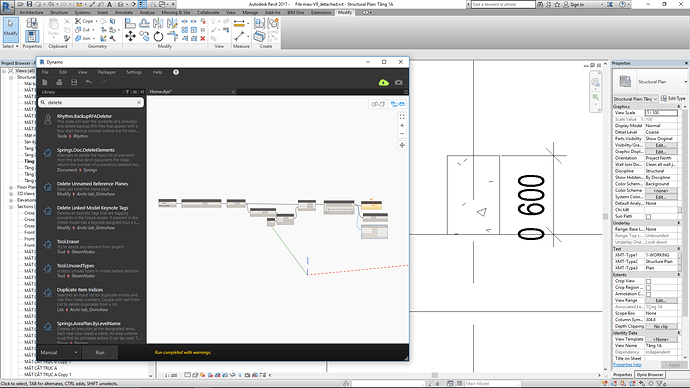 This however won’t work for multi-span dimensions. You’ll need a custom api solution for that.

im also trying to remove the zero values in a multi-span dimension. has anyone an idea on this? 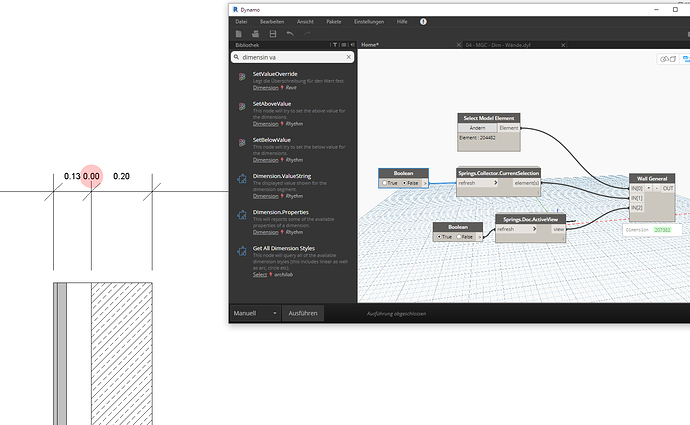 Has this ever been found out? Trying to remove 0 values from my dimension line aswell.

It is straightforward with the Dimension.Properties node. 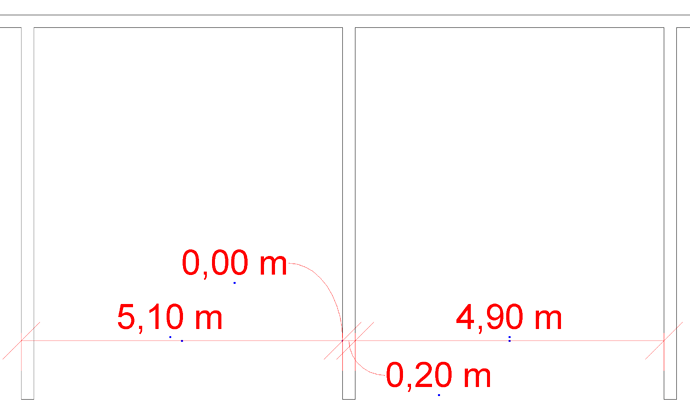 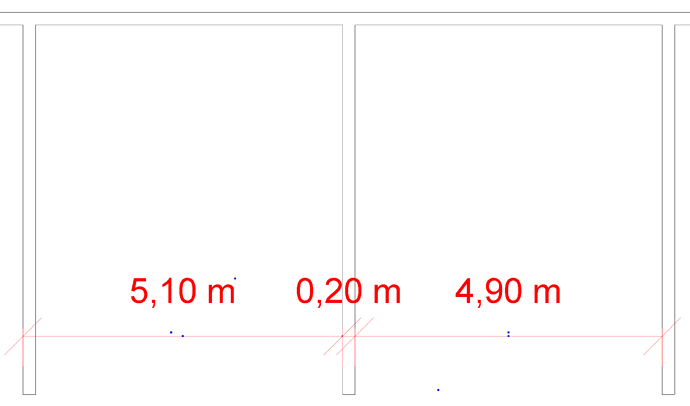 If not solved I can help you with multisegment dimensions. Have you also arc length or other dim types?

How is this done with multiple dimensions? Seems to be creating a wrong value list? 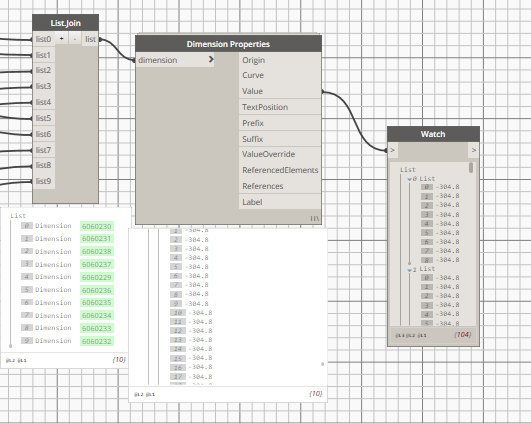 Or Null values if not set on longest lacing.

The Dimension.Properties node is working as expected with the longest lacing.

What are the units of your project? Feets ? This should not be a problem since the custom node performs a conversion.

Edit: It does get the correct values if I run a separate script, seems like there is a problem with it when used in the same script where the dimensions are created in.

Nice one, will give it a try tomorrow and let you know!

Sorry, it took a while before getting back to Dynamo.
For some reason it looked like it was going to work but some of my references (gridlines) were being ignored when using the method you provided.
However, re-running the script ends up with null values for the “Dimension Properties” node for some reason… 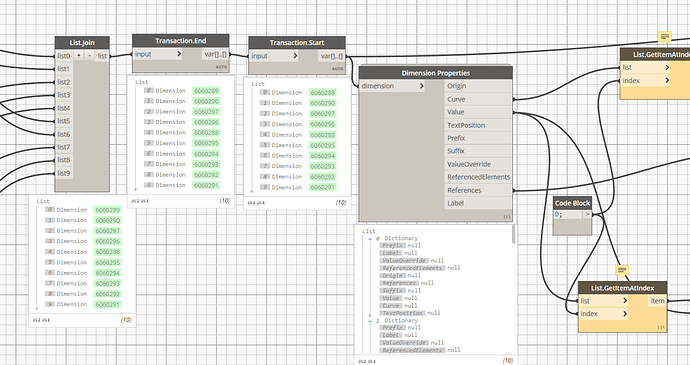 EDIT: Got it to work (kinda), but my problem now is:

And the Vertical Gridline are completely removed without any replacement, I think it’s being caused by the null values at the “list.GetItemAtIndex” node.

Alban, the node “Dimension Properties” seems to be getting null values for only vertical dimensions which are created with the “Dimension by References” node. Even when selecting those gridlines with the “select model element” node after running the script.

However, when I manually create a vertical dimension, it seems to be getting those properties without any problems. Have you tested this?

PS. It could also be because the vertical gridlines I created with “Dimension by References” use several references which are alligned behind eachother (probably the reason why I’m getting 0 values on the vertical dimensions in the first place)

Hello, what version of the Genius Loci package do you use to have the Dimension.Properties node? 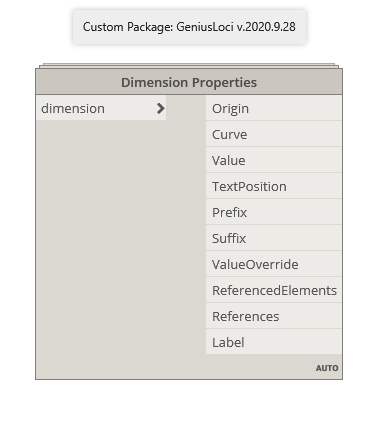 I appreciate the proposed solutions above but they didn’t work for me either. I found a goofy workaround. I can elaborate better on request:

To eliminate zeros I needed references that are each in unique locations in the working view. The references locations aren’t readily available so i used the edges list which correlates to the references list. For my particular view and dimension, I’m only interested in the unique references along the y axis. Long story short, filtering the edge y component list produces the right list of indices which i apply to the reference list. It get’s me exactly what I want to see along the predefined axis. 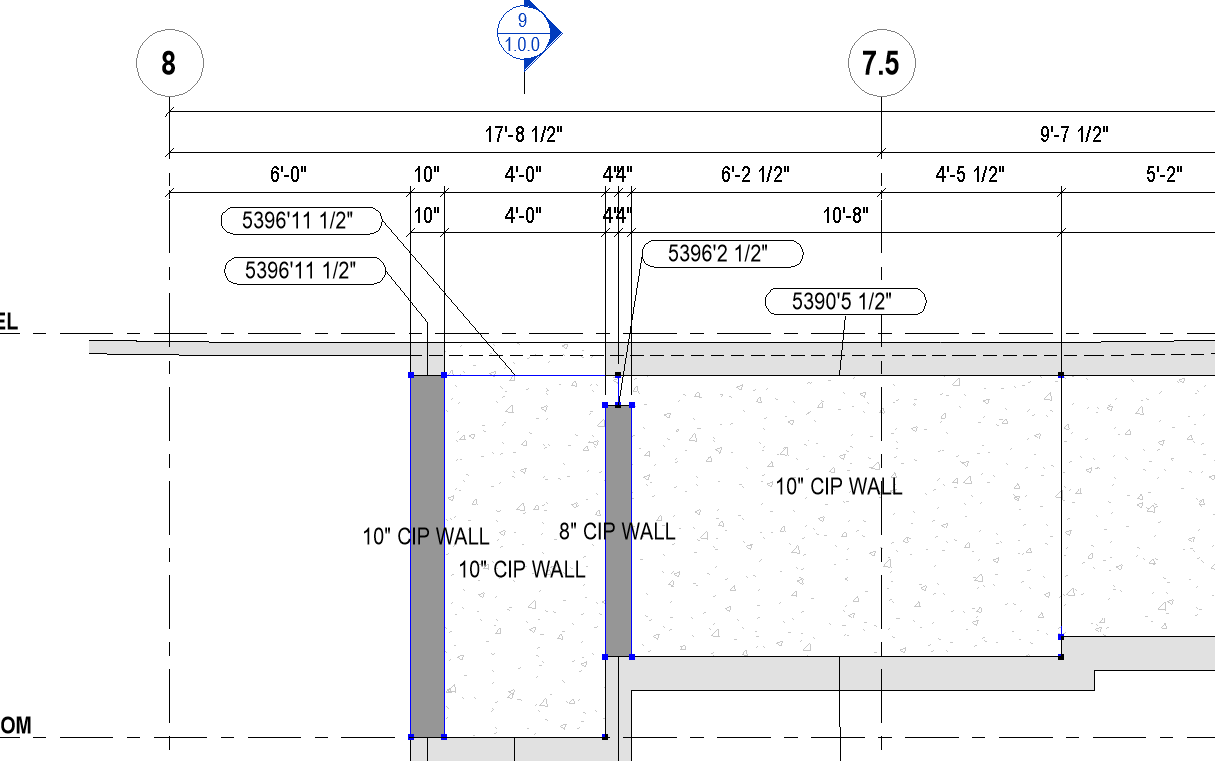 Hi, Alban. Sometimes the dimension is totally deleted. Did you have this problem?