Dynamo noob want to know how to use Dynamo Python.

However, in the bottom line of the createFolder, I wanted to set the input and put it in the code block outside because it was cumbersome to enter and put TAEMIN KIM one by one. 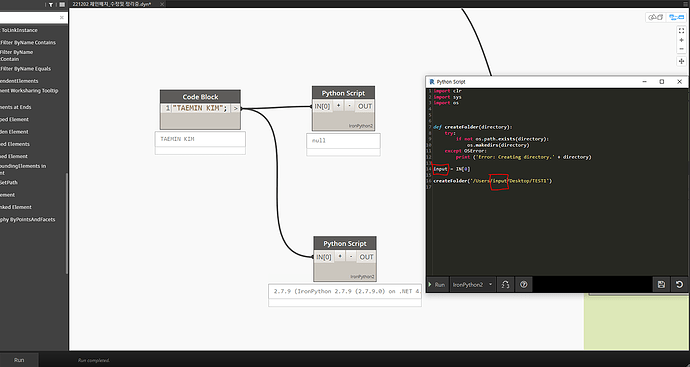 like this, but it was failed. it does not make folder named TEST1

What I want to conclude is to create a folder using code blocks without touching the inside of Python Script.

​
I want to make it like this.
​
What should I do? It seems like a basic content, but it’s hard to understand, so I’m asking you a question here. 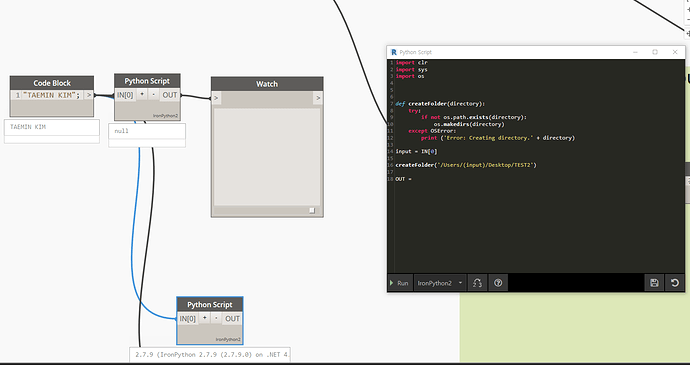 Additionally, I want to print the path of the created folder in OUT…

Sorry for my poor English 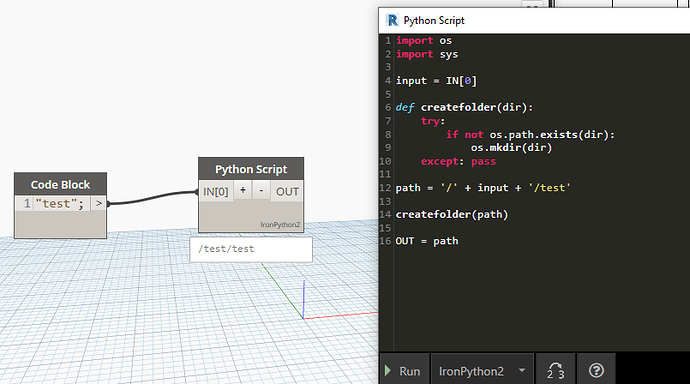