Hi All,
The bellow code I used some days before.It was working fine.
@T_Pover Wrote this for me.But Its not working now.

#The inputs to this node will be stored as a list in the IN variables.
fittings = UnwrapElement(IN[0])
refs =

#Assign your output to the OUT variable.
OUT = refs

It looks like the input is not a pipe fitting or maybe it’s nothing at all. Can you put a watch node between the nodes to see what’s going into the python node or share your .rvt + .dyn file. 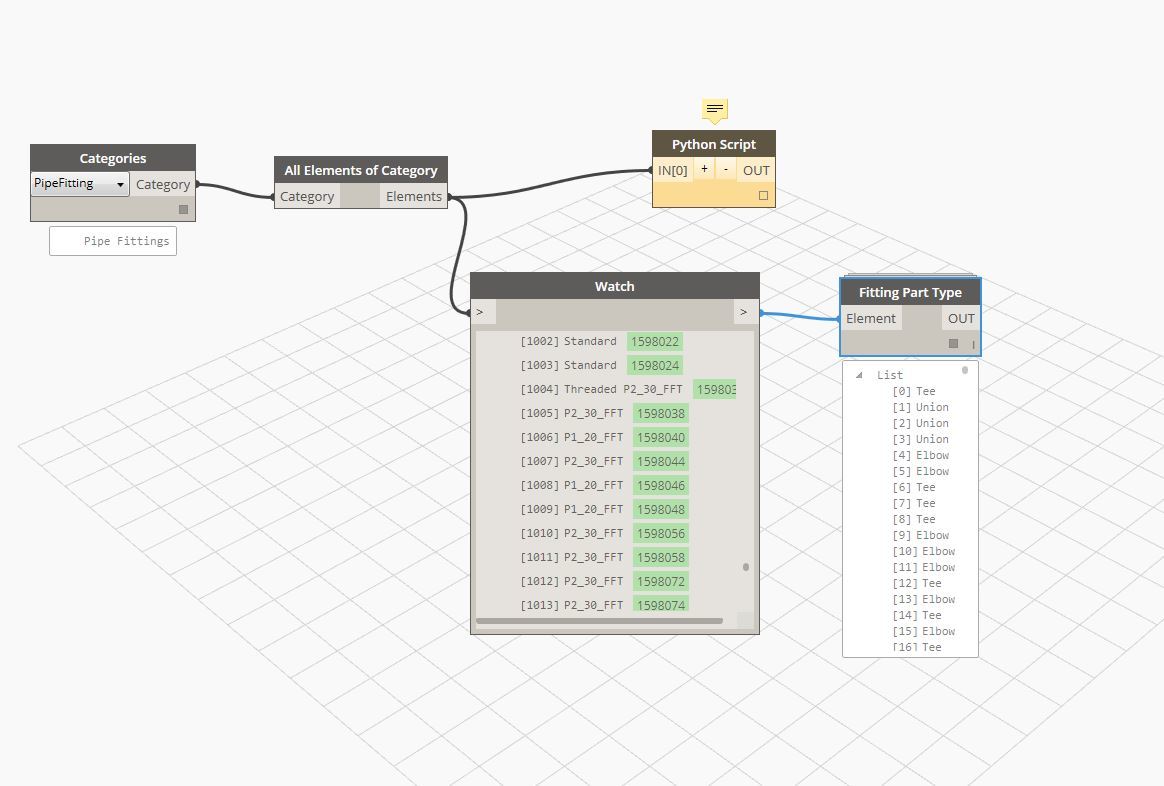 @bikashseas Looks good to me. Restart your PC and see if that helps.

Yes ,Its working…
Thanks All.