Perpendicular to the tangent of a curve by points

Good day, I appeal to you again to solve this problem. I’m trying to put a few in the amount of times in a curve, but do not put them as desire. What is the way to put “stop” it to the curve so to speak.
And I have another question, I do not know if it is necessary to generate a new topic. I to each of the families I want to be displaced from the curve a distance x, ie as outdated, is there any way for this?
Many thanks in advance and attached some pictures. 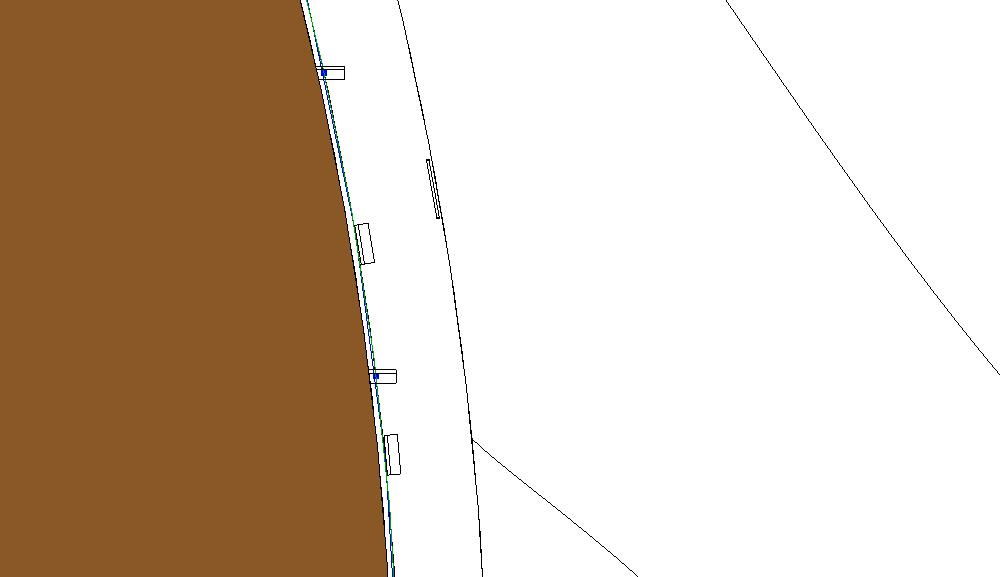 Rotate family after insert along curve to the tangent Geometry

I am trying to insert a family along a curve, and then rotate it to point to the center or be on the normal at each point. I have tried to follow this post Place family along curve but it has not worked as intended. I am sure it is something minor that I am not doing, and I am only using the Fans because it is easy to tell if they are aligned to the curve or not. I have attached the file I am using for your use. Place Families_With Rotation.dyn (26.6 KB) [image] [image]

Setting Rotation along a path Packages

I’ve been trying to follow the below attached Archi-Lab link to what I am trying to do. I’ve had to change tactics slightly because some nodes seem to have changed in the short time since the post was written. I’ve had partial success so far but am having trouble after getting the different angles between vectors. Please excuse the extra geo lines. They were there to help understand if my script was behaving as expected.   [15-11-03 rotation on curve problem]

The language of the forum is in English, otherwise it would be a mess if all users from different countries wrote in their native language. You can help by means of some translator to expose your doubts.

On the other hand, before creating a new topic you can support in the help of the forum. Most of the time the same themes have already been touched.

I went ahead and translated the posts quickly through google translate. Considering this forum is primarily English, most users may want to take the same steps to help mitigate any confusion.

Rather than deleting this post or anything, I figured we can go ahead and translate this one as it may provide a good result for others.

Thank you for your time in answering my question. The reason why I do not use the translator is that many times English teachers have told me that the translator is not accurate and last time I did a “topic” in Spanish and they answered it without any complaint I thought it was a decision of each Who to respond and who probably would answer me in my language. I regret my irresponsible behavior on the use of the forum. I will post doubts here in Spanish and English to avoid problems.
On the other hand, if each one published in its idiom, perhaps the forum would be much wider than it is and would be a great source of knowledge for all those who wish to learn. However one is the subject of discussion.

I agree with the idea of ​​continuing with the topic. I searched in English and I did not find a solution that would allow me to understand. In many cases there are many nodes added and I do not know if they are part of the response or are part of the model that come publishers, for that reason I decided to do the topic, besides that comes with the doubt that I need to move each one of points. Thank you again for your time / response / attention call / constructive criticism