One result in Refinery

Hello I´m having an issue with refinary. It Generate many options but they are all with the sames results. I´ve checked the dynamo script and at the same input genearte a different result. I´ve tryed to put some cleans nodes after sliders but i still have the problem inside refinary. Someone can help me? 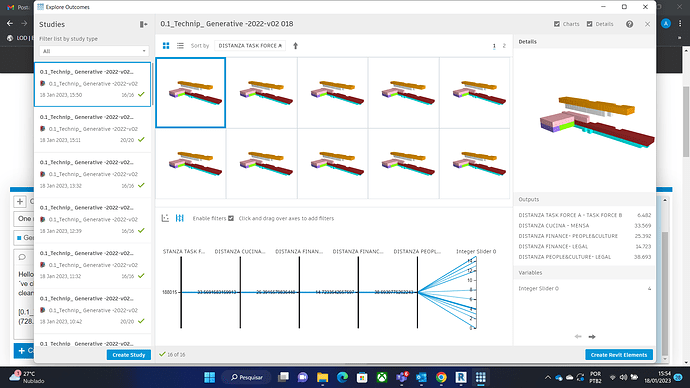 @abaghin, could you include a screenshot of your study inputs? My guess is you need to generate more than 16 results so that the variables explore a larger range.

My inputs are rooms geometries and one slider. I´ve limited sliders option to 16, but i´ll try to incres it. The point is that is I put the slider in the same position as refinary calculate i have a different result within Dynamo, as you can see in the picture: 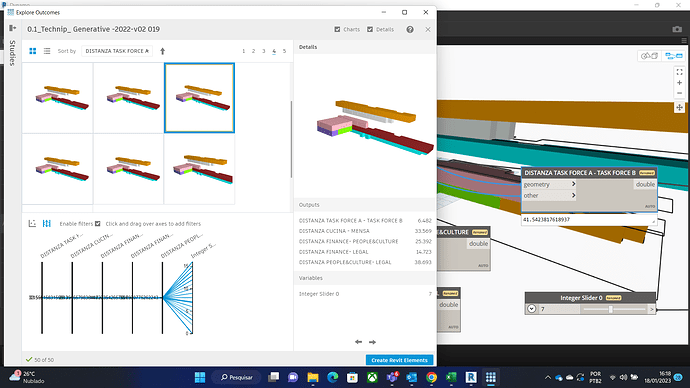 Have you cached all the data coming from Revit? You may still have something in your graph that can’t update outside of Revit.

The only node that calls revit is the one that collect rooms gemetries and I´ve already put a data.remember. I´m using just standard nodes and the only pyhton node is for an If operation 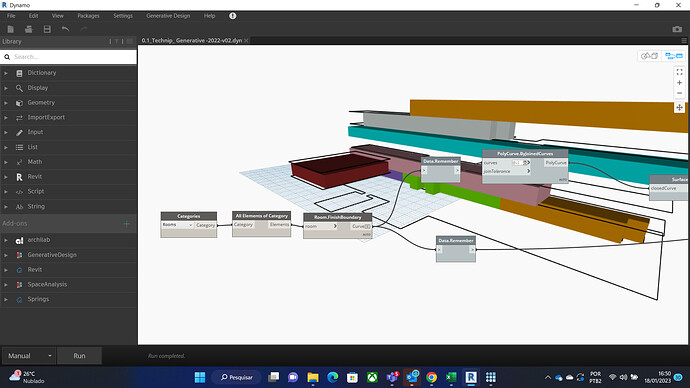 Can you show a screenshot of your whole graph, with node previews pinned? You may have custom nodes that contain Revit references. Even if they aren’t used, those references will still cause problems.

The graph is quite big, I´ve shared it in my first post. 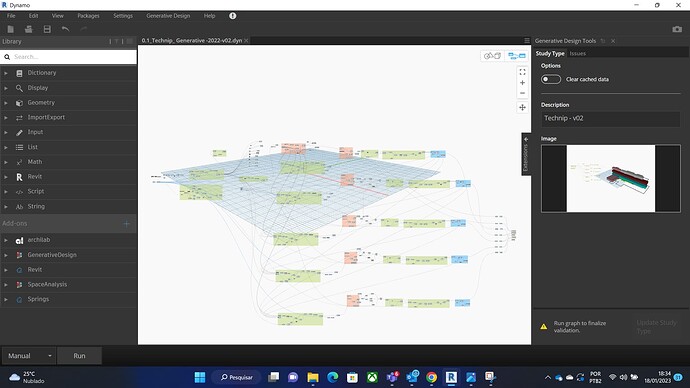 Unfortunately it could be nearly impossible to reproduce your issue without all your files and knowing exactly what you’re doing. Try posting a new screenshot using the “Export Workspace” button (camera icon) in the top right corner of the window. Again, be sure to have all the node preview bubbles pinned so we can see what’s going on as well. Otherwise we’re essentially blind.

Also, try and run the graph in Dynamo sandbox, and confirm the results are always the same if you use the randomization method in generative design.

I´ve already triesd to uplaod the image of the graph but is to big, I´ll share the revit file (2022). Tomorrow i´ll try also dynamo sandbox.

I´v tried to use it in dynamo sandbox, the only error was to use pyhton 3. I´ve changed but I still have the same error in refinary.

I´ve simplfied the graph (manteinig the logic) and managed to create the image (the graph in refinay gave me the same problem.

Image isn’t readible. Can you zoom in on the nodes so names are legible, and export again?