Modify the elevation of a polyline 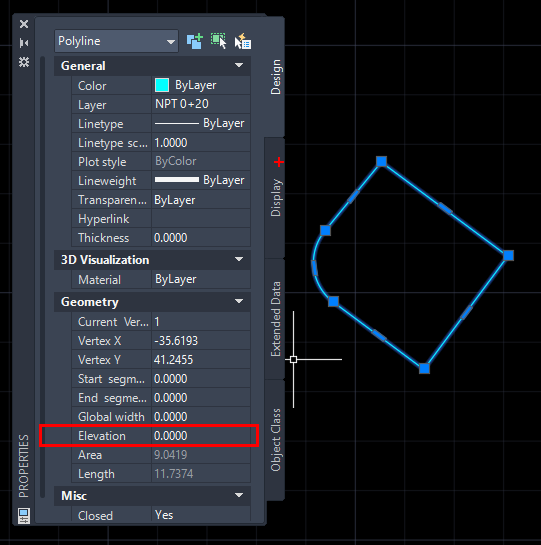 Translate the geometry with a vector.

Could you give an example of what you say?

You can use Geometry.Translate. This deletes and then re-creates a polyline so if you have data attached to it, it could get deleted, just a warning.
TranslatePolyline.dyn (32.7 KB)

Very good answer, I just tried it and if it works, I have a doubt that it is something that I was trying, this could not be called in a chain since there is a command that is used to make the elevation change
“EditPlineElevs”. 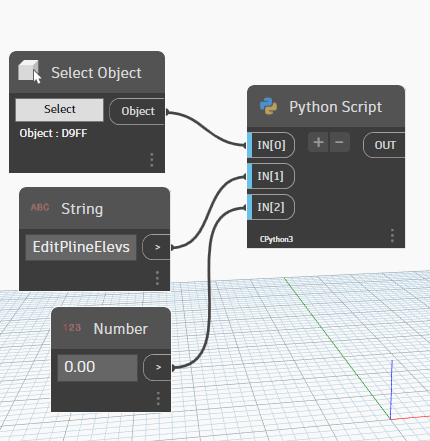 This deletes and then re-creates a polyline so if you have data attached to it, it could get deleted, just a warning.

I think this could be a lot simpler by just using the Object.Transform node. This post should help.

Hey Andrew, You could use the Object.Transform node for this. The coordinateSystem input can be a little confusing, but here’s how it works. Say you create a coordinate system with it’s origin at (0,0,100) and supply that as the input. This would move the object by 100 units in the Z direction. The transformation would be relative to where the object is currently located, so basically adding 100 units to whatever the current Z value is. The same thing would apply for rotation. If you needed to …

Thanks so much for the code review Zachri.

Thanks for all the answers

The Civil 3D Toolkit has a SetParameterValueByName node: