Is there a way to see the values lower than 10e-5 in Dynamo?

When I multiply the lists, the results (that are well below 10e-5) are reported as null. Is there a trick to see the resulted values?
I tried exporting them to Excel, but the cells are coming off as empty. 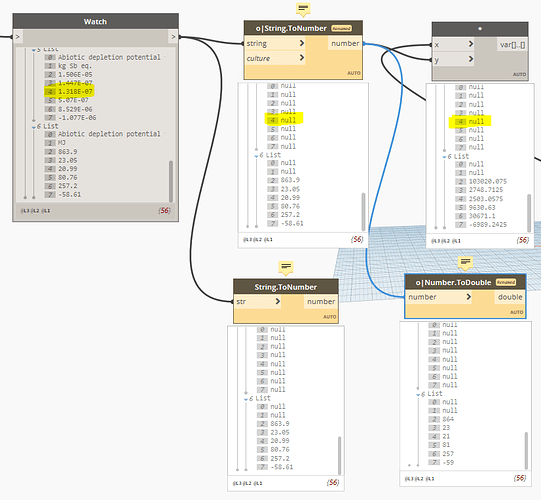 As you can see this issue isn’t with multiplying, it’s with converting the string back to a number. That node won’t work with that notation. You might be able to find a custom node that can handle converting scientific notation, but I’m guessing you’ll have to write something yourself. You can do it with nodes by pulling apart the string or you can use python (which does support scientific notation).

as @Nick_Boyts said, this is because it is a string that cannot be converted using the ToNumber node.
somehow you can figure out a solution based on this concept below