I’m working on something that sizes pipes and I’m trying to create an exception for pipes connected to fixtures when the pipe should be sized according to the connection size and not the fixture unit count. I’m using a python script node and a script (pictured below) that I found online that grabs connected pipes, but it seems like if there’s a reducer between the fixture and the pipe it grabs that so when I try to set the pipe’s diameter it doesn’t work. 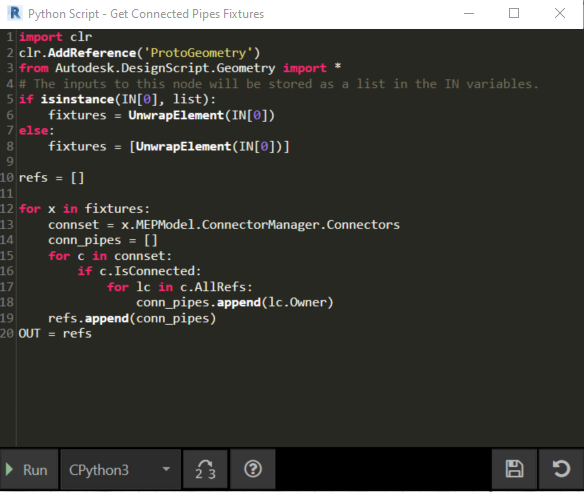 I tried to switch around the order of operations for the various set parameter functions in case it was switching the pipe to the connection size and then switching it back, but I don’t think that’s it, and if it’s in the python node I just don’t know enough python to fix it.

This code just steps through and gets each of the elements (AllRefs) connected to the fixture. It sounds like you need to step through each of the reference owners and filter out the ones that aren’t pipes.

So that’s exactly what I have (assuming I understand you correctly), am I filtering it incorrectly?

The more I look at this the more I’m convinced that’s part of it, half of these fixtures don’t seem to have a drainage pipe connected to them: 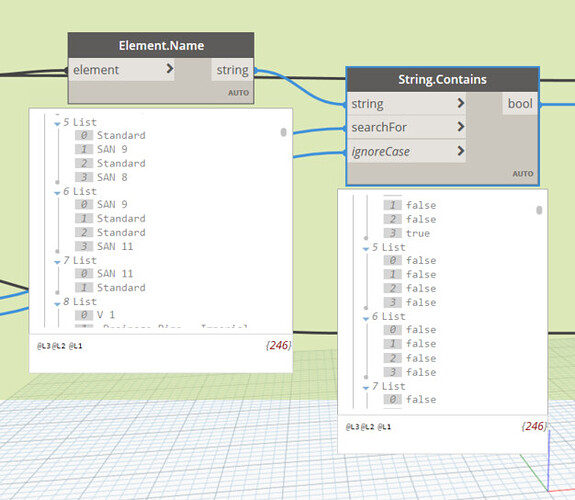 The ones that do are only connected to Vent it seems: 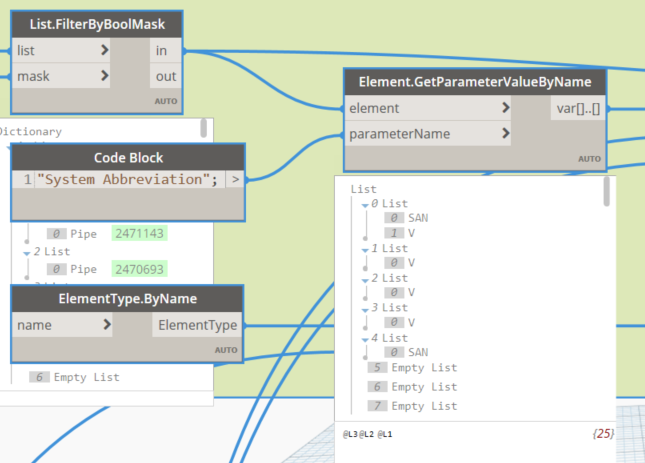 And all of the fixtures connected in series have different system names for each pipe in between (The part of this network where all the pipes join together is SAN 4).

That sounds like an issue with the pipe network then.

And thank you for all your help Nick, I really appreciate it