Get Revit.DB.Reference from a grid

Does anyone know how to get the Revit.DB.Reference from a grid?

I’m using the NewDimension method which quires an array of geometric references to which the dimension is to be bound. But the grid does not seem to have any such geometric reference. According to this post, I need to include non visible geometry. But I’m not sure how that is done. Any thoughts? 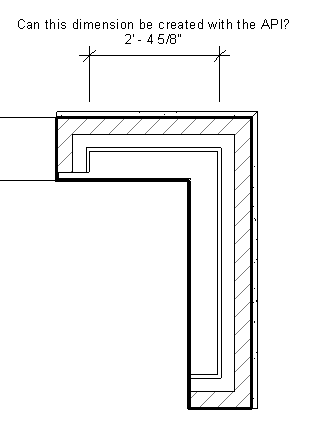 How to Retrieve Dimensioning References

Several cases recently came up asking how to obtain references to programmatically create dimensioning elements. These hints expand on the recently discussed topic of creating dimensioning between family instance insertion points. They were raised by...

Doesn’t seem to work on grids… 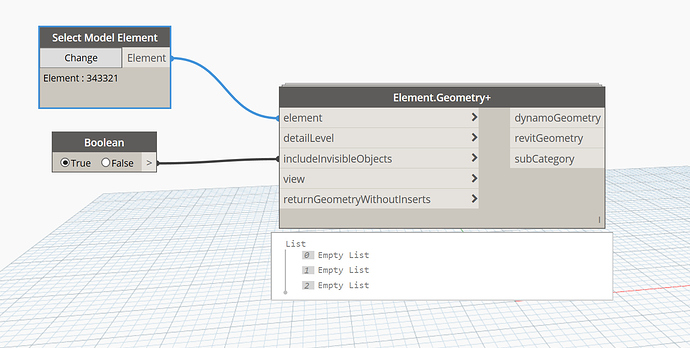 If its just Grids you can use
Maatvoering Stramienen.dyn (62.3 KB)

I posted Element.Geometry+ since it has the method for invisible objects inside it in Python, which might be of use.

The OOTB dimension node only works with line based elements (such as grids). I’m trying to create a string of dimensions to various elements - grids, stairs, walls, etc. For this I need the Revit.DB.Reference. I can get this for the other elements, but not grids. Any other thoughts?

Extract the geometry of the grid and get a reference from the contained curve(s). Be sure to set ComputeReferences to true

Is this what you mean - Grid > curve > reference 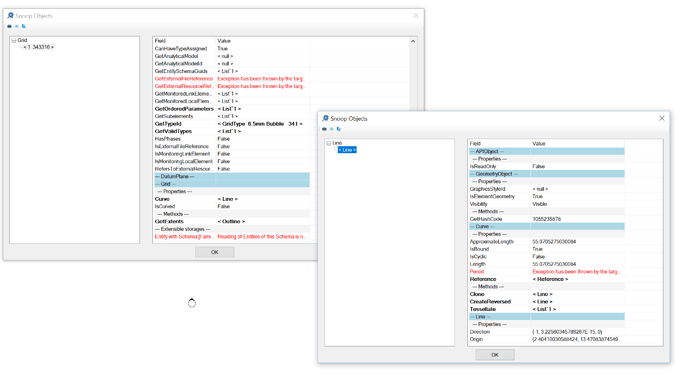 I can get this but to be able to use it for creating a dimension, it needs to be a Revit.DB.Reference doesn’t it?

Last time I checked, clockwork’s node filtered out only solids. You need to use similar code but get the curves of the grid instead. Once you’ve done that with geometry extraction options that had the compute references turned on, you’ll be able to pull out a valid reference for use in dimensions.

Hello Myhail, have You resolve this by any chance ? I am searching for same solution but with no API experiance.
Regards 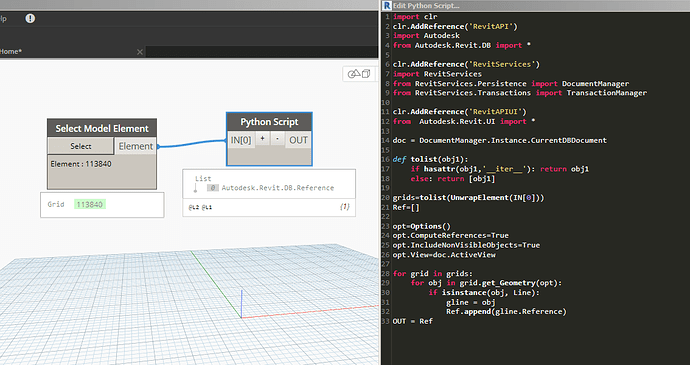 Copy the following code into a Python node

@Paul_Wintour, you can get Reference by this way also;