I know that you can select feature lines from a site, however, I want to be able to select a feature line by the layer as naming the feature lines would be time consuming.

I see that there is a layer description for the AUTOCAD Package, but I believe that is just to set the layer properties and cannot be used to select the feature line.

Correct me if I am wrong.

Try the All Objects on Layer node.

So I believe if I just use the AllObjectsbyLayer node I would need to use a string to call the layer, correct? What I did instead was bring in all layers from current drawing but i do not see a way to just select the layer from the list without using a string, I believe. Please refer to attached image. 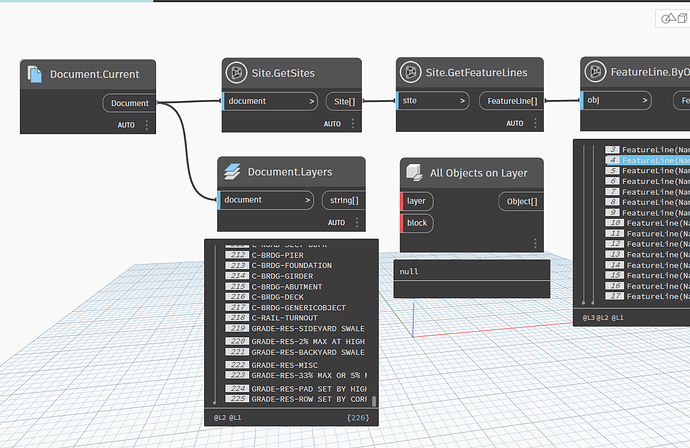 Yeah, I tried connecting the string node to the AllObjjectsonLayer node and it gives me a null after running it.

You’ll need a Document.Current node followed by a Document.ModelSpace node, which will give you the ‘block’ input.

Was that what you meant? 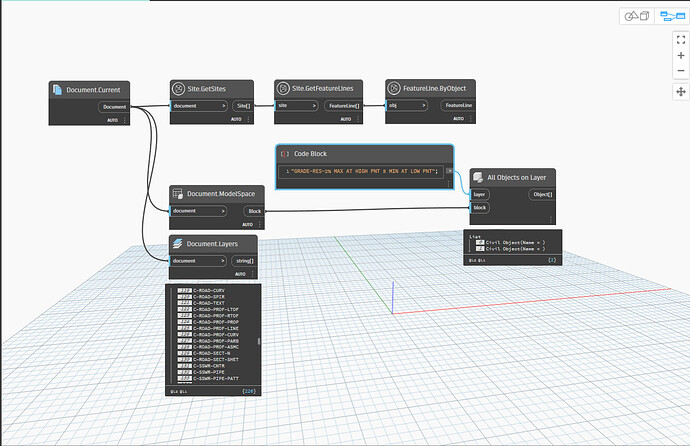 So I am now able to “Select” the objects by layer, now the real question is if I can still manipulate it going this route without having to select feature lines by site. But that will be in another post.